UFC Liverpool: Darren Till misses weight; weighs in at 174.5lbs 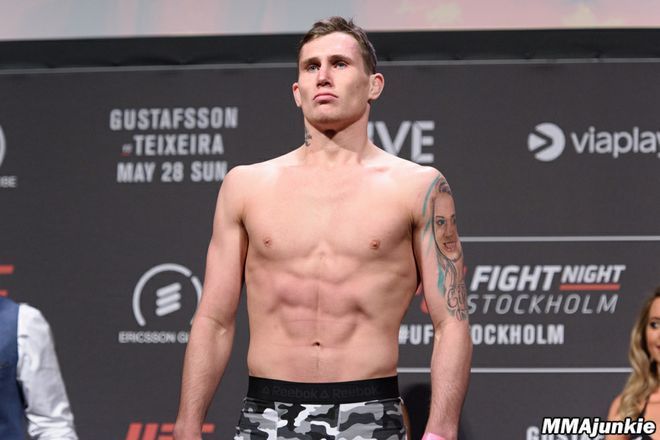 The UFC Liverpool weigh-in results are in and the biggest news is headliner and hometown hero Darren Till missed weight by a massive 3.5lbs.

Darren Till weighed in at 174.5 lbs, which is 3.5 lbs above – even after the cut-off weight at 171 lbs. Darren Till was given additional time to cut weight due to a ‘family emergency’, but ‘The Gorilla’ just couldn’t cut enough. 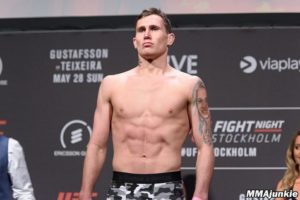 His opponent Stephen ‘Wonderboy’ Thompson, however made the 171 lb cut-off mark. The fight hasn’t been finalized yet – and it depends on whether Wonderboy gives the green signal. If the fight goes ahead, he will receive a minimum 20% of Darren Till’s purse.

Darren Till previously claimed he was a natural Light-Heavyweight and shouldn’t be allowed to pick on welterweights.

“I AIN’T NO WELTERWEIGHT,” HE CONTINUED.

“I’M A LIGHT HEAVYWEIGHT IN THE WELTERWEIGHT DIVISION. IT SHOULD BE ILLEGAL, WHAT I’M DOING.

THE UFC SHOULD BAN IT BUT THEY CAN’T BECAUSE I DO IT NATURALLY AND I DO IT PROFESSIONALLY, AND NO ONE CAN DO A FUCKING THING ABOUT IT.”

Now – this mishap is going rustle a few jimmies in the UFC Welterweight division.

Molly McCann, another Liverpool native was the only other fighter to miss weight. She weighed in at 127 lbs for her Womens Flyweight bout with Gillian Robertson.

Here are the full results from the early weigh-ins.

UFC: Darren Till predicts how his fight with Stephen Thompson will end

UFC: Darren Till believes Wonderboy not on his caliber

Previous articleUFC: Nick Diaz arrested for ‘alleged’ domestic violence by strangulation; friend comes in defence
Next articleUFC: Darren Till opens up about missing weight, feels there are no excuses for the missed weight and is embarrassed by it