David Branch who is coming off a big knockout win over Thiago Santos last April on UFC Fight Night at the Atlantic City is trying to land a fight with longtime contender Ronaldo Souza. But according to Branch, Jacare isn’t even interested. 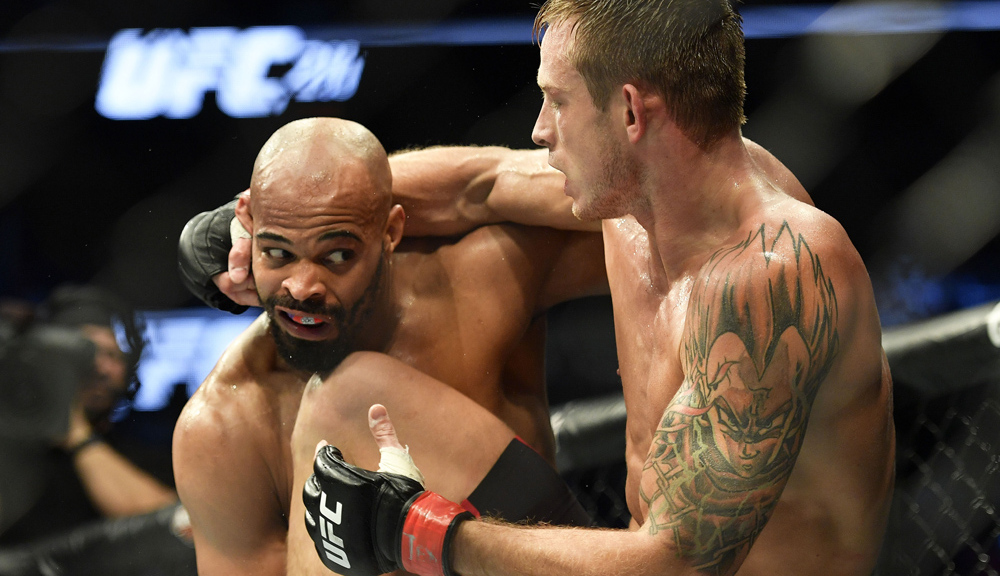 Branch (22-4) has accepted an offer to fight Souza (25-6) at UFC Fight Night on Sept. 22 in Sao Paulo, Brazil, but Souza has informed the UFC he’s not interested in that matchup.

I just want to be clear to everyone I’ve been offered to fight JACARE main event August 22nd in Brazil and he’s not feeling confident enough to take the fight. @arielhelwani @DamonMartin @bokamotoESPN @sherdogdotcom @NewYorkRic @lthomasnews

Few Weeks back Jacare Tweeted out that he wants a rematch against Yoel Romero and Kevin Gastelum as those were the fights he was looking forward to.

I want a rematch against Yoel Romero or Kelvin Gastelum. These are fights that make sense for me at the moment. #rematch @ufc @danawhite @seanshelby

Earlier today David Branch called out Jacare Souza on a video he published on the Social Media platform.

He said in the video that they both were scheduled to fight two times before on a short notice, but now they have all the time in the world to make the fight happen. He also pointed out that Jacare was #5 and he was #7 and Jacare lost his last fight to guys ranked in top 5 and he won his last fight to beat the guy who was a four-fight knockout streak.

I’m passionate about this fight and this is my message to @JacareMMA @danawhite @Mickmaynard2 and the @ufc let’s see who’s the best. I love my job pic.twitter.com/4oyxFlL2Na

Jacare is currently ranked at number five at middleweight, while Branch is at seven. So the bout does make sense from a rankings perspective. We’ll just have to wait and see if the UFC can get both fighters to agree to the fight, not just one.

Photos : The Darren Till story