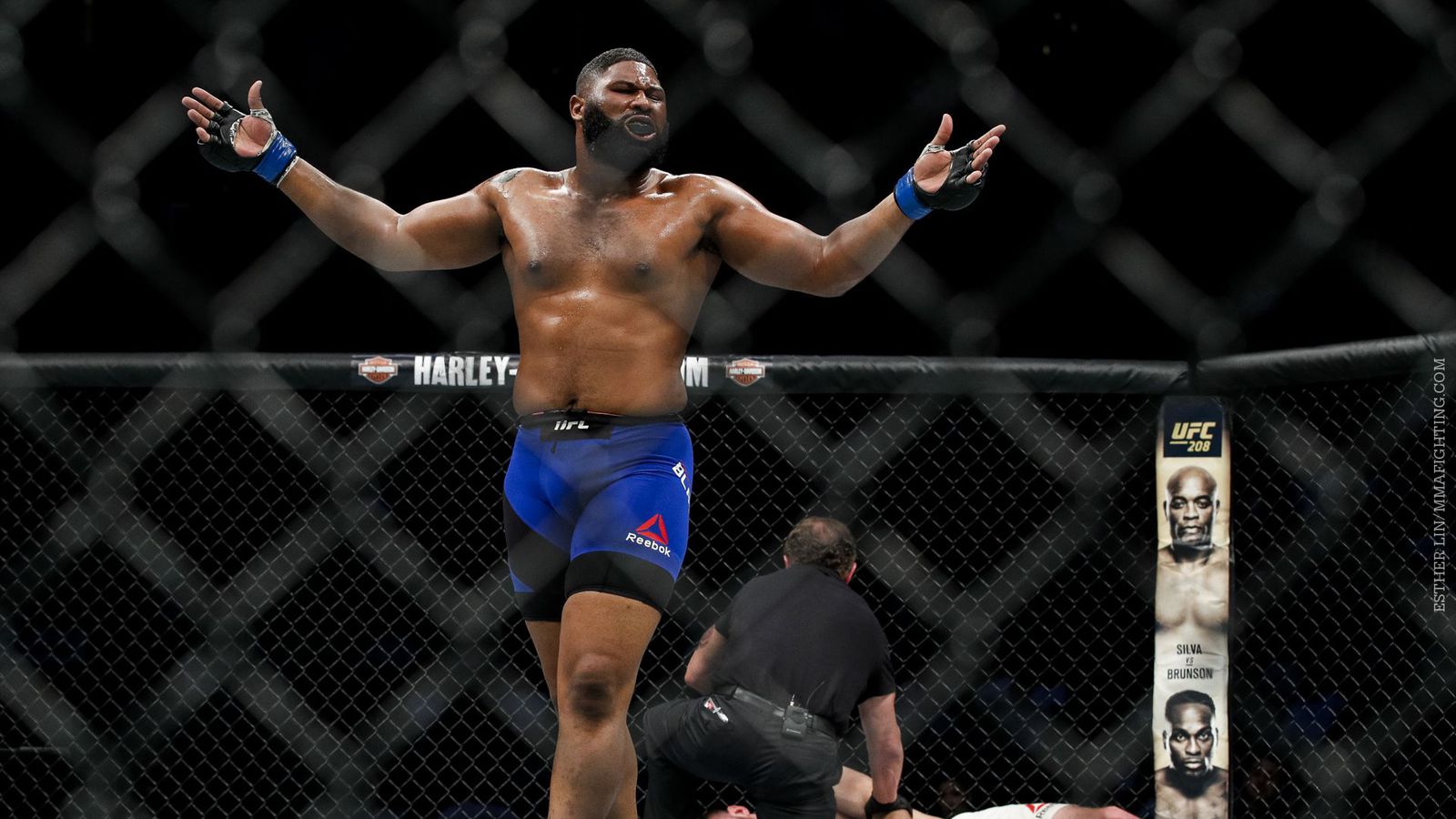 At UFC Fight Night 141, #3 ranked heavyweight Curtis ‘Razor’ Blaydes will try to avenge the only loss of his pro career as he takes on former title challenger Francis ‘The Predator’ Ngannou in a rematch.

Barring the setback which he faced in his debut, Blaydes is on a tear. Blaydes is on a five-fight winning streak, his last two especially being against former UFC interim title challenger Mark Hunt and multiple time world champion and former UFC title challenger Alistair Overeem. A granite chin, decent striking and a strong wrestling pedigree at the age of 27 means only one thing – A title shot.

One can have an argument as to whether Blaydes already deserves a title shot. However keeping in mind the landscape of heavyweight division with champ Cormier slated to fight Lesnar, Blaydes will have to wait. However, champ Cormier does advocate a title shot for Blaydes in near future.

“Curtis Blaydes is a new guy,” champ-champ Cormier said. “This is a big, strong, durable wrestler, who is now gaining confidence in his hands. What I’ve seen from Curtis Blaydes is constant evolution and a guy that’s on the cusp of fighting for a UFC championship.”

Blaydes in an interview with MMAjunkie appreciated the fact that Cormier addressed him being next in the line.

“That’s respect. Real recognize real,” Blaydes told MMAjunkie on Wednesday. “He knows I’m on the way. I’ve been telling people that for the last eight months, but having him bring it up, it only validates the things I’ve already been saying.”