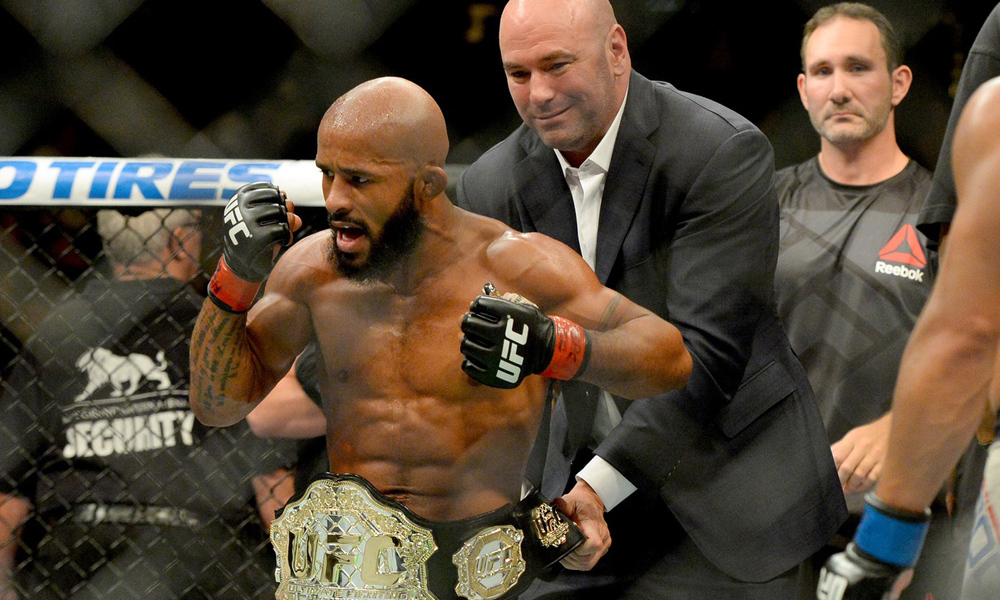 Outside the octagon the UFC flyweight champion Demetrious Johnson is known to be a fun-loving person who loves to play pranks on people. In a recent prank, Johnson pretended to be the UFC bantamweight champion T.J. Dillashaw during the UFC media call and answered a reporter’s questions aimed towards Dillashaw. 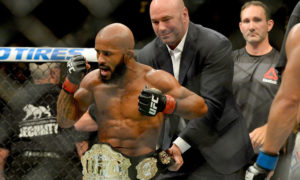 The reporter apparently got confused and asked questions to Dillashaw in the official time allotted to Johnson and his opponent Henry Cejudo. However, Dillashaw and his opponent Cody Garbrandt were scheduled to be on the call around thirty-minutes later.

“Mighty Mouse” though decided to have a little fun and went on to impersonate Dillashaw and answered all of his questions before finally revealing his true identity a while later. Here’s how the conversation went:

(On whether Dillashaw is disappointed to fight Garbrandt in his first title defense) Yeah you know I think this is the job you know first time at Madison Square Garden taking out Cody you know. But there’s no other number 1 contender out there so just give it to him man.

(On whether he feels if Garbrandt will give him an immediate rematch or not) Absolutely man, absolutely. I feel Cody is a man of his word. I do believe we’ll have a rematch regardless of whether i win or lose.

T.J. hasn’t been on the call this whole time, that was me pretending to be T.J.

You can listen to the entire conversation in the video below: