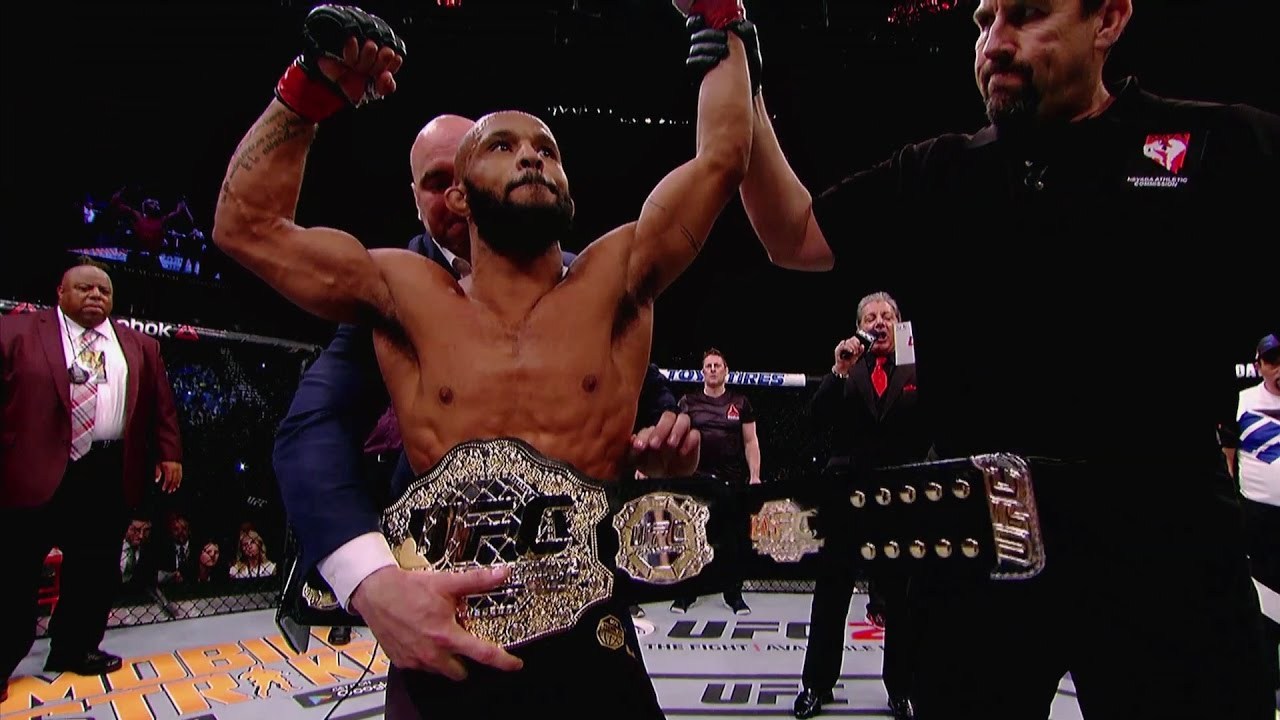 Currently in negotiations with the UFC for the TJ Dillashaw super fight, Johnson claims that talks have cooled off, though maintaining interest in the fight itself.

Speaking to Ariel Helwani’s MMA Hour, DJ had this to say regarding the whole situation:

At the end of the day, UFC is a business. T.J. obviously just won the belt and he’s been the champ for maybe five or six months, and so there’s still a line of contenders he could fight in the division.

You have your Dominick Cruz, Jimmie Rivera, the Cody Garbrandt rematch, so they have options for that one. Whereas for me, I have options as well and rematches and whatever.

But I think TJ wants this fight because it is probably a bigger paycheck for him, and hopefully for me too, so we’ll see what the UFC wants to do.

However, the one big caveat in the whole situation for DJ is that he is unwilling to go up in weight for a super fight against TJ Dillashaw.

Already one of the smallest Flyweights, Demetrious Johnson had a chastening experience when he competed against former UFC bantamweight Champion Dominick Cruz in the past, and it isn’t something he wants to revisit.

I’m going to be frank and honest. If I went up there and beat T.J. Dillashaw at 135 pounds, I have no interest whatsoever in staying at 135.

People are like ‘why not?’ and I’m like I have no interest in fighting guys who walk around at 160 pounds.

That’s going to put more wear and tear on your body. You can do X, Y, and Z.

I’m looking at the my longevity of my career, I want to fight another 5-6 years whether I win or lose, and I’m going to do that fighting guys my size

Do you think DJ is fair in his assessment of his chances at bantamweight?

Let us know your thoughts in the comments section below.

UFC: Darren Till wants to be a three-weight champion