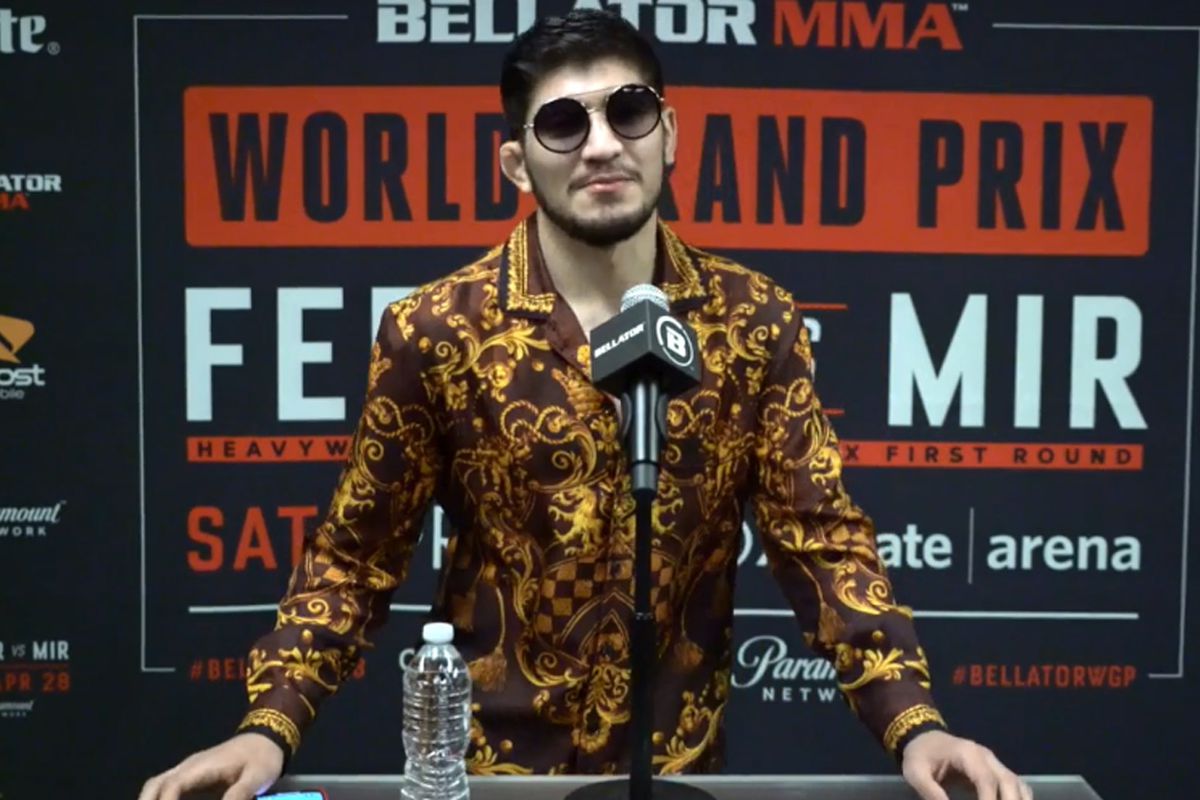 Dillon Danis, a Brazilian Jiu Jitsu prodigy and Conor McGregor’s BJJ coach recently made his long awaited transition into MMA. He beat Kyle Walker (2-5) on his professional debut via toehold at Bellator 198.

However, long before he ever made his debut, Danis was known for instigating fights and drama outside the cage. The outspoken fighter, much like his idol, Conor McGregor- does not back down from a fight on Twitter. The recent of which came against former UFC middleweight champion Michael Bisping.

Michael Bisping recently slammed Dillon Danis on his podcast ‘believe you me’, for ripping off Conor Mcgregor’s persona.

“Not only is he Conor McGregor’s jiu-jitsu coach, he’s seeming to try to morph and copy McGregor’s antics.

Certainly his clothing. Conor does wear some f*cking really nice, cool shit and Dillon Danis is like the poor, second-hand, overwashed, hand-me-down version because his clothes are f*cking terrible.

But, he’s trying to be Conor so hard, it’s laughable. Does that mean you can’t find that person annoying?

Does it mean that he’s not an irritating, annoying f*ck that he’s purely ripping off his teammate and friend?”

“I’m just saying with the clothes, with the talk, with everything he’s just a carbon copy of everything Conor does.

But as I say, we’re talking about him so it’s working. He probably knows that this kind of behavior, as it did with me, encourages more people to want to see you get knocked out than win.

But at the end of the day, it doesn’t matter. The bullshit that he’s doing, the shit that he’s spewing is working.” – (via JOE.ie)

Dillon Danis did not take lightly to having his fashion sense mocked – and countered on Twitter.

don’t think you should be giving out fashion tips kid stay in your lane. pic.twitter.com/6fHdyO3VXO

Well affliction paid me a lot to wear that jacket. It’s called sponsorship, you may wanna try and get some. Also, if you’re gonna spend hours trawling the web looking for a bad pic, there’s way worse ones than that. #fail https://t.co/ADDBMrYpXN

Next to get into the action was former UFC lightweight champion and current WW interim challenger Rafael Dos Anjos.

Danis has picked up quite the knack of getting under peoples skin – much like his idol, Conor McGregor.

Kiddo?? Say that when you see me…I was winning world titles when you were playing with you legos

Whether his off-cage antics will translate into in-cage performances is uncertain for now, but Dillon Danis seems to be doing the right work in turning the spotlight towards him.

MMA: Dillon Danis channels his inner Conor McGregor, claims he will “own Bellator” after this weekend

Bellator MMA: Dillon Danis says that he is too good, calls out Ben Askren