UFC: Dominick Cruz reveals the time when he and Michael Bisping almost got into a fist fight 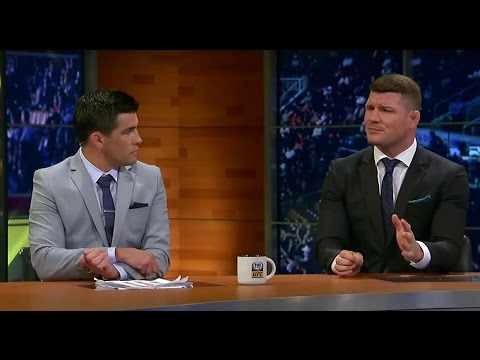 Former UFC middleweight champion Michael Bisping and the fomrer UFC bantamweight champion Dominick Curz have always been involved in a lot of banter with each other. Bisping, who is now retired, currently hosts a podcast titled “Believe You Me”. In the latest edition of the podcast, Dominick Cruz was one of the guests and he revealed a rather interesting story about an incident in their personal lives where they almost exchanged blows. 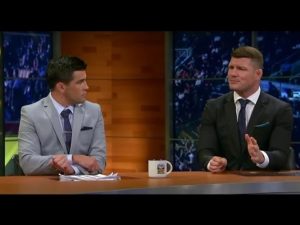 Bisping and Cruz who are colour commentators and pundits for Fox often work together and are continuously involved in plenty of banter with each other.

On the podcast, Cruz revealed a story about how him and “The Count” went to a bar and Bisping got extremely intoxicated. He further revealed that Bisping got so upset while drunk, on a comment made by Cruz that they were about to have a physical altercation. However, people intervened and Bisping instead punched and knocked-out his own brother. Below is an excerpt from Cruz’s story:

Me and Bisping, we work all day and we are always getting at each other all day. We’re kind a like throwing low blows all day long on t.v. We all know Bisping can dish it out, but he has a hard time taking it. So after a while we go upto this bar, he has a couple of champagnes, and his brother and a few of his friends fly in from Manchester. When they get there Michael is happy now. Now he is good, so again a couple of more champagnes. We are drinking, we are having fun, chilling.

Then we get into this area, where we are all trying to figure out what we are gonna do. Michael looks at me because I probably said something probably a little below the belt and he gets upset. He grabs me by my shirt and says “Listen, you little shit. I’m not gonna take you talking to me like that anymore”.

He snapped and people had to intervene to stop us.

You can watch Cruz’s narration of the incident below:

UFC: Georges St-Pierre says he does not consider himself the ‘greatest’ of all time

Previous articleVIDEO: Fighter brings a small person in Terminator mask to the weigh-ins
Next articleUFC: Daniel Cormier hits back at Jon Jones saying that he wants to beat him two more times