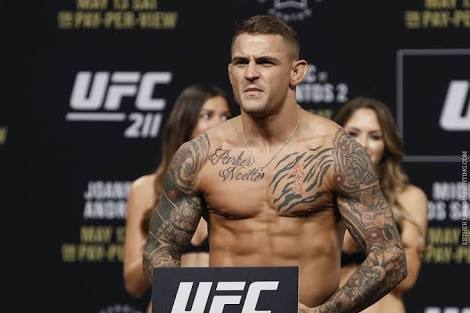 In Dana White’s quest to find a main event worthy for a card as iconic as UFC 230, we, unfortunately, lost a fight which was probably the ‘people’s main event’ as #3 ranked lightweight Dustin ‘The Diamond’ Poirier pulled out of his fight against a returning #8 ranked Nate Diaz.

Speaking with MMAFighting’s Luke Thomas on the MMA Hour last week, Poirier revealed that he suffered a hip injury. He said that the hip injury affected his range of motion and internal rotation up to a level that he couldn’t put in the training sessions that he would ideally desire.

Poirier, however, said it would be a quick turnaround and he would like to get back into action as soon as before 2019. As per the final diagnosis, Poirier might actually correct. He took to Twitter to reveal the good news. (via Twitter):

So here's what's up for everybody asking

I do not have to have surgery!! I'm going to stay in LA and get stem cell injections in my hip on Monday. From that point I will have a 3 week recovery. After that I will be able to go back to training 100%.

With the current timeline, UFC 232 seems to be the perfect returning ground for Poirier. UFC 232 is shaping up to be the biggest card of the entire year with a champion vs. champion super fight and the much-anticipated return of former light heavyweight champion Jon Jones, hence the rebooking of Poirier vs. Diaz does make sense.

However UFC president Dana White is skeptical about Diaz’ desire for fighting. He addressed the issue claiming, “I’m not interested in making a Diaz fight until Diaz is just absolutely dying to fight. When he’s ready to fight he’ll let us know.”

Previous articleUFC: Luke Rockhold out of UFC 230, Jacare steps in to fill his spot
Next articleAli Abdelaziz discusses Khabib vs Floyd: ‘Khabib can knock him down!’