UFC: Dustin Poirier is looking for a title shot after his fight against Justin Gaethje 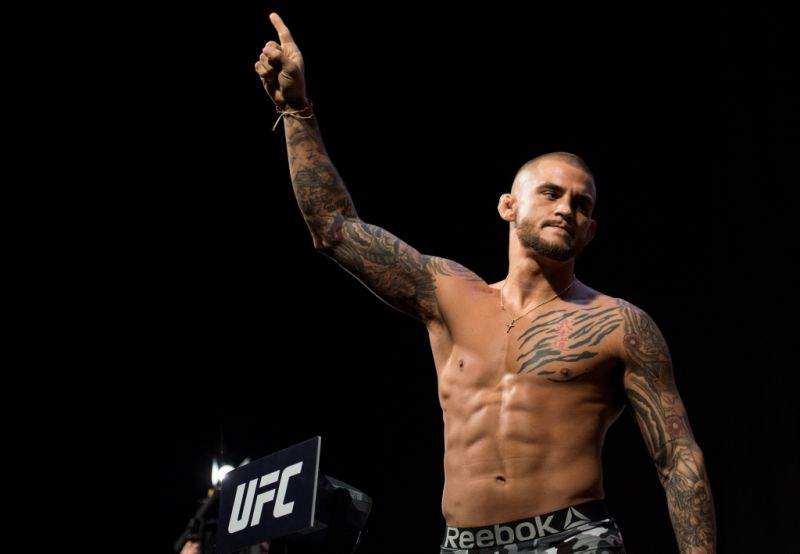 Dustin Poirier has his eyes set on the UFC Lightweight championship. Poirier, who got a huge win against Anthony Pettis in his last fight, also landed a new contract with the UFC. Though he had three more fights to go in his old contract, the updated contract apparently came at the right time.

In a recent interview with MMA Junkie, Poirier revealed that the new contract is a big boost for him.

“I just rewashed my old contract after my last fight and got a new contract. I got close to my goal. I still believe I’m worth more money, but we’re happy with where we’re at. Me and the UFC are on good terms and like I’ve said, I would fight the rest of my career in the UFC. I want to fight until I’m 35. I would love to do another six years in the UFC, but as of right now I’m happy, and I hope they’re happy. I’m going to keep putting on great shows and putting everything into my training camps. That’s all I can do,” he said.

According to him, there is ‘Championship Language’ as well in the new contract.

“I don’t know how many contracts I’ve had with the UFC, but this is my first contract with championship language in it. We have a plan figured out for when I win the belt, and it’s in my contract. This is my first contract with that in it, and I’ve had a lot of contracts with the UFC. This is the closest I’ve ever come to being a world champion, and everything is happening like clockwork like it’s supposed to.” He added.

While he is currently preparing for a showdown with Justin Gaethje, Poirier is poised to get a title shot soon. He said that he hopes to get a win against Gaethje but admits the fact that MMA is a crazy sport.

“In my heart I’m hoping I get this W, put on a great performance, show my skills, and I get a title shot next. But this is a crazy sport, and we see crazy things happen.” He concluded.

Previous articleUFC: Cub Swanson reveals the reason why he re-signed with the UFC
Next articleFIGHT/EVENT ANNOUNCEMENT 27/3/18