UFC: Eddie Alvarez explains his contract situation heading into the final fight of his contract vs Dustin Poirier 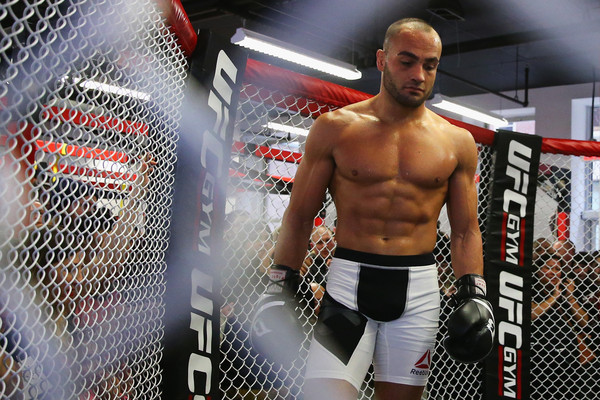 This weekend’s main event at UFC on FOX 30 will be Eddie Alvarez’s final fight on his current contract.

He has chosen to hold out on an extension, for a more lucrative offer from the UFC. 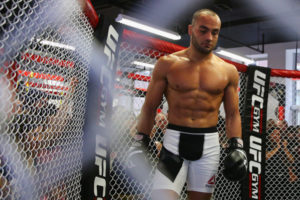 Talking to ‘The MMA Hour’ Alvarez explained his position.

“I don’t think there’s any reason why not to — that’s why,” Alvarez said.

“I haven’t been given any reason why not to. I guess that’s the best I can say. If I was given enough where I thought, ‘Hey, it’s not worth the risk,’ I’d say, ‘OK, I’m not gonna roll the dice here, this is very good, this is what I feel I’m worth and I’m just gonna keep going and going.’ But I haven’t really been given a good enough offer to not take the risk that I’m willing to take.”

“I think we’d get a deal done for sure,” Alvarez said. “We’re just not there yet. I know with the UFC, you never know when you strike a deal. But I’m patient. I’ve learned to be patient, because in the past I’ve gotten ahead of myself and maybe left a lot of money on the table. I don’t know.”

“I think what’s fair is fair and every fighter, it’s a very individual thing, how much each fighter deserves and should get paid. I think I bring a lot of value and when I fight I make this company a lot of money and I make a lot of fans excited. I want to be shared with a little bit more than what I’m being shared with. That’s all.”

Alvarez went on to explain the merits of his demand.

“I don’t believe it’s significant, no,” he said. “Considering how much the company makes, no. It’s peanuts — it’s a quarter.”

“They’d be flicking me a quarter, considering what they make when I fight. What I’m asking for is not just what i feel I deserve right now. In the past eight fights, I look at who I fought — co-main and main events, some of the largest cards in UFC history.”

“With the McGregor fight, sell out crowd, selling out MSG. I’ve been involved in some pretty lucrative and I feel like I should be shared with a little more considering. It is what it is. That’s business, man. That’s just the way it goes sometimes.”

Eddie will be facing long time nemesis Dustin Poirier in the make or break fight. The first fight between them was a classic – which ended in a NC after Alvarez knee’d Poirier in the head, while being grounded.

A win over Dustin Poirier will not only put Alvarez in a better bargaining position, but it also might get him a crack at Khabib Nurmagomedov’s LW title.

UFC: James Vick not worried if Justin Gaethje switches to his wrestling base

Previous articleThe ‘Notorious’ Nick Newell is just one bout away from his historic UFC debut
Next articleUFC: Tyron Woodley roasts Colby Covington and Darren Till