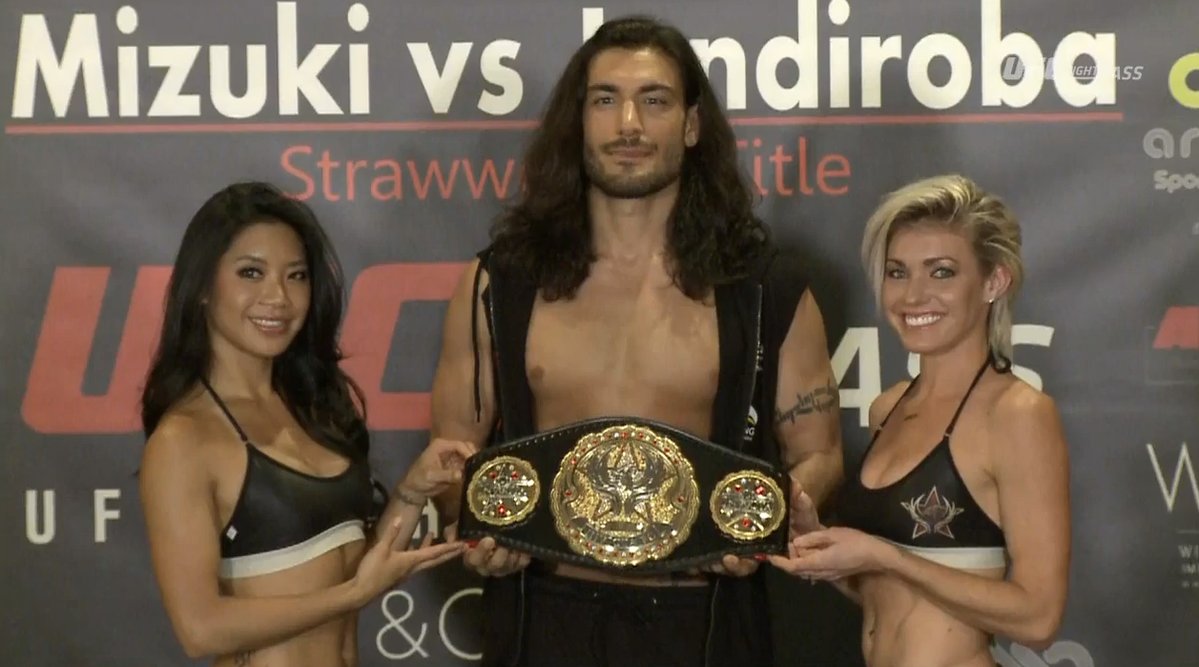 UFC Middleweight Elias Theodorou is set to make his debut as a ring boy for Invicta Fighting Championship this weekend. The MMA Community was split when the news initially came out but now, Theodorou has won over the haters with his seriousness and commitment towards the whole thing.

He was present during the Invicta FC 28 weigh-ins last day and posed for many pictures as well. On his Twitter, ‘The Spartan’ then noted that he is honoured and humbled to be part of the promotion.

“I cannot tell you how honoured & humbled I am to be a (small) part of @InvictaFights 28. I can’t wait to watch these amazing female athletes compete. This isn’t about me; it’s about them. The main event will be awesome (for this belt). @EliasTheodorou  #ringboy™ #themaneevent™” he quoted.

Currently holding a professional record of 14-2 to his name, the Canadian also assured everyone that he is not doing this for the money in another tweet.

“It’s hellarious that you (wrongly) believe I’m doing this “for the money.” I assure you I make way more fighting. This isn’t about money; it’s about thinking outside the box, having fun and challenging norms,” he added.

One of the people that Theodorou managed to impress is Invicta chief, Shannon Knapp. One of the most respected women in the business, Knapp reiterated that Theodorou is pretty serious about being a ring boy.

“I didn’t think I’d ever allow this, because I don’t really want it to be a joke or anything like that. But he’s taking it very serious. He’s very excited about it, and he wants to be with the company longterm – not just this event. It’ll be interesting to see how the fans react to it. I’ve never met him before. I got the chance to sit down with him (Thursday night). He’s a good kid. I like his hustle. He’s definitely out there trying to do things to make life better. … Hopefully all goes well, and people will embrace it.” Knapp told MMA Junkie Radio.

The 29-year-old will become the first ever ring boy in MMA history when he takes up the job on Saturday night at the Union Event Centre in Salt Lake City, Utah. The fight card will be headlined the title fight between Mizuki Inoue and Virna Jandiroba. Former UFC fighter Pearl Gonzalez will also be making her Invicta debut at the event.

Previous articleUFC:Joe Rogan wants the ‘win bonus’ system out of MMA says that it is stealing money from the fighters
Next articleWWE: Molly Holly to induct Ivory into the Hall of Fame.