UFC: Fabricio Werdum is the best Heavyweight in the UFC according to Alexander Volkov 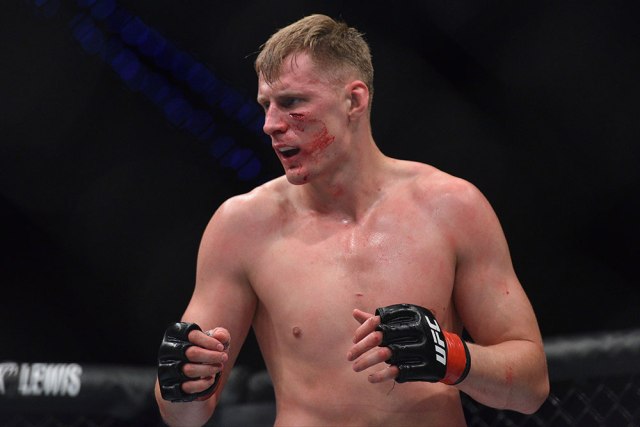 Alexander Volkov is set to headline UFC London. The Heavyweight prospect will face former champion Fabricio Werdum at the event. While UFC fighters are known to tear apart each other with verbal shots ahead of their fights, Volkov is taking a different route.

In an interview with MMA Junkie, Volkov spoke highly of Werdum and said that the Brazilian is the best Heavyweight in the UFC right now.

“Really, we’re kind of friends, but both of us have something to prove to everybody. For me, Fabricio is the best heavyweight fighter in the UFC. But I can prove something to everybody (by winning), and I’ve come to use this chance,” he said in the interview.

Cannot fight anyone outside Top 10

The Russian who is 29-6 in his professional career then revealed that he cannot fight anyone outside the Top ten at the moment as it would not help his career.

While concluding, Volkov mentioned that he is hopeful about fighting for the Heavyweight championship at one point or the other.

“I don’t want to be like ‘Give me the belt, right now. But I hope that this fight will put me much closer to a title fight. Maybe the winner will be fighting for the belt (next). It will be a hard fight for me, for sure. I’m prepared for a hard fight. I’m prepared for a long fight, so my feeling is that I have to do a little bit more than I can in this fight. So if I show it, I will win.” Volkov noted.

UFC London will be co-main evented by Jimi Manuwa and Jan Blachowicz and will also have the likes of Tom Duquesnoy, Terrion Ware, Leon Edwards among others on the card.

Previous articleUFC: Jimi Manuwa says that he is just a couple of fights away from a title shot
Next articleUFC: Darren Till desperate for a fight, ready to fight anyone