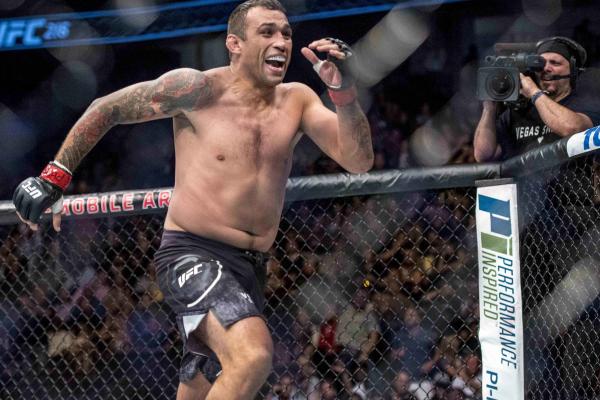 Fabricio Werdum will return to the Octagon on March 17 when he faces Alexander Volkov in the main event of UFC Fight Night in London.

Ahead of his fight at the event, Werdum was interviewed by MMA Fighting recently. During the interview, the Brazilian spoke about his desire to feature in the WWE. Werdum talked about the same when he was asked about the potential return of Brock Lesnar into the UFC.

”I think that both (at the same time) is doable. You can do WWE. … If I had the opportunity I’d fight there, no problem. It’s financially great. Fight at WWE, a spectacle that is fun to do. I’d definitely do it. I have a meeting Thursday about it, doing both (UFC and WWE). I want to fight, doesn’t matter where,” Werdum said.

Apart from Lesnar, former UFC Women’s Bantamweight champion Ronda Rousey is also making waves in the WWE. She joined WWE a couple of months back and is now set to make her in-ring debut in the promotion at WrestleMania.

Interestingly, Werdum also said that he has a meeting later this week with a WWE representative where he will discuss the potential deal.

The 40-year-old Werdum is 23-7 in his professional MMA career and is on a two-fight winning streak heading into the main event of UFC London.