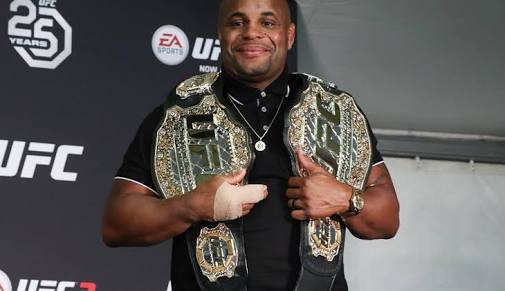 Former UFC light heavyweight champion Jon Jones is currently facing his suspension for violation of UFC’s anti-doping policy which could potentially lead upto a suspension of as many as four years.

Jones was tested positive for the steroid Turinabol in an in-competition drug test before his rematch against current double champ Daniel Cormier at UFC 214 last year. The infamous rivalry between Jones and Cormier will be forever remembered as the most intense rivalry in the history of the sport.

Jones who defeated Cormier via TKO in the third round, was stripped off the title and Cormier was named as the undisputed champ with immediate effect. Obviously that didn’t go well with the loyal fans of Jones. Cormier then defended his title against Volkan Ozdemir and went on to make history by defeating then heavyweight champion Stipe Miocic to become only the fifth fighter ever to hold the belt in two weight classes and only the second to hold them simultaneously.

Jones’ fans however are still not willing to accept the fact that Cormier is the undisputed champ. One of those fans took to Twitter to make a weird accusation on Cormier claiming someone from Cormier’s team tainted Jones’ supplements. (via Twitter):

Ya, and the only reason he popped is prob cause someone from ur team was the person who tainted something of jons cause even ur own team knows deep down youre not capable of beating jon…ever.

The tweet just did not make any sense to as an ever so respectful Cormier, who also seemed baffled in his reply. (via Twitter):

You sir are a complete idiot lol https://t.co/GUJAqqzl1h

Jones has been stripped of the title thrice and has been tested with positive substances twice in his career. The first time being at the historic UFC 200 where originally the rematch between Cormier and Jones was supposed to happen.

UFC: Daniel Cormier says that he is keeping his fingers crossed for Brock Lesnar

Previous articleUFC: Rashad Evans did the unthinkable 10 years ago today with a brutal knockout!
Next articleUFC 228 Embedded: Vlog Series – Episode 5