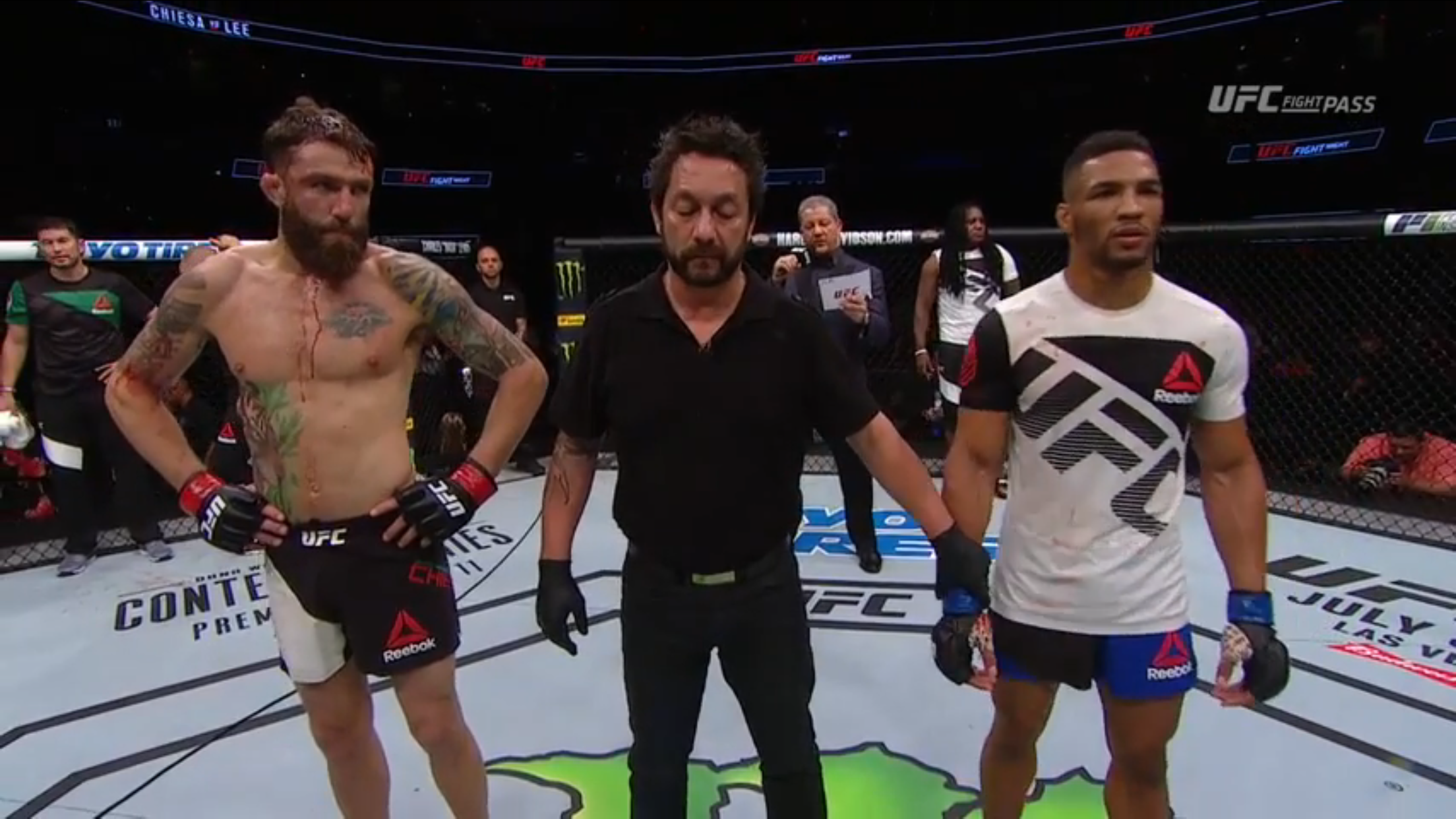 The grudge match between TUF winner and #6 ranked lightweight Mike Chisea and #11 Kevin Lee ended in a controversial stoppage. As the first round began, Chisea found his mark by landing strikes, took Lee down and attempted the guillotine. Lee picks up Chisea and drops him on his back. Chisea sticks to the straight arm lock and transitions to triangle choke. Both the fighters battle it out for a better position. Lee defends the triangle choke and is now into the guard of Chisea. Lee gets the dominant position and goes straight to the back, lands some good shots while keeping the body triangle. Chisea keeps taking a lot of punches from Lee. Chisea tries to get up but Lee digs in the choke and pulls him down. 12 secs into the choke and referee Mario Yamasaki steps in to stop the fight. WHAT THE BEEP! Chisea didn’t tap and Yamasaki just stopped. The outroar is huge and Chisea is not a happy man.

On a lighter note, Dana White mixed up Yamasaki with Mazzagati and shared his response to the early stoppage 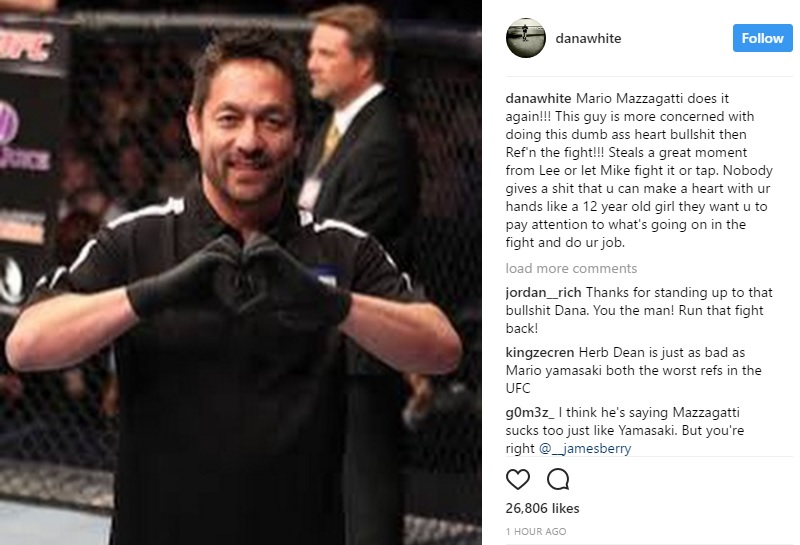