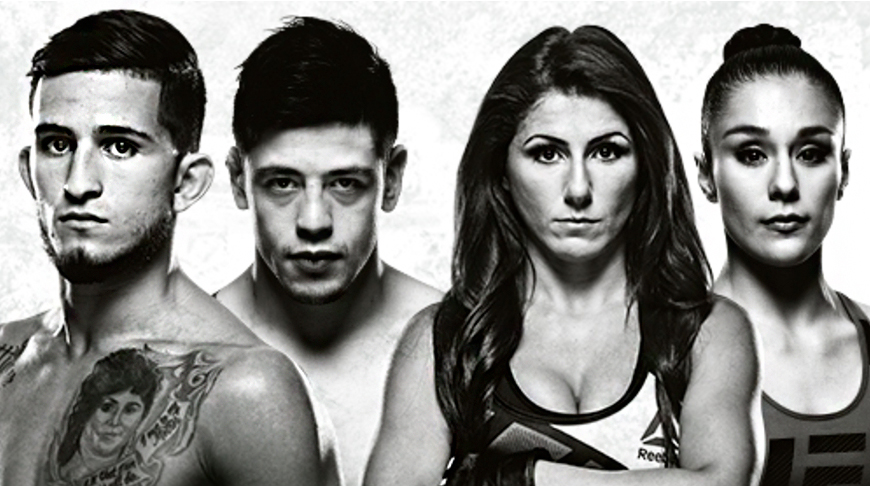 Joran Rinaldi and Alvaro Herrera hardly exchanged any strikes when Rinaldi went in for a shoot and ended in an anaconda choke by Alvaro. Rinaldi makes an escape, passes to side control and grabs Alvaro’s neck. He submitted Alvaro Herrera via a beautiful ‘Von Fluke’ shoulder choke at 2:01 secs of the first round.

With just a minute into the first round, Joesph Morales attempted a guillotine choke, but Roberto Sanchez sticks out his head and gets into the guard. They stay inactive in the same position until the referee calls them to work. Morales goes in for another guillotine but it was his right hand that drops Sanchez. Instead of finishing him, Morales wants to go for a rear naked choke and submits Sanchez at 3:56 secs of the first round.

Both Enrique Briones and Rani Yahya displayed one submission attempt after another in the opening round. Yahya tries an anaconda choke, while Enrique goes for a north-south choke. It was Yahya’s kimura that made Enrique tap at 2:01 secs of the first round.

Dustin Ortiz knocked out Hector Sandoval while he was on the back pedal after he took a left shot from Hector in the opening seconds of the first round. While still on his wobbly legs, Hector eats quick combos and then falls to the ground. the fight ends at 0:15 secs of the first round. This was the fastest knockout in the flyweight division.

Another first round finish via TKO as Jack Hermansson takes Bradley Scott to the ground, gets control of his back and unleashes some heavy shots from the back. Bradley rolls his back trying to avoid the punches, but eats elbows and punches from Hermansson until the referee steps in to stop the fight at 3:50 secs of the first round.

It was a lack lustre performance by both Sam Alvey and Rashad Evans as they struggled with the city’s altitude and had a tough time keeping their cardio in place. Rashad looked tired after the first round, where he landed few punches and kicks while attempting to take Sam Alvey to the ground. Alvey was more active in the second round as he landed bunch of knees from the clinch and kept Rashad at bay. In the third round, Alvey keeps the pressure and marches forward while Rashad looks to catch his breath. It was a slow fight right from the start but Alvey managed to get the split decision win against the legend Rashad Evans. 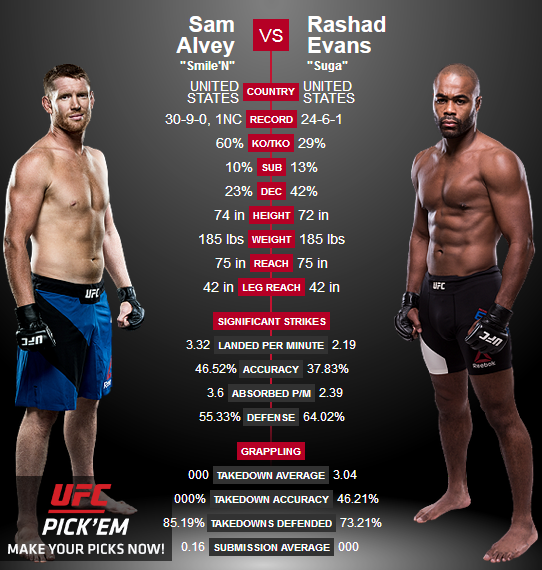 Another quick finish in the first round, as Humberto Brandenay pulled off a major upset against the local crowd favourite Martin Bravo. A beautifully timed knee from Humberto to the face of Bravo sealed the fate of the Mexican as he goes to sleep immediately falling to the ground in 0:26 secs of the first round.

Niko Price gets the biggest win of his career as he slept Alan Jouban with his stiff right hand. Alan Jouban had to pay dearly for the leg kick he delivered on Niko who returned it with a solid punch seeing an opening in Jouban’s guard. Following up with punches on the ground, the fight was stopped at 1:44 secs of the first round 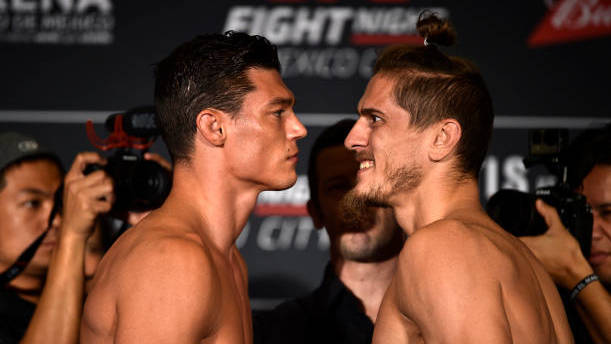 The co-main event is a contender for the fight the night performance as both Randa Markos and Alexa Grasso put on the best performances of their careers. In the first round, Alexa had the better of Randa as she landed good strikes and took Markos to the ground. In the second round, Markos come out the aggressive and starts to find her range, land some good shots and gets the takedown. In the final round, the fight gets even more close as both the fighters swing for the fences and take each other to the ground. Alexa Grasso gets the split decision win. 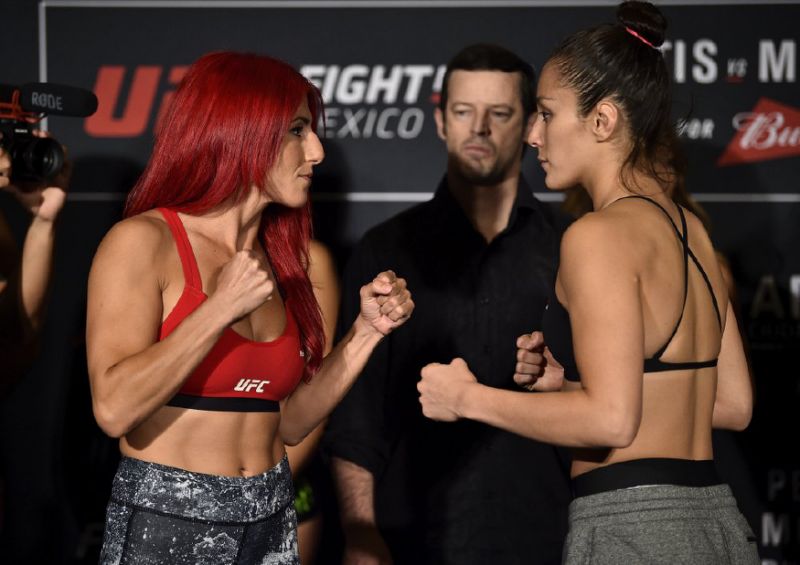 In the main event, Sergio Pettis and Brando Moreno battle it out in the flyweight division. In the opening round, Moreno gets the upper hand as he takes Pettis to the ground, hooks him in a body triangle and lands strikes which leave Pettis bleeding. In second round, Pettis shows some alertness as he catches two kicks and delivers two of his own. More kicks from Pettis as the round ends in the favour of Pettis. In round three, Pettis keeps showing off his kicking skills as he lands head kicks, low leg kicks wobbling Moreno for an instant. Round three also in favour of Pettis. Pettis keeps getting more active as the fourth round begins. He keeps the pressure on but lands an eye poke on Moreno. They both resume as Moreno is on back footwork to avoid the jabs and punches from Pettis. Round four in the books of Pettis. The fifth round is more of a ground battle as Moreno fights from the top while Pettis tries to neutralize any of the moves from Moreno. They both get back up but Moreno looks dead tired. Pettis capitalizes with jabs as the round comes to an end. Pettis wins via unanimous decision. 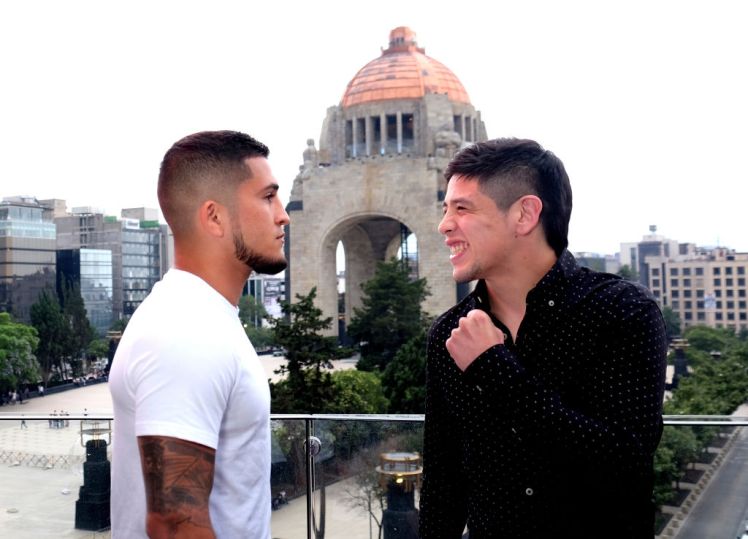