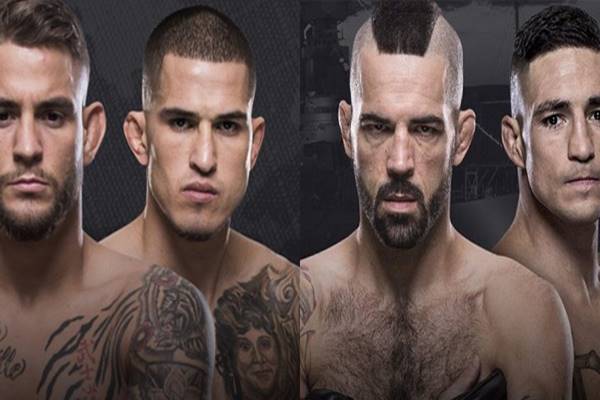 Fight Night 120 in Norfolk, Virginia features big names like Andre Arlovski, Diego Sanchez, Matt Brown, Nate Marquardt and Joe Lauzon but lately these old school veterans have had bad runs in their last three to five fights. Most of them are coming off a loss and an another one could seriously impact their stay in the UFC. Most of them are at the tail end of the careers after competing at an elite level inside the octagon. Let’s dive in ad check out the facts and the fights that can’t be missed from this card. 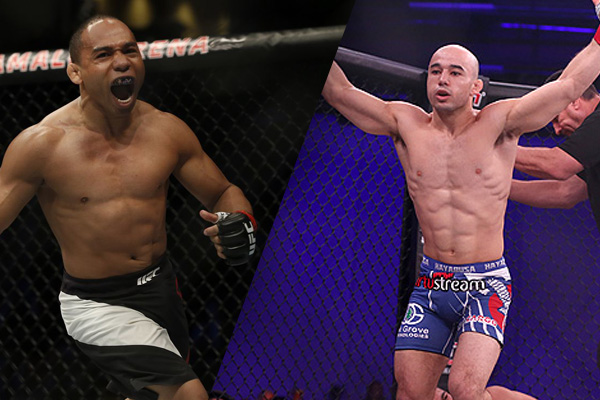 Dodson and Moraes have one striking similarity – they’re both extremely fast paced, which makes this bantamweight bout a firefight. Moraes fell short in his UFC debut, but displayed impressive striking and footwork in his last fight. Despite being the shorter fighter, Dodson hits extremely hard and can cause Moraes considerable damage if he closes the distance. Dodson’s climb back to the title contention begins with Moraes if he manages to finish him quickly. While Moraes must prove himself first against such a big name, he also must face tough competition ahead if he gets past him. Regardless, both these speedy bantamweights will put on an exciting fight. 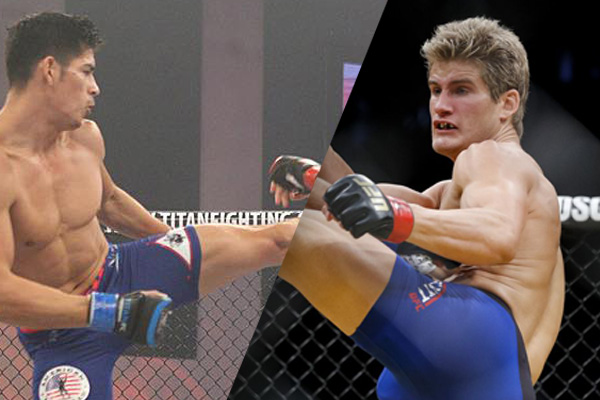 Sage Northcutt’s rise to stardom was cut short after his submission loss to Bryan Barberena. Since then Sage has gone 1-2 in his last three fights and having fought almost a year ago has been out of the limelight due to injuries. He’s facing Michel Quinones a striker with heavy hands and knockout power, but facing higher competition has been his Achilles heel – lost both of his debut fights in Bellator and UFC. He can still give Sage the run for his name by putting on pressure early in the first round and grinding his way in the second and third. Sage’s advantages are his size and strength – which he couldn’t capitalize in his two losses. 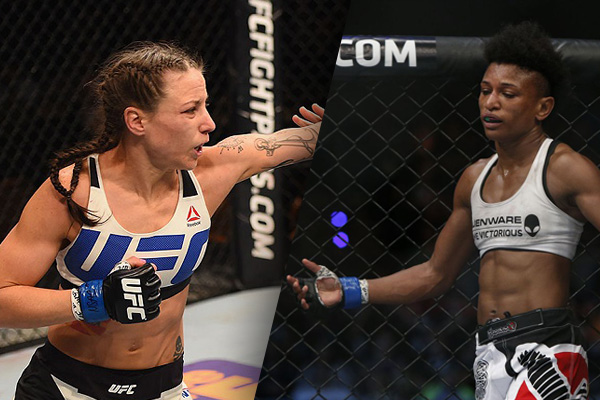 Nina Ansaroff being the training partner to bantamweight champion Amanda Nunes should have improved her striking skills from the last two training camps. Her striking will be the key differentiator against Muay Thai standout Angela Hill who has been actively fighting since Jan 2016 giving a slight edge over her opponent. Ansaroff has only fought twice in the last two years, giving away much of the octagon experience. While Hill gives away in the strength and power department, she makes it up with her speed and slick movement. This could be a very close fight to call as both the strawweight’s can pull off a victory from the judges’ decision. 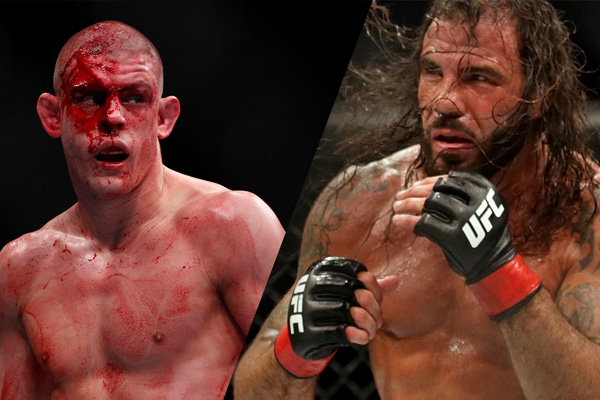 The statistics surrounding these two veterans is quite astounding – a combined 90 professional fights in fourteen years, combined 24 submission wins, 24 post fight bonuses in the UFC, and 24 fights each inside the Octagon. When these two collide, fireworks are sure to bound for the entirety of 15 minutes. Guida brings in his speed and unpredictability while Joe gets wild as the fight progresses to later rounds. Off late Joe has shown signs of slowing down due to cardio issues, but his toughness won’t let Guida finish him. Guida’s chin would be hard to crack but Joe finds his way to bloody his opponents if he can’t get the finish. Guida’s wrestling can cause problems but Joe has had his share of submission wins against elite wrestlers. They’re both evenly matched in the striking and submission department and it would interesting to see a back and forth action for supremacy. 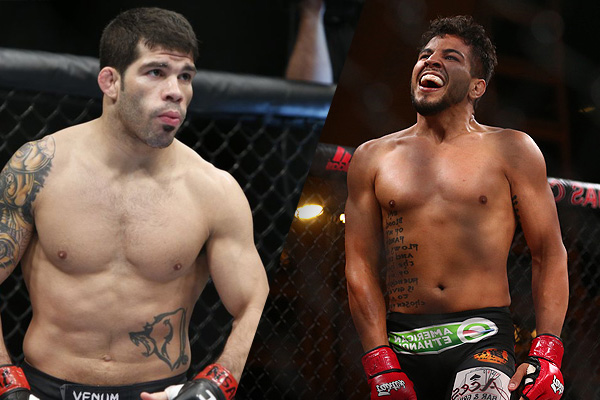 Raphael’s experience looms over the newly entering Lopez who is just 2-1 in the UFC. The kind of opponents Raphel has faced in the past are far superior to what Lopez has experienced in his entire career. Raphael has established himself in the bantamweight division by improving his striking game over the last year. But Lopez can exploit this department if he keeps up the pace while standing with the Brazilian and exchanging blows. If Raphael manages to surprise Lopez with his striking, then it’s going to be a long night for the Arizona native. 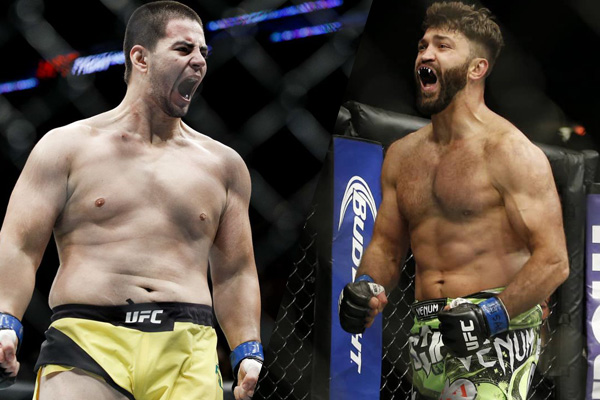 With five straight losses, Arlovksi is in a bad spot and his back up against the wall as he faces hard hitter Junior Albani who made his UFC debut with a TKO win in July this year. Arlovski has lost three of his last five fights via TKO making his chin the suspect as he got into slugfest with other heavyweights. If he wants to ensure a win and turnaround his career for the second time he has to be more patient and look for the finish. But Albani, an upcoming heavyweight whose last fight brough him into spotlight poses a big threat to Arlovksi with his crisp striking and submission skills. With a win over the former heavyweight champion Albani’s resume would shine and propel him into the heavyweight scene. It’s a hunting game for Albani, who would be more well prepared and looking for openings to crack that chin, while Arlovski if sticks to his game plan can pick up a decision win against the Brazilian. 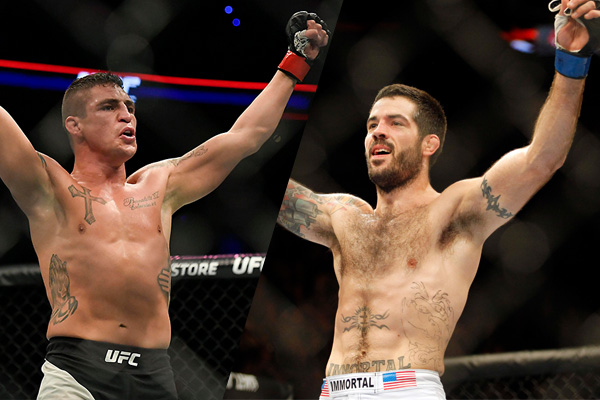 Matt Brown earlier announced his retirement and fights for the one last time as he faces another former TUF contestant and UFC veteran – Diego Sanchez, who refuses to hang up his gloves despite being the journeyman for the past couple of years. Both the welterweights have been in wars and displayed real toughness despite being dominated in their past fights. It’s an exciting matchup nonetheless where neither of them knows how to back out. While Brown has been on a three-fight losing skid, Diego tasted alternating results in his last seven appearances. Brown with his height and reach advantage can cause problems to Diego as they recklessly trade punches. Another thing for Diego to worry about is Brown’s leg kicks, where he’s shown to cause damage and slow down the opponents with trademark Muay Thai kicks. Brown’s only cause of concern is to not let the fight go to the distance, as judges can get biased with their decision towards Diego who always pushes the needle wherever the fight goes. 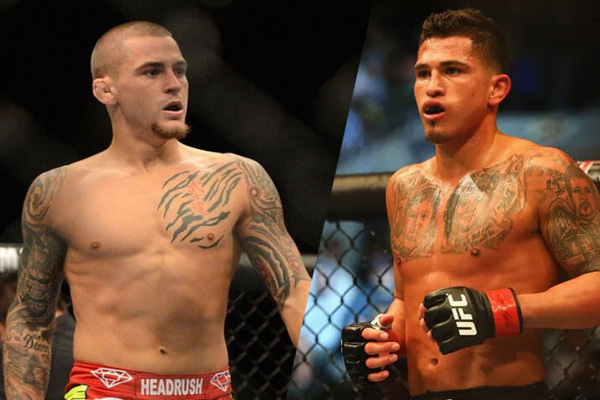 The Showtime’s wish is answered as he returns to the lightweight division to face the tough brawler Dustin Poirier. Everything is evenly matched in this main event bout between the two well rounded fighters. Dustin has good boxing but Pettis can vouch on his elite kickboxing to look for any chance to finish him. Pettis also has the athletic advantage while Dustin doesn’t display speed he’s not a slouch either. It’s a sure slugfest from the moment the bell rings and fans will be in for the exciting performance between these two top lightweights.

Previous articleIndian team for the IMMAF World Championships 2017: A closer look at the athletes representing the nation
Next articleMax Holloway’s manager has revealed four possible opponents for UFC 218! Guess who the last one is.