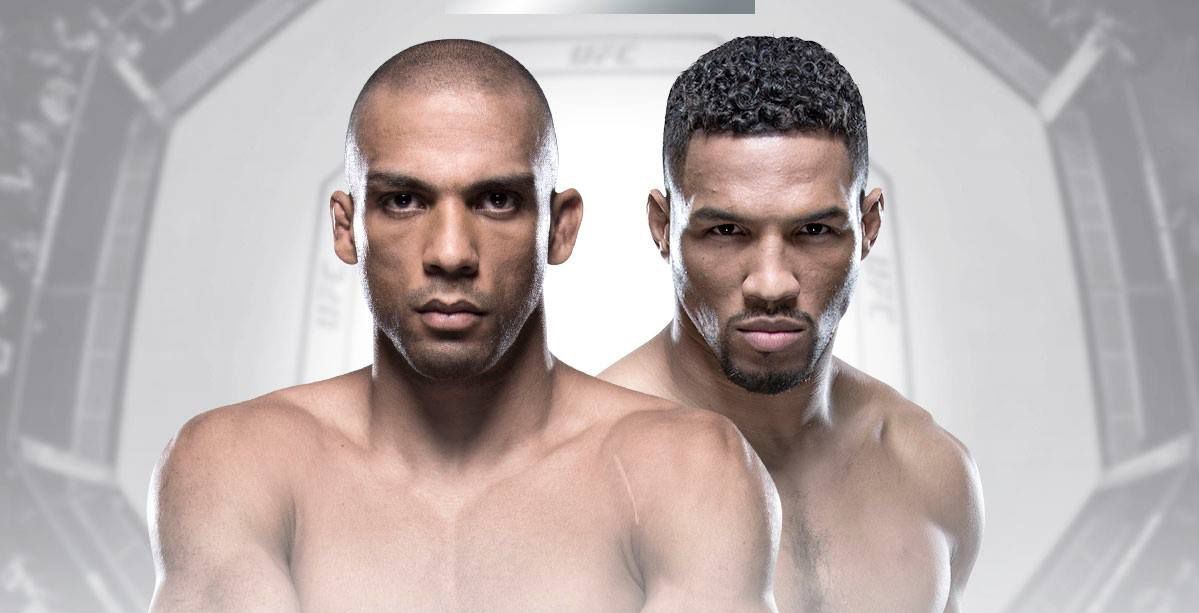 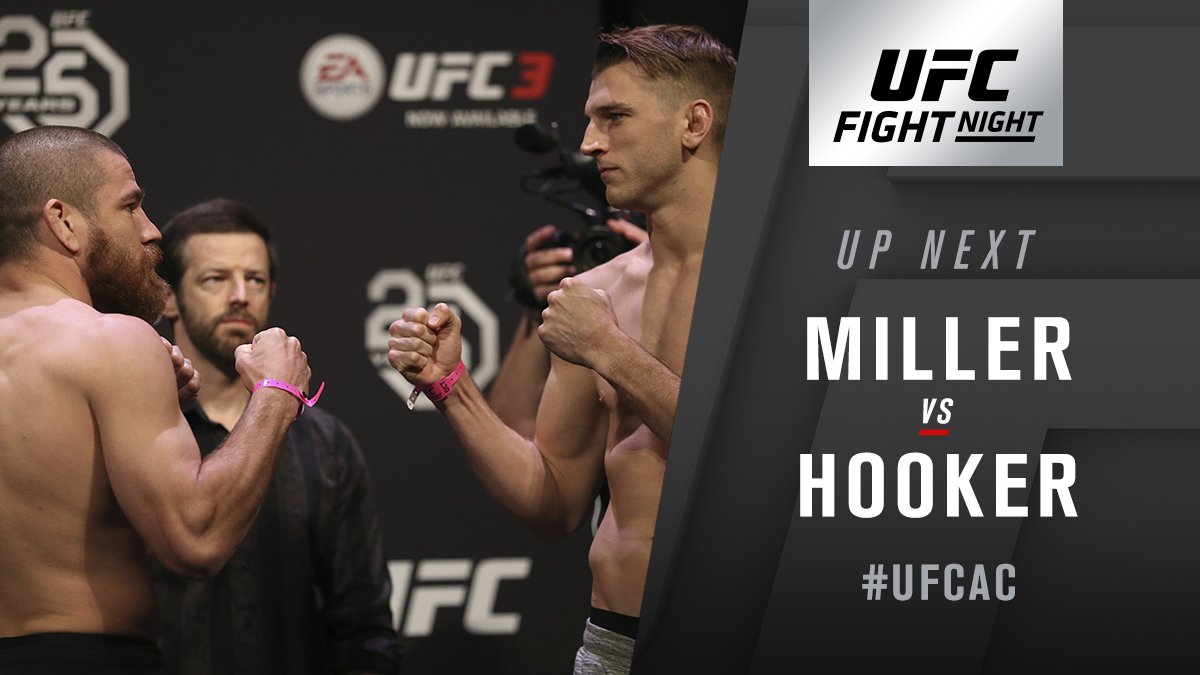 Jim Miller was the one to initiate the first strike but it took Dan Hooker just 3 minutes to dismantle him with his crisp striking. A beautiful KO came when he set up the big knee with a right cross and the moment Jim collapsed to the ground, Dan followed up punches. This marks the 10th first round knockout victory for Dan Hooker. 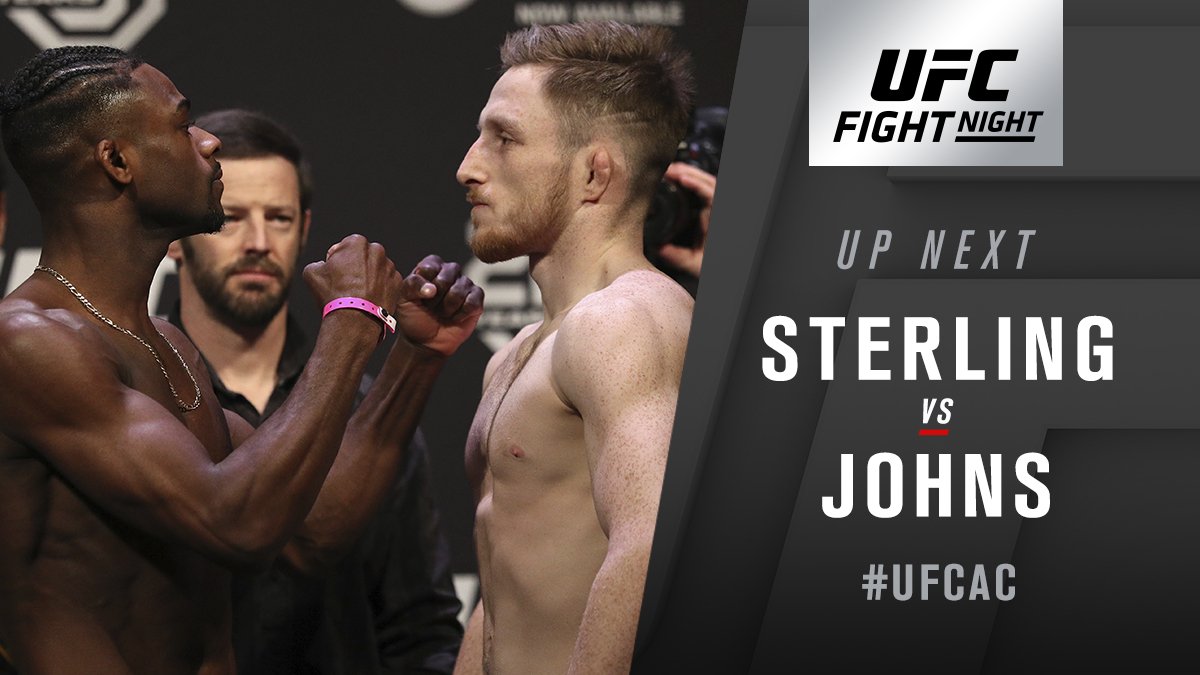 With a relatively slow start in the first round, where Sterling found it hard to break the momentum of Brett Johns it took him full five minutes and a prep talk from the corner to get back into his groove. Brett Johns proved to be more than a tough nut, as took on every shot from the funkmaster and countered with his own. Sterling tried for a takedown from the clinch but instead got tripped landing on his back. In the final round, Brett began to slow down and Sterling picked up the pace as he landed more kicks and combinations. The judges scored a clean slate victory for Sterling with 30-27, 30-27, 30-27. 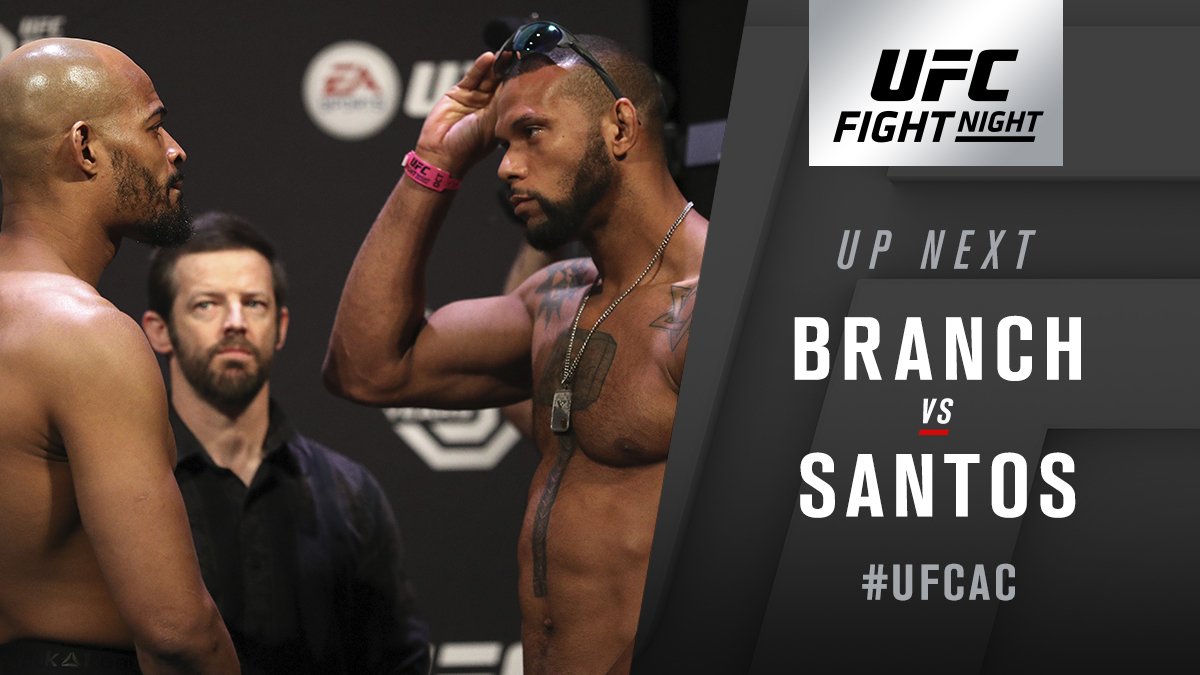 Impressive performance by David Branch who was coming off a loss to Luke Rockhold. Branch took a solid leg kick from Santos that looked like it took away some leg movement. But he kept on moving forward and put pressure on the Brazilian with his strikes. Santos felt overwhelmed with the forward momentum and as he moved back dropped his left hand giving opening that was the beginning to his end. Branch landed a stepping overhand right, right on the button. 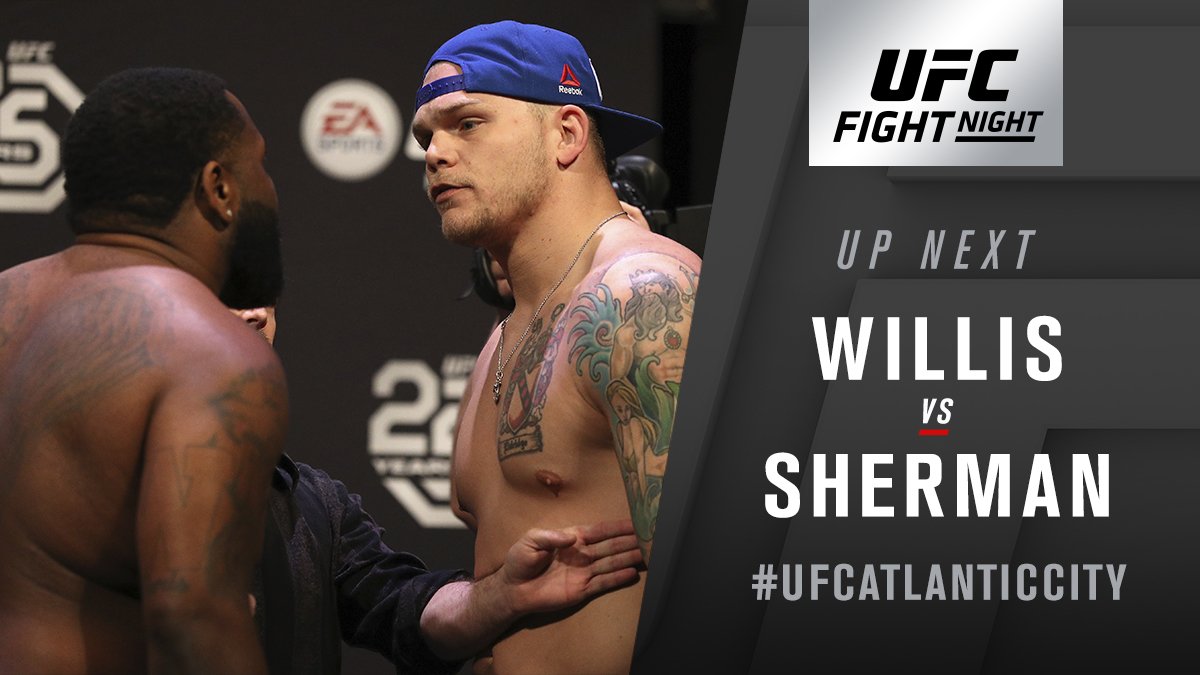 Chaos ensued in the very first round as heavyweight Willis exploited the poor striking of Sherman and landed a big shot sending Sherman to the ground. Willis kept on pouring punches in bunches from the top but was unable to finish Sherman. Sherman survived the initial onslaught only to be countered for every punch he threw. His chin was strong enough to withstand the striking of Willis but as the rounds progressed he began to slow down and left behind the judges scorecard. 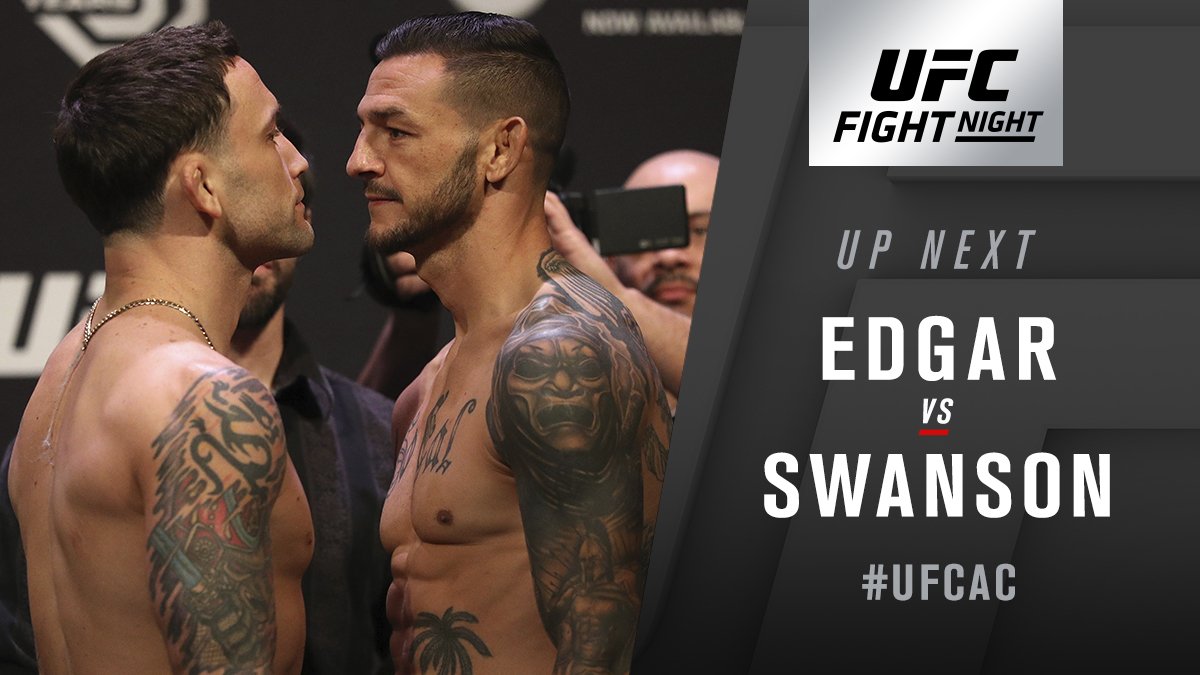 After two tough losses in his personal life, Frankie comes back to pickup the victory in a dominant fashion. For three rounds Frankie kept his high pace movement while landing strikes at will. Cub Swanson tried to match the pace but fell short in landing significant strikes. Through out the fight Swanson was back pedaling trying to evade the punches from Frankie. It was a clear domination in the rematch with little offense coming from Swanson. With this win, Frankie sends a message that he’s not going anywhere and is coming for that title belt.

He gets it done on home soil.@FrankieEdgar gets the win in his home state! #UFCAC pic.twitter.com/TQrnxo1uqg 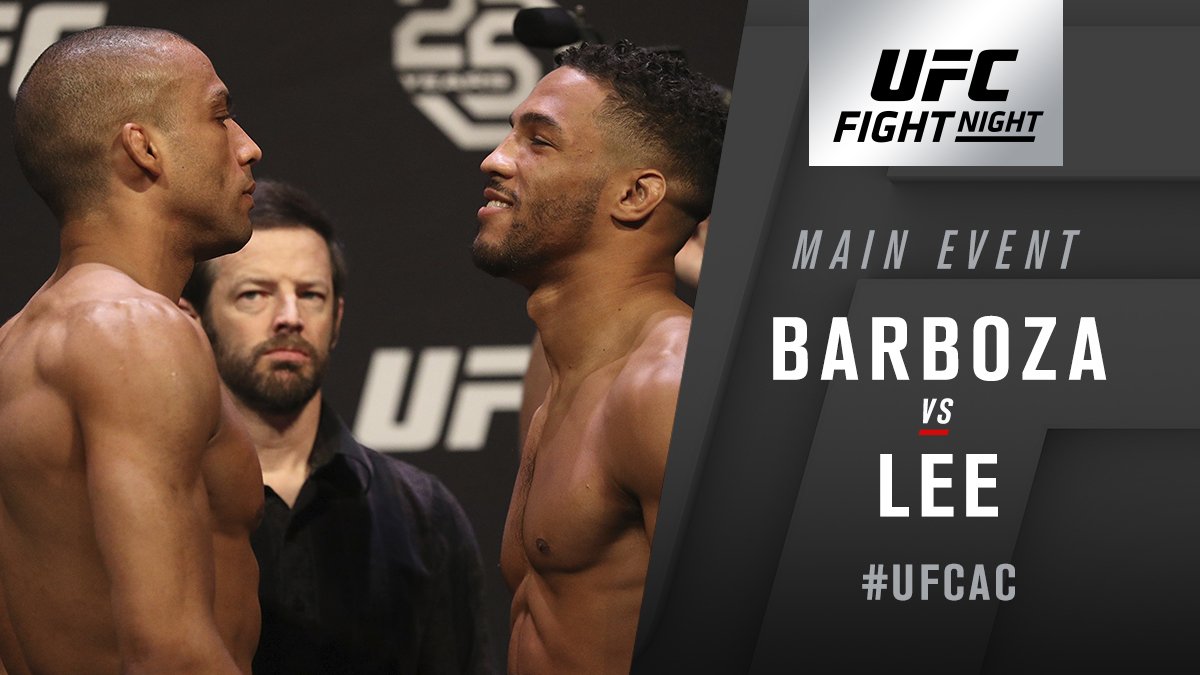 Kevin Lee put on a dominant performance for full four rounds as he quickly implemented the game plan to take Edson Barbosa to the ground. Barbosa as a fighter got exposed in his last fight and Kevin took on full advantage of it. Barbosa had no response to the take downs and the ground game from Kevin. The only highlight from Barbosa was his spinning heel kick which saw Kevin struggle to stand and instinctively shoot for a take down. Kevin recovered and went back to the game plan to dominate Barbosa for the next two rounds.