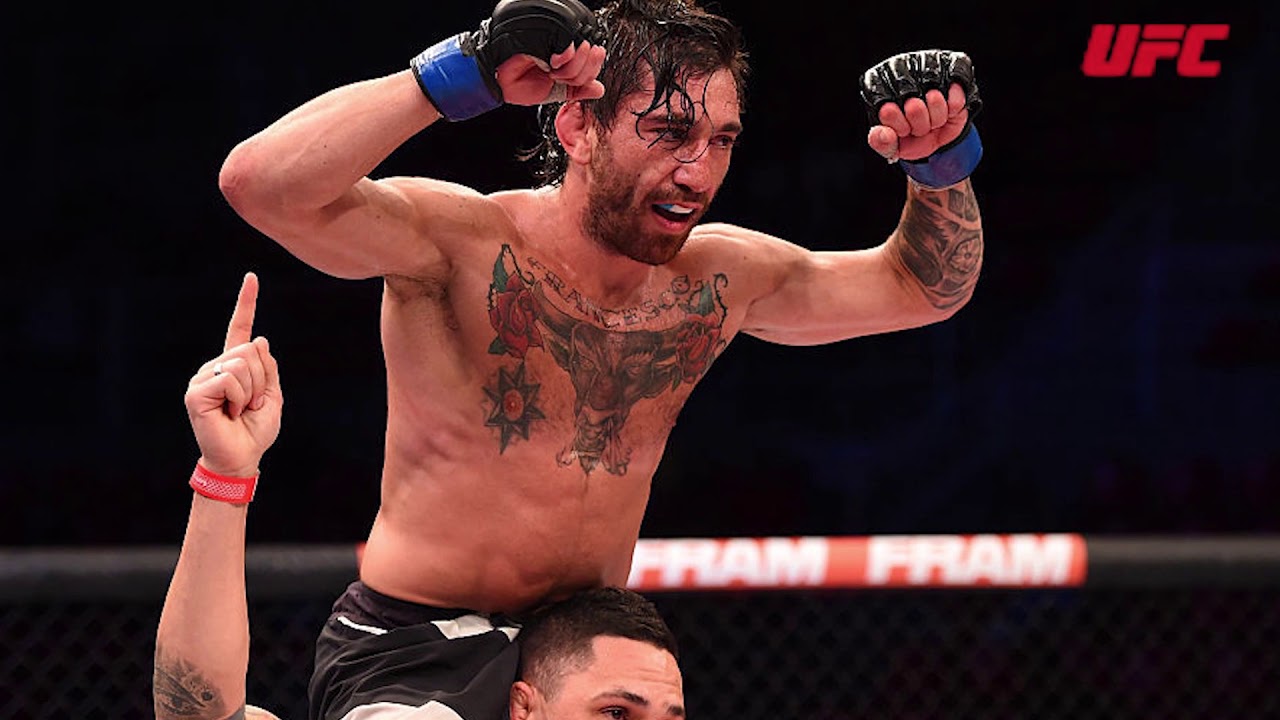 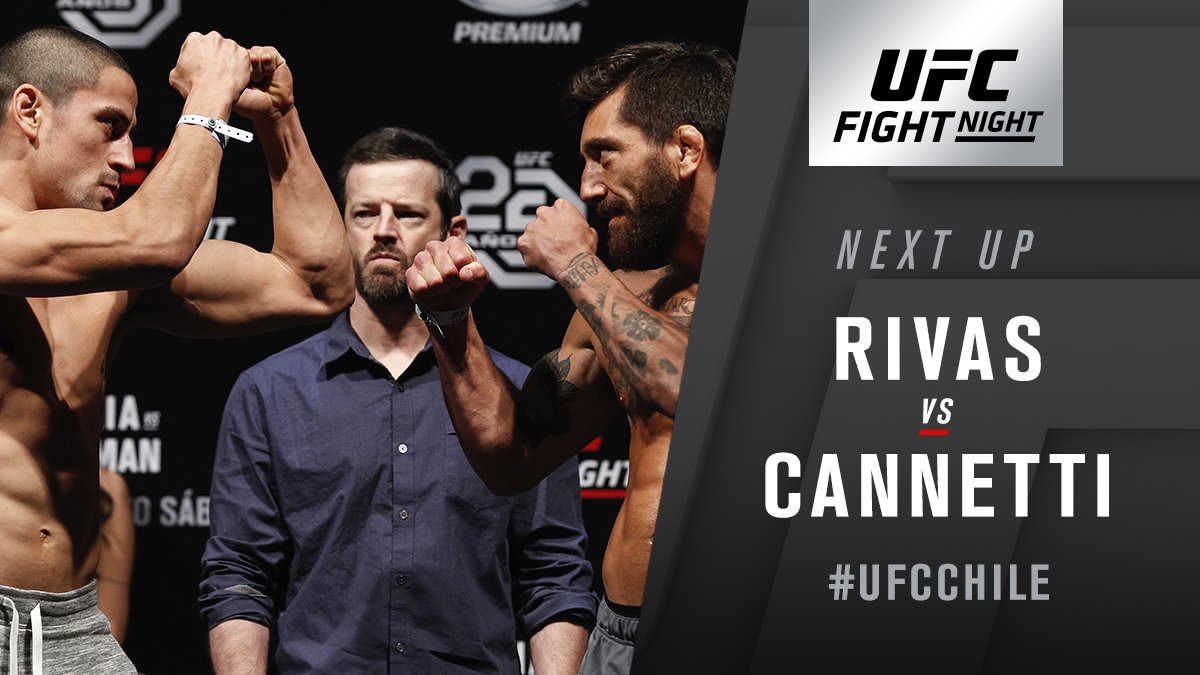 Starting on a slow note, both the fighters took their own time to feel and measure each other. Guido makes the first move by tripping Rivas to the ground and in ended up fighting from the half guard position. The fight slowly heats up and the bantamweights open up with their kicks and punched. Guido’s consistency gets him takedown after takedown. A brave attempt by Rivas to arm bar Guido went in vain as Guido fought back. In the final round, both Rivas and Guido threw everything at each other but Guido kept on grinding for a takedown despite being cut on the right eyebrow from the strikes of Rivas.

🇨🇱 @1191Rivas attempts to lock in an armbar but @NinjaCannetti slams himself free. #UFCChile pic.twitter.com/uiRERKLWHS