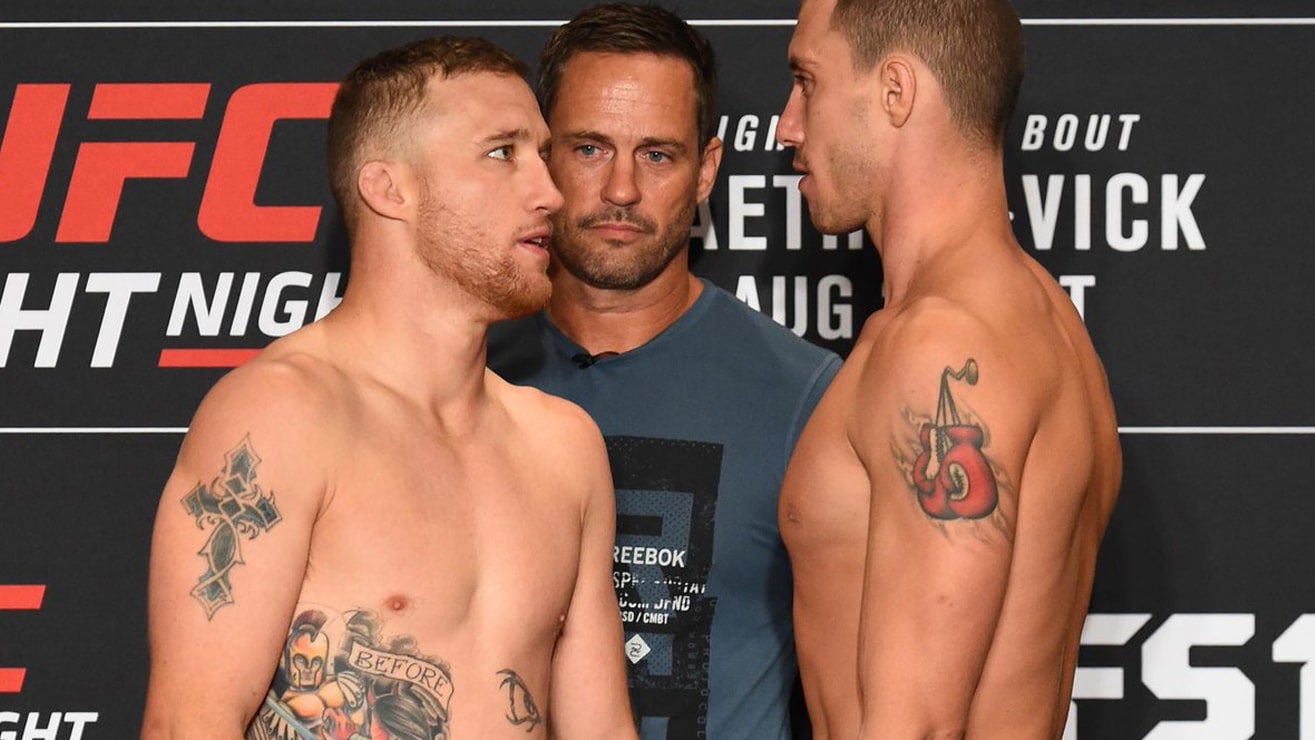 Eryk Anders defeated Tim Williams via KO in Round 3 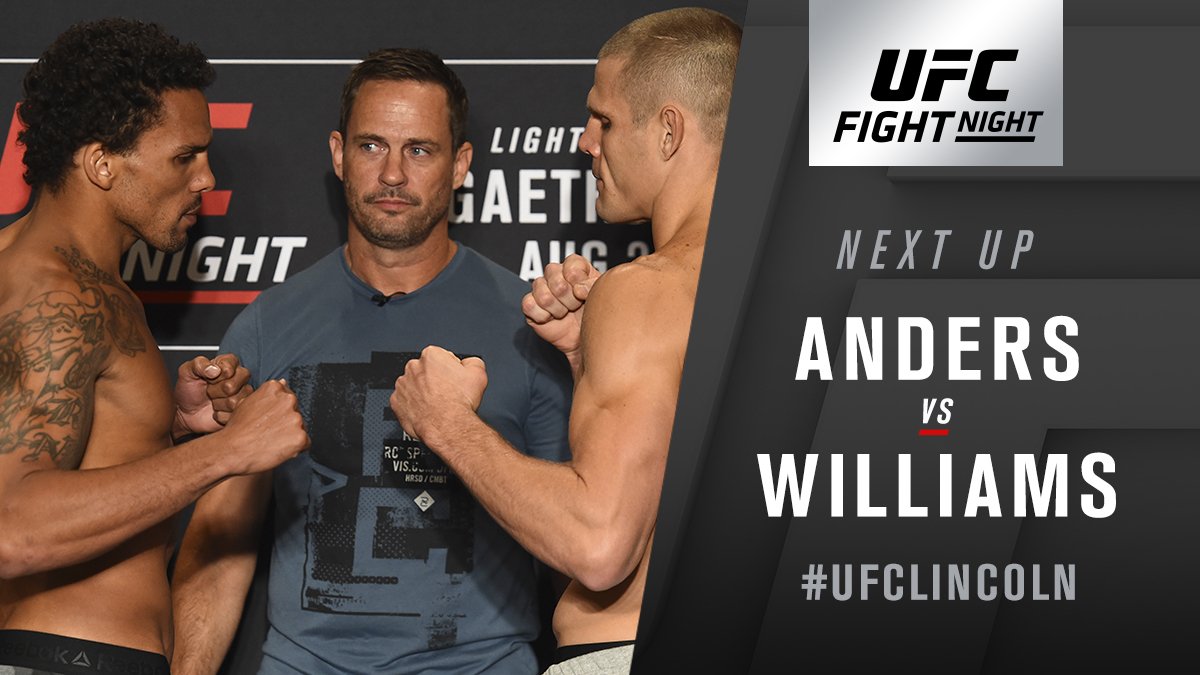 Williams entered the fight as the biggest underdog at -1000 but his actions spoke otherwise. A game Williams began to exploit Anders right from the first round. Anders looked slow and lethargic still taking his time to open up. Williams did a good job of picking his shots and taking Anders to the ground. It was only in the second half of the second round that Anders began to let loose. Anders dropped Williams with a big left right in the opening seconds of the third round but Williams was still in the fight and continued follow up. Another heavy leather sends Williams to the ground and as he was scrambling to get back up BOOM! a head kick drops him flat. A KO with just 20 secs left.

Anders letting his hands go here in round 2! #UFCLincoln pic.twitter.com/qeTH4RZjiA

Deiveson Figueiredo Defetaed John Moraga via TKO in Round 2 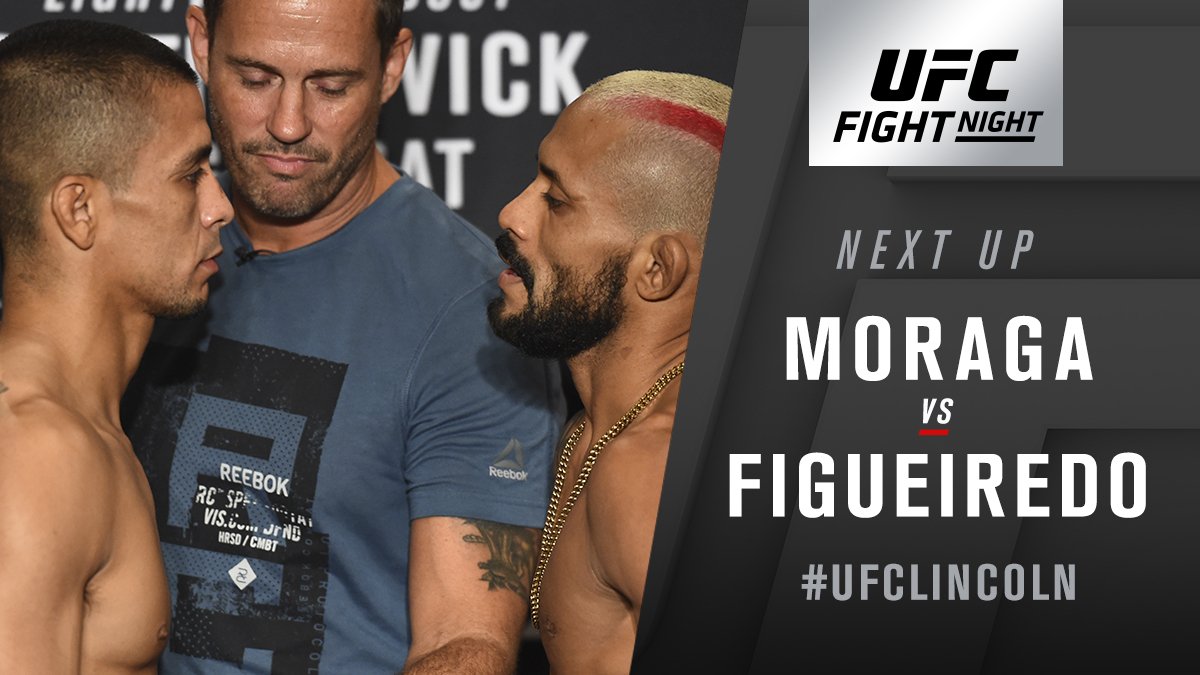 Figueiredo continues his undefeated streak with a clean dominant performance over Moraga. In the opening round both the fighters were a bit cautious but it was Figueiredo who started off the flurry as the round moved ahead. He scored a takedown and took the round to his corner. In the second, Figueiredo began unleashing more strikes and looked very quick on his feet. Figueiredo dropped Moraga multiple time, cut him open with an elbow on the ground, body shots that did the damage. With this win, Figueiredo has the longest current win streak in the flyweight division.

Brian Barberena Defeats Jake Ellenberger via TKO in Round 1 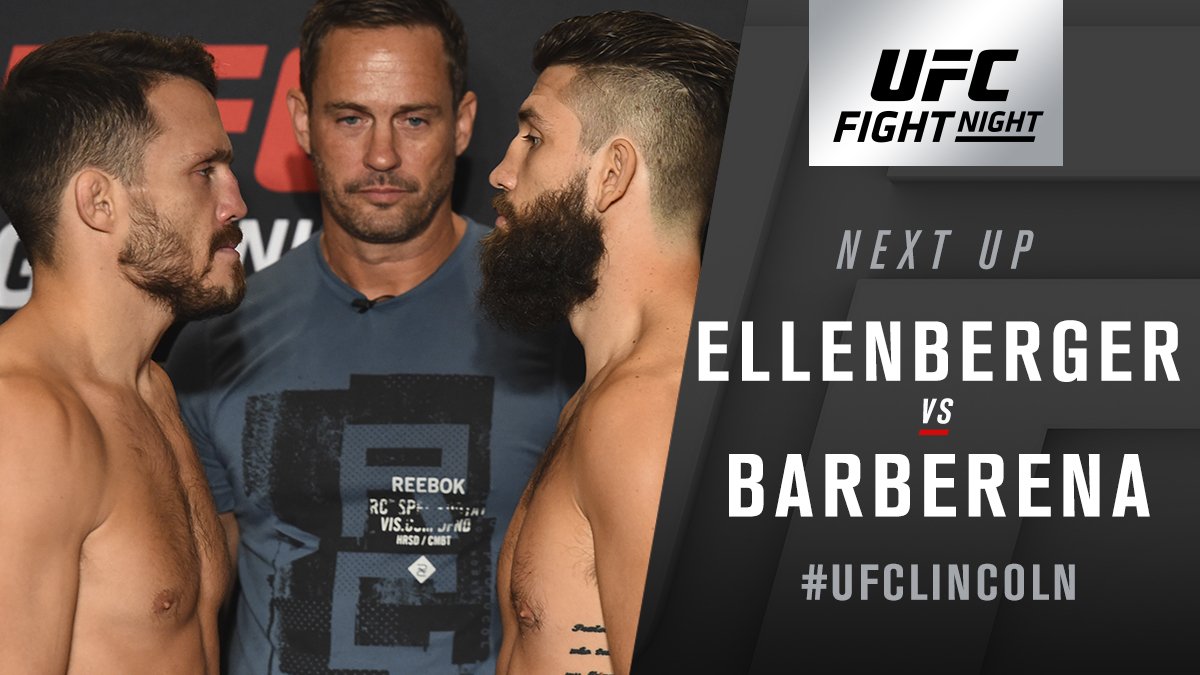 This fight turned out to be the last fight in the career of Jake Ellenberger, a respected veteran who fought some exciting fights all through his career.  Bryan quickly opened the round with crisp striking and landed a short elbow and punch that send Jake’s leg shaking. A quick follow up on the ground saw Jake turtle up and give up his back.The referee saw enough and stepped in to stop the fight in just 2 mins of the opening round. 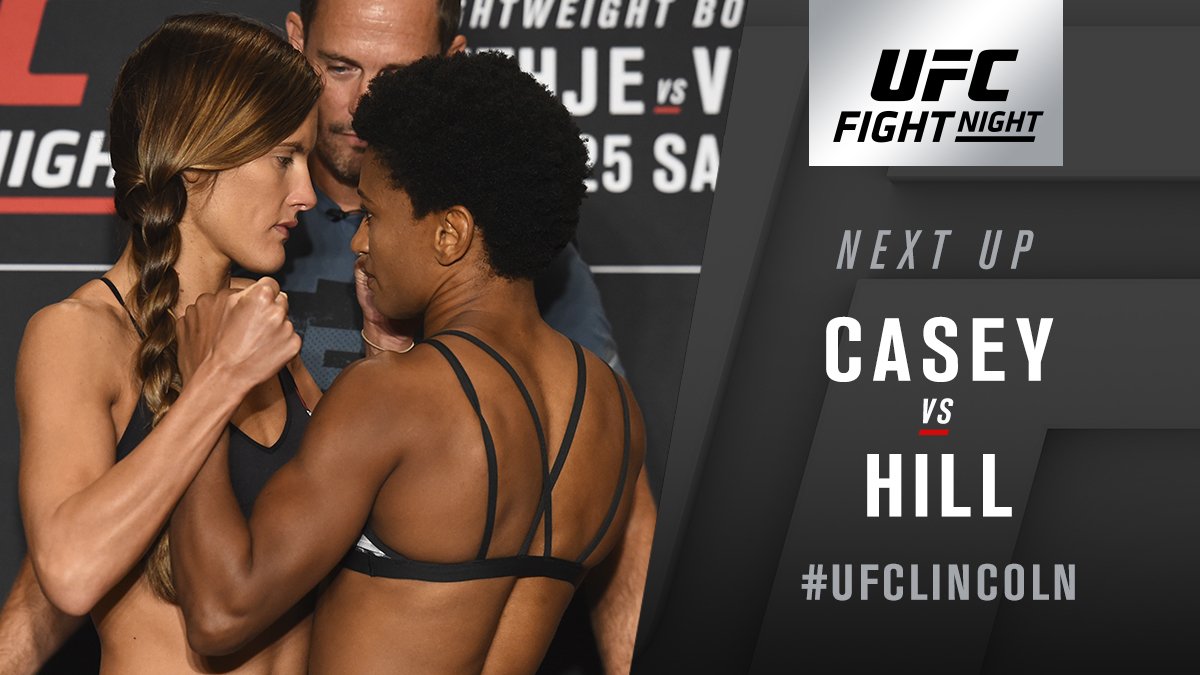 A close call for Cortney Casey who would’nt wanted another split decision loss on her record. But this time she edged it over the tough Angela Hill in a high-volume, high-paced Kickboxing fight. They both exchanged a lot of strikes in the stand up and when the time came, Casey tool Hill to the ground but was unable to make use of it. The judges’ scored 30-27 and a 29-28 to a 29-28 card in Casey’s favor.

Hill landing some nice shots as the first round comes to an end! #UFCLincoln pic.twitter.com/46tABvtgy9 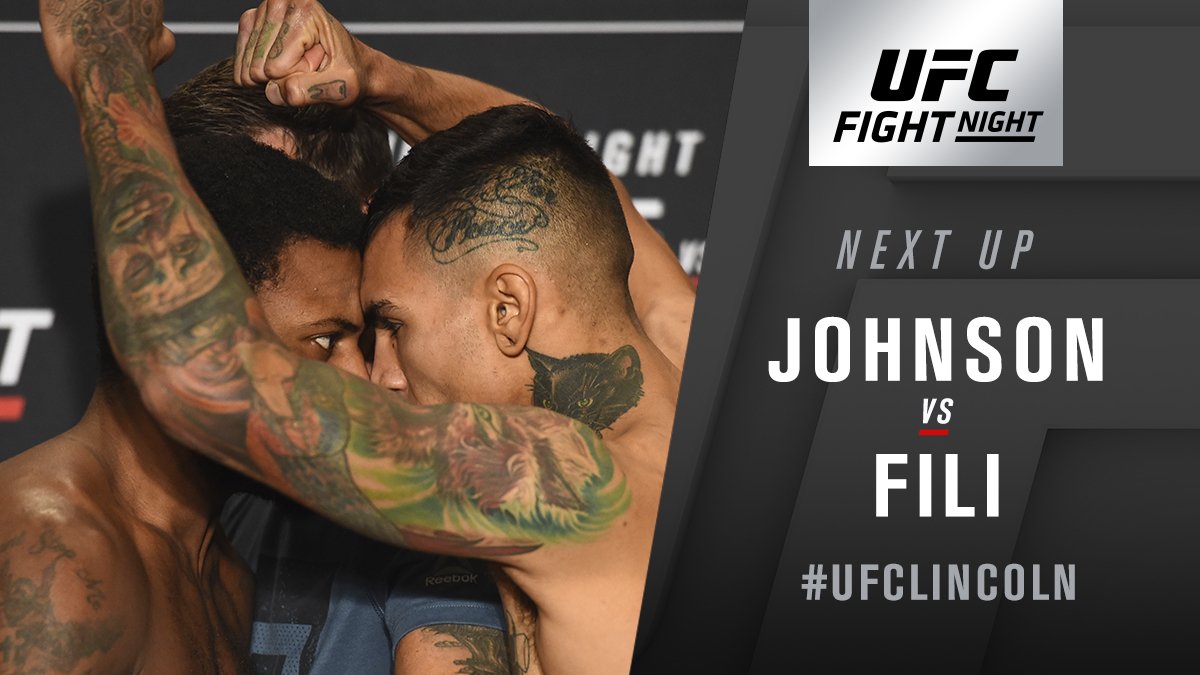 Dropping down to the featherweight division and facing a tough scrapper like Fili didn’t come easy for Johnson. He struggled early in the fight against Fili but managed to land his trademark strikes and kicks with slick footwork. Fili never backing down kept pushing the pace and landed his own combinations. When the time came Fili took Johnsons back and put him in some deep trouble, but Johnson’s quick thinking made him escape. It was a close call in the third round but Johnsons striking took him ahead in the judges scorecard.

The Menace is back in the win column!

Justin Gaethje defeated James Vick via KO in Round 1 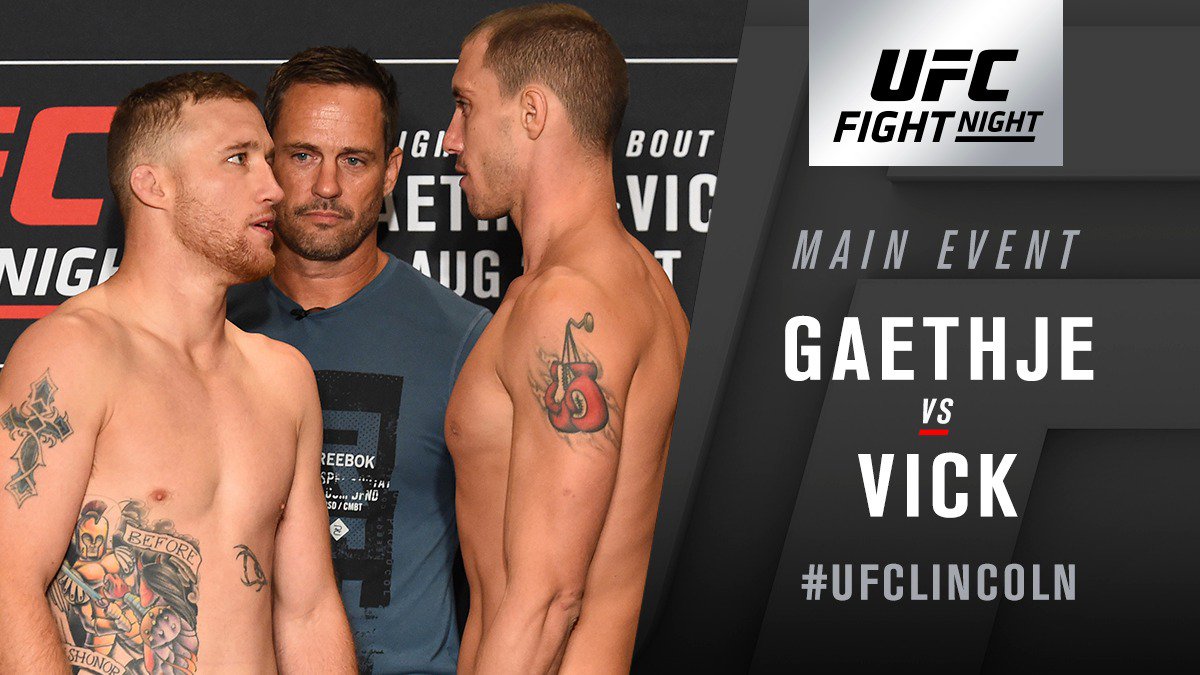 Justin took everything Vick said during the time leading up to their fight and literally shut him off with a single punch knockout. Gaethje kept a forward moving pressure from the opening seconds and made it look like a slug fest. Vick landed a clean body kick but Gaethje was unfazed and kept moving forward. Sensing there’s no room for Vick to throw a stirke as he moved backwards, Gaethje landed a thunderous over hand right and sent Vick crumbling to the mat. That was all it needed to end the fight.