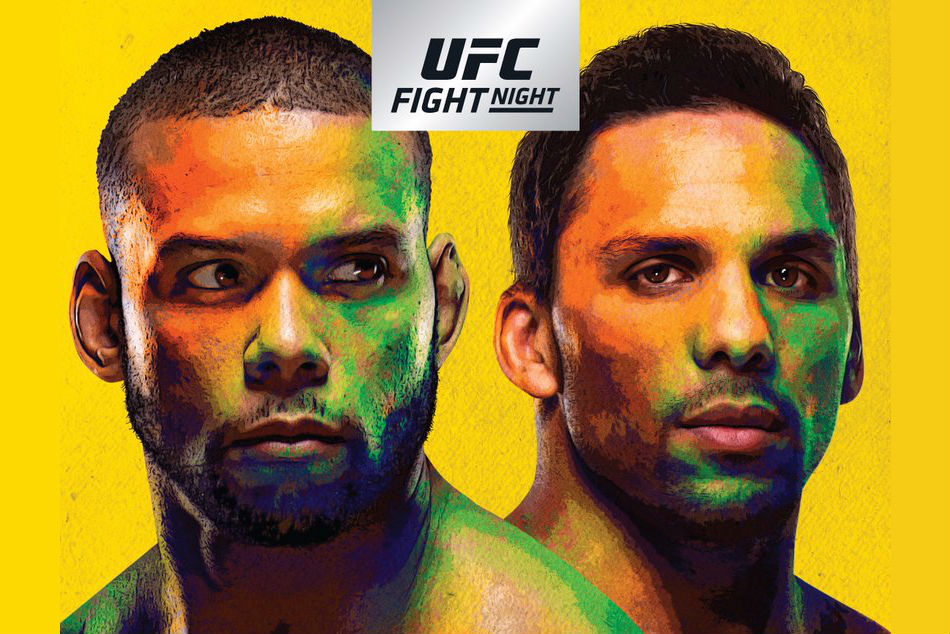 Randa Markos vs. Marina Rodriguez is declared as a Majority Draw 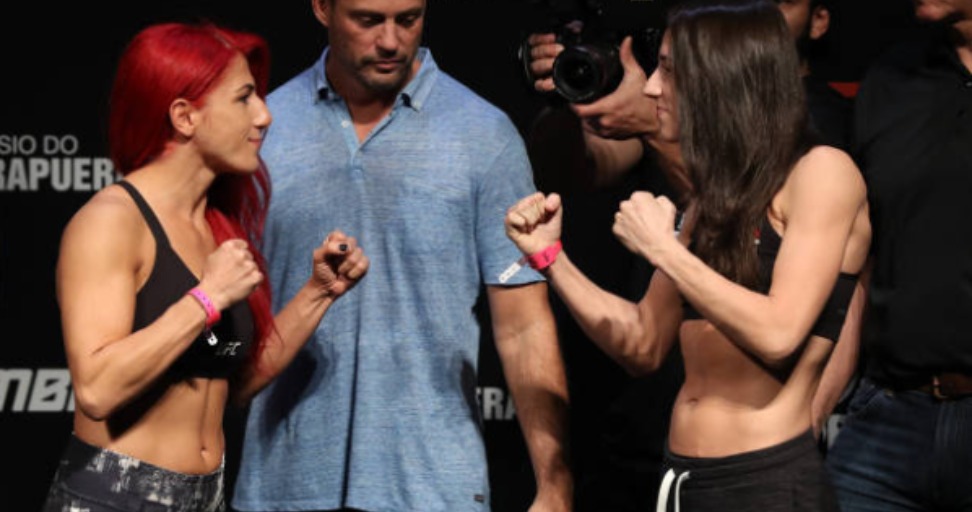 It was a very close fight between the undefeated Brazilian prospect and the veteran Markos who started off the fight pretty aggressive with her hands. Once she took Mariana to the ground it was all about Markos putting on a dominant performance as she controlled the top position for more than 3 minutes. Mariana’s left cheek had a huge mark with Markos’ elbows and punches, but the Brazilian kept on fighting from the ground. She came back strong i the second round utilizing her reach and landing numerous leg kicks. Markos descended into a stagnant strategy as she was getting lit up strike after strike. It was only in the third round Markos started retaliating, but Mariana had her seized up enough to land good shots. Another take down from Markos and she ended up gassed out giving out the last minute to the Brazilian to perform. With this draw Mariana keeps her record intact while Markos fails to get to win column.

Who do you think takes it home: 🇨🇦 or 🇧🇷? #UFCSP pic.twitter.com/aNtpo9xHxp 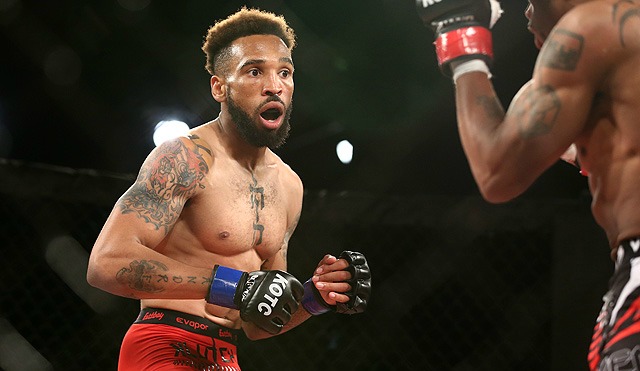 Beating a former UFC champion in your UFC debut and in an hostile territory is nothing short of a dream for any fighter and Andre just did that. Standing by his nick name ‘Highlight’ – Andre dropped Renan early in the first round while he was on back foot work, which very few fighters have done it inside the octagon. Renan bounced back and took Andre to the ground where he spent remaining minutes of the first round. But Renan started to fade of from the second as Andre started to find his range and landed clean shots that busted Renan’s nose causing him serious problems. They both exchanged in the third round but Andre edged with his striking combinations. Renan is now 1-5 in his last six bouts and looks like its time to hang up his gloves.
https://twitter.com/ufc/status/1043701241019228160
https://twitter.com/ufc/status/1043704146266808320
https://twitter.com/ufc/status/1043705172629716993

Antonio Rogerio Nogueira defeated Sam Alvey via KO in Round 2 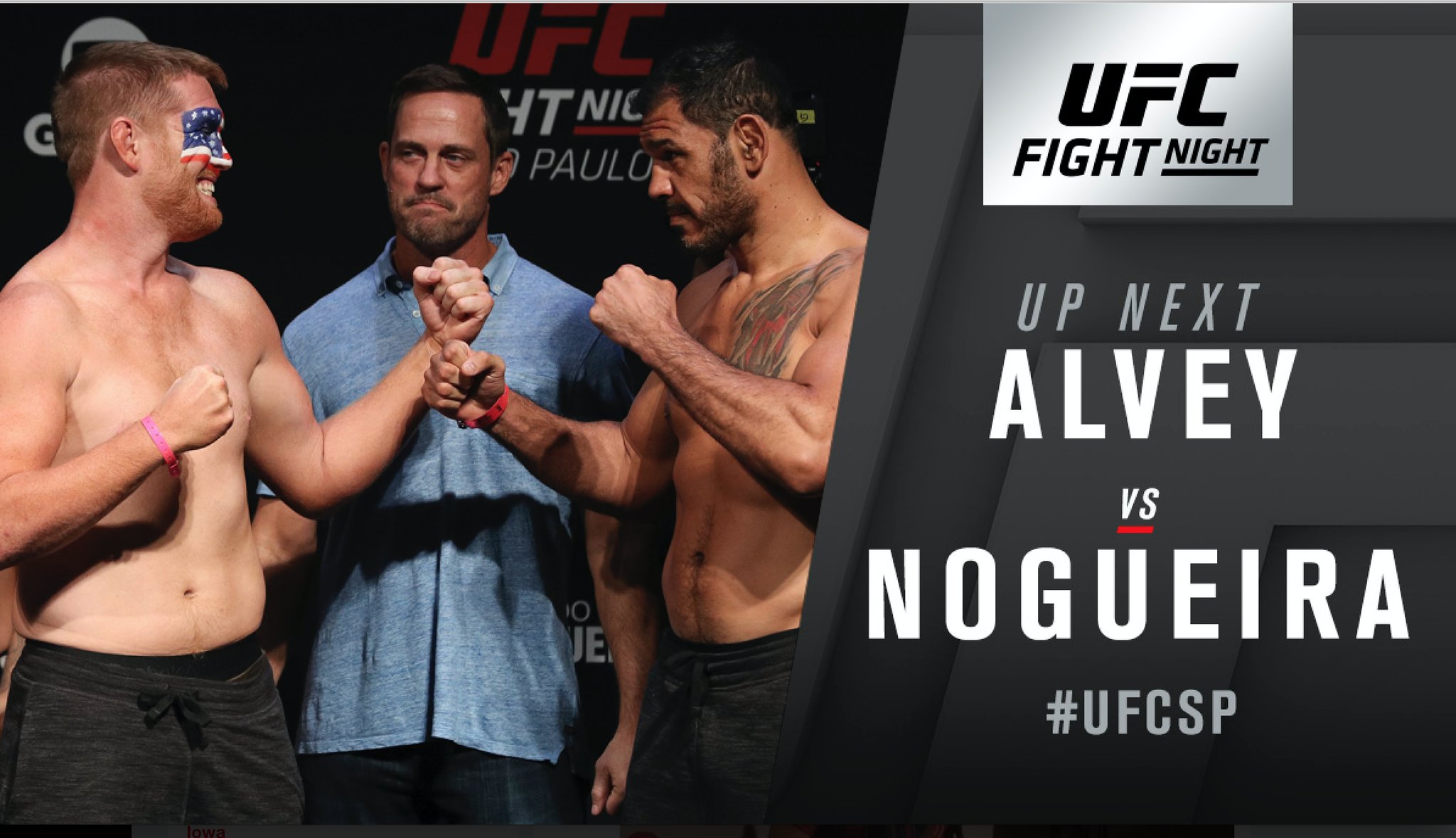 After two long years staying away from the octagon, Lil Nog makes a dramatic come back in a stand up war against the heavy favorite Sam Alvey. After the first round, which saw both the light heavyweights being careful of each other and not committing, the fight proceeded to the second where it was all boxing between these two. A heavy left from Nog handed perfectly on the button and wobbled Alvey. From there on he put on pressure that only saw the downfall of Alvey and dropped him on his knees with a overhand left that landed being his head. But Alvey was still wobbly and held on to the feet but it was too late as referee stopped the fight.
https://twitter.com/ufc/status/1043710456106340352

Alex Oliveira defeated Carlo Pedersoli via TKO in Round 1 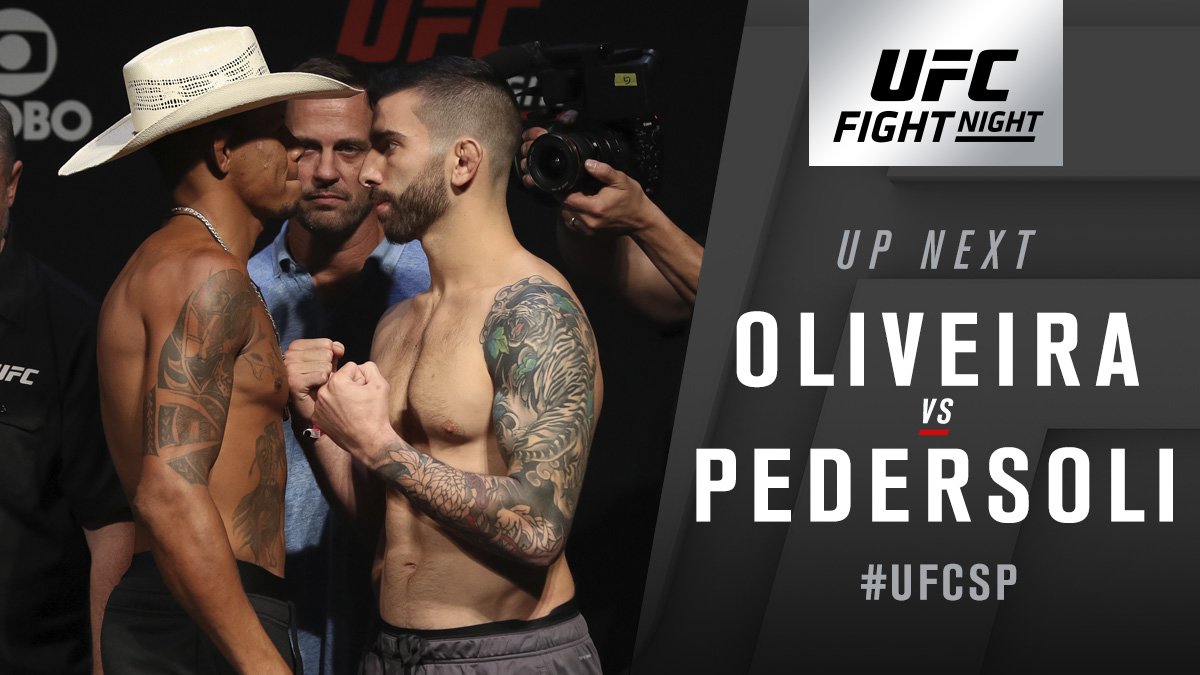 The co-main event just lasted 39 seconds as the Muay Thai skills prevailed over Karate. Carlo’s UFC debut didn’t go his way as he attempted a lazy moving side kick which was caught by Alex. He landed a right on Carlo’s temple and sent him spiraling to the ground and landed shots until the referee stepped in.
https://twitter.com/ufc/status/1043715067965894656

Thiago Santos defeated Eryk Anders via TKO in the Third Round 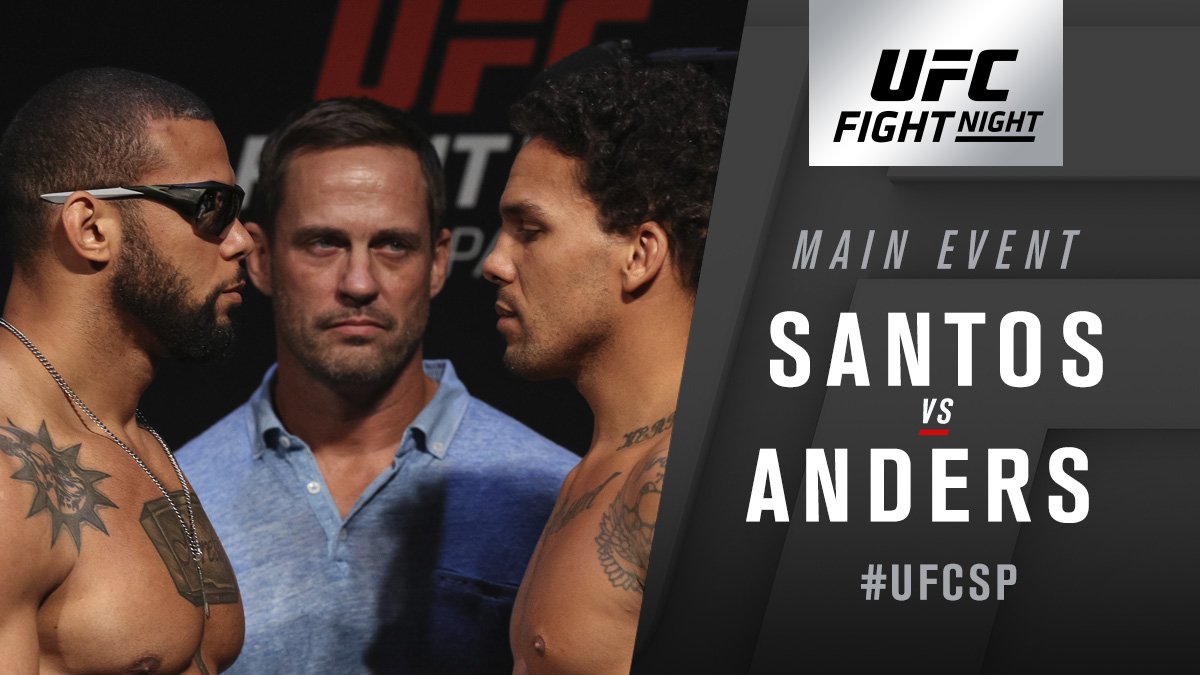 Previous articleUFC: Jon Jones about his victory over Gustafsson: Earned not given
Next articleUFC Fight Night 137 Results: Randa Markos & Marina Rodriguez Fight to a Majority Draw