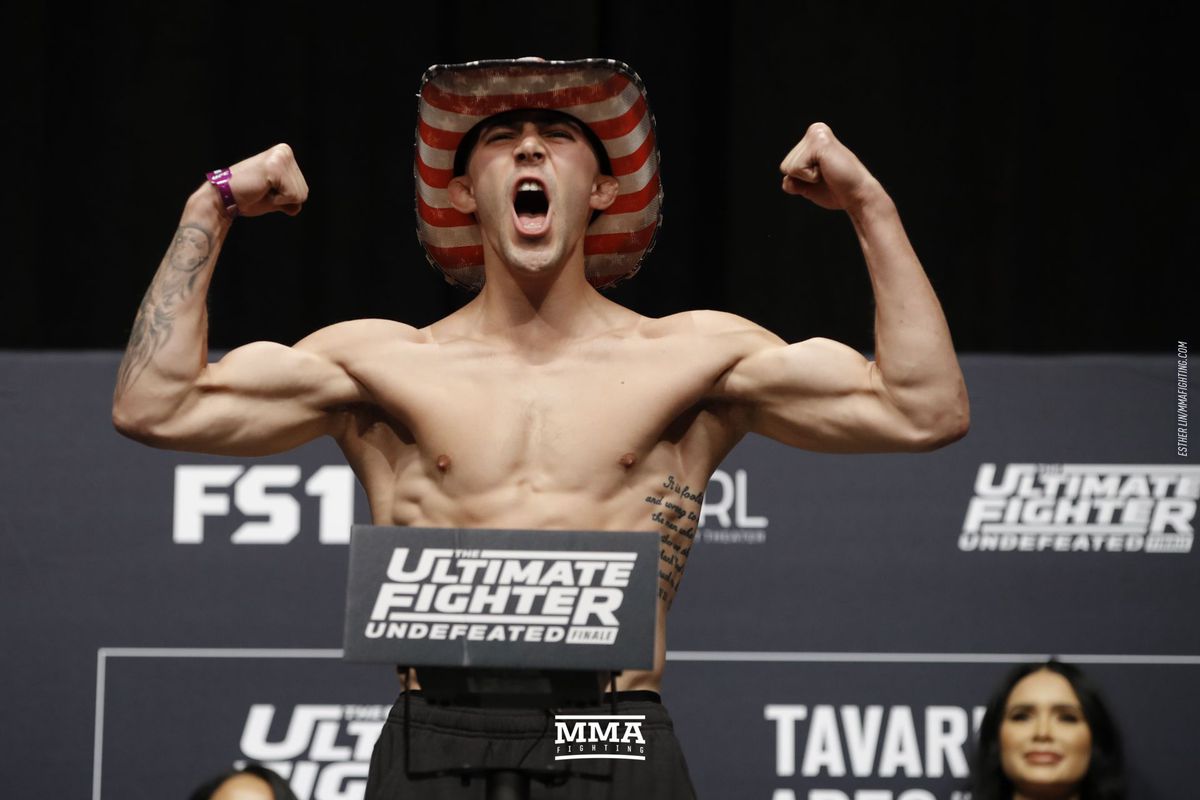 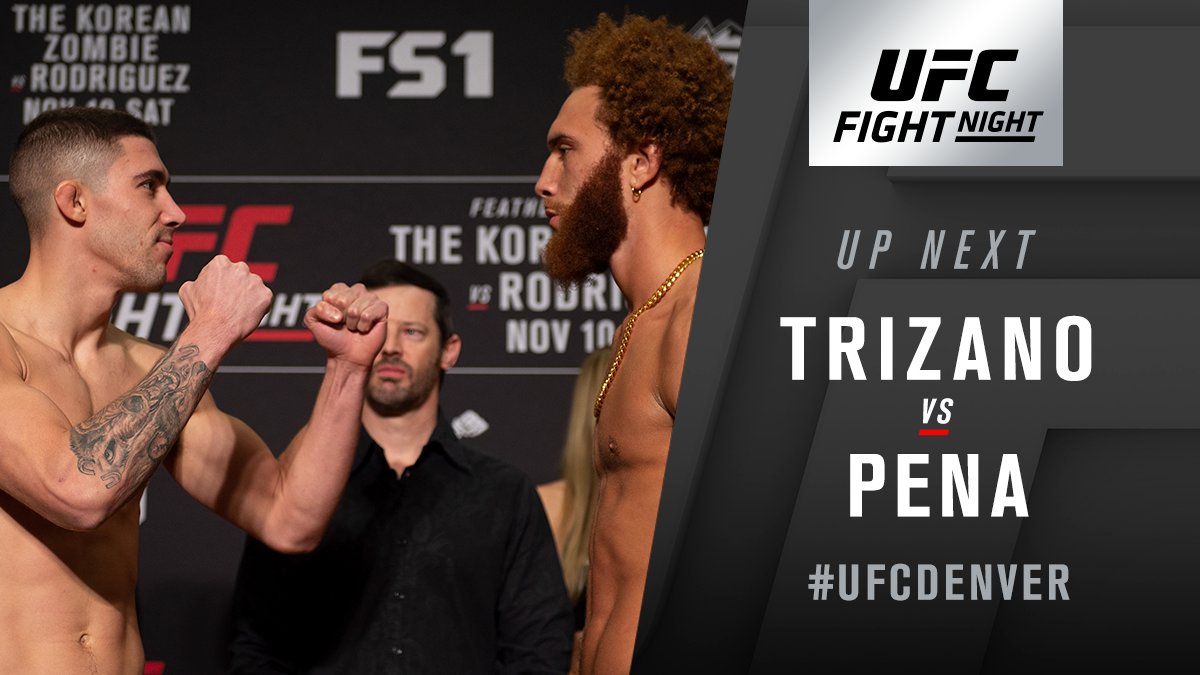 Trizano fires the first shot with leg kicks and Pena follows up with a head kick. They both trade shots half way to the first round until they end up in a clinch position. Pena secured a take down and looks for another one as they scramble to get back up by end up on the ground. Both the lightweights exchange strikes without looking to take the fight to the ground. Trizano uses more of his leg kicks and pushes Pena back Pena who is getting tagged in the exchange. Pena secured a back position and attempted a body triangle as the second round ended. Trizano is leading with his strikes in the third round and continues to pressure Pena as he shakes off any strikes that land on him. With this win, Trizano continues his undefeated win streak to 9-0 while Pena loses his first fight.
https://twitter.com/ufc/status/1061460175431725056
https://twitter.com/ufc/status/1061461840532692993
https://twitter.com/ufc/status/1061462628814311424