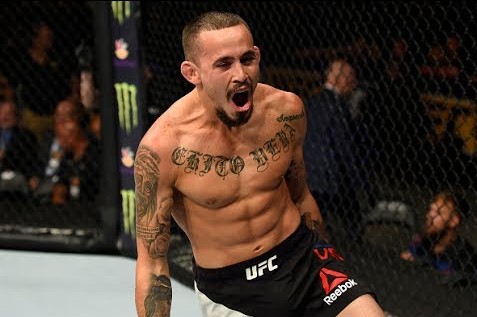 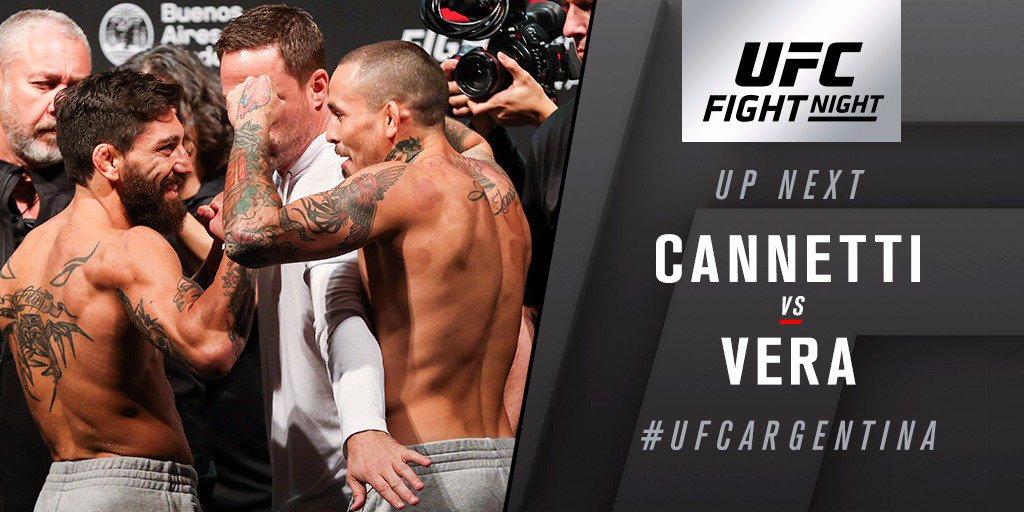 The 38 year old Cannetti,  got on to a flying start as he displayed his thai skills in the first round after bring pushed backward with a body kick. Vera quickly gets a takedown but Cannetti gets back to his feet and resorts to a takedown and slams Vera to the ground, where he keeps the pressure with his leg kicks. Vera is forced to get back up, as he attempts a trip but instead gets taken down and eats shots on the ground. Cannetti finished the first round strong, but Vera comes back a different fighter in the second. He rams into Cannetti, gets him in a thai clinch, lands a knee and from there on smashes the Argentinian with strikes and transitions to the ground for a rear naked choke.