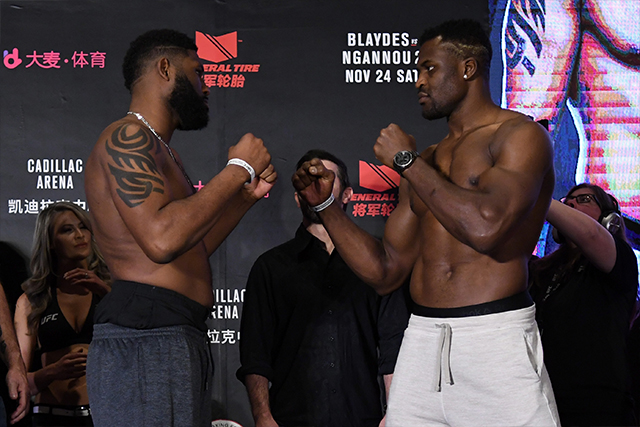 Jingliang Li defeated David Zawada via KO in Round 3

The poster boy of Chinese mixed martial arts had a tough first round as Zawada’s initial pressure put him into the back foot and a clean right hand saw him drop to the canvas. But the Leech dug deep and came back strong in the second round as he made way with his leg kicks which made sure to leave a mark on Zawada’s thighs. In the final seconds of the second round, Li landed a right hand that stumbled the German for a moment and continued to pour strikes way beyond the end of the round. With low morale and feeling himself under fire Zawada had nothing to offer to Li. With just a minute left in the final round, a lead leg side kick to the liver dropped Zawada who could not continue and instantly tapped as he curled up on the ground. 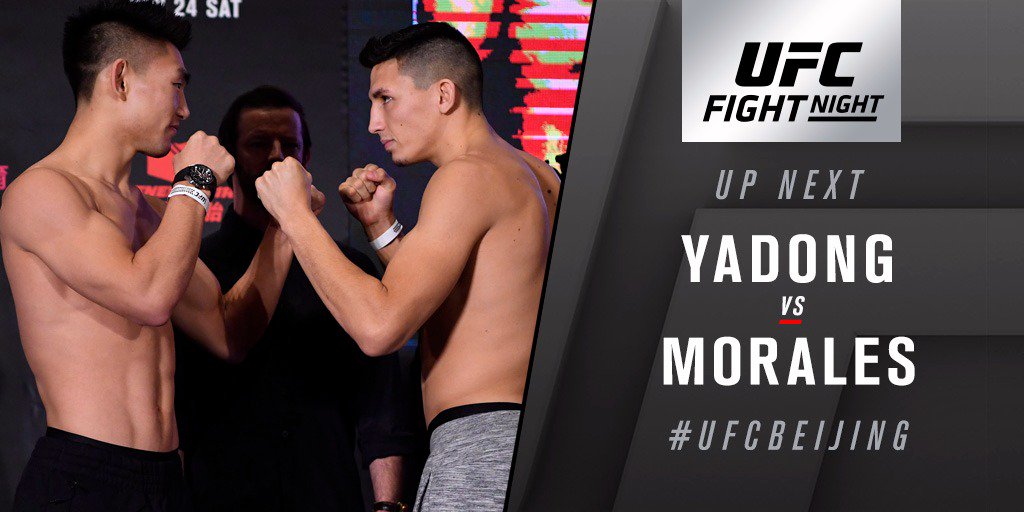 Both these bantamweights displayed immense speed with quick footwork, but Yadong Song proved too much for Morales who tried to put up a fierce fight. Yadong did not shy away from using leg kicks and took a cue from his Chinese counterpart Jing and landed a spinning side kick that sent shivers into Moarles’ body. From there on Yadong continued to move forward and exploit all the loopholes from Morales’ game. A close exchange between these two could have led to a knockdown but tough chins are what they brought into the octagon and neither of them was willing to go down. Yadong swept away all the three rounds on judges scorecard and picked up his third win inside the Octagon. 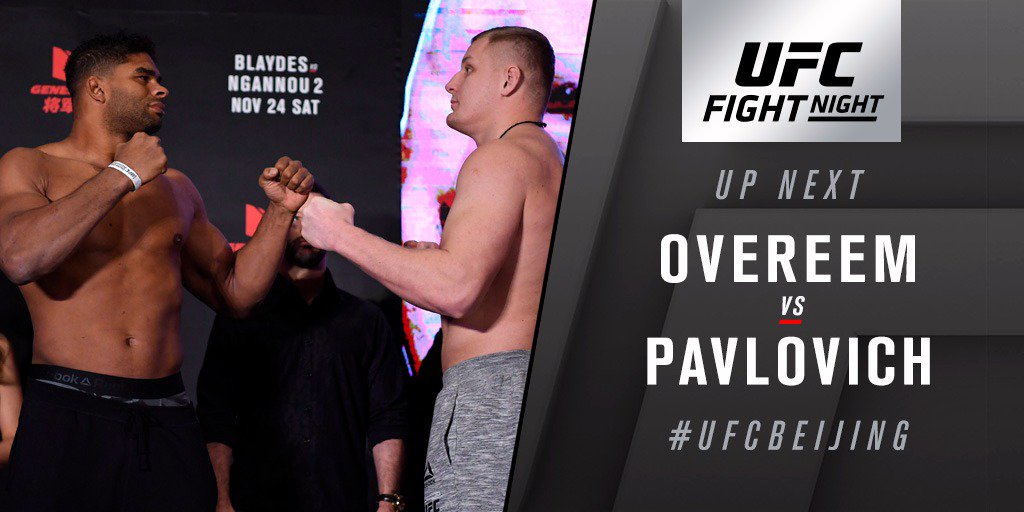 The Demolition Man lives up to his name as he pounded his way to a TKO win against a much taller, heavier but less experienced Pavlovich. This victory does nothing much to Overeem’s career, except giving him a morale boost. Pavlovich who was making his UFC debut did everything he had but got caught up in the clinch and taken down. Once Overeem was on a strong top position, he hammered down punches which made Pavlovich cover-up and nowhere to go. The referee didn’t want Pavlovich to eat any more of those heavy hammer shots and made the fight stop at 4:21 secs of the first round.
https://twitter.com/MMATeamDagestan/status/1066315096392179713

Francis Ngannou defeated Curtis Blaydes via TKO in Round 1

The predator just needed 25 secs to stop Blaydes and pick up his first win of 2018. Both the heavyweights earlier met in 2016 with the fight being stopped due to Blaydes’ unable to see from his right eye. Francis landed a big overhand which missed it mark but grazed the left side of the Blaydes’ head who went wobbly thereon. Francis continued to pour in punches as Blaydes struggled to grab his feet for a takedown. The punches were too much once again and the fight had to be stopped.
https://twitter.com/DarrenRussell_/status/1066319622104707073
https://twitter.com/UFCEurope/status/1066318370956488704