UFC Fight Night 142 takes the battle Down Under 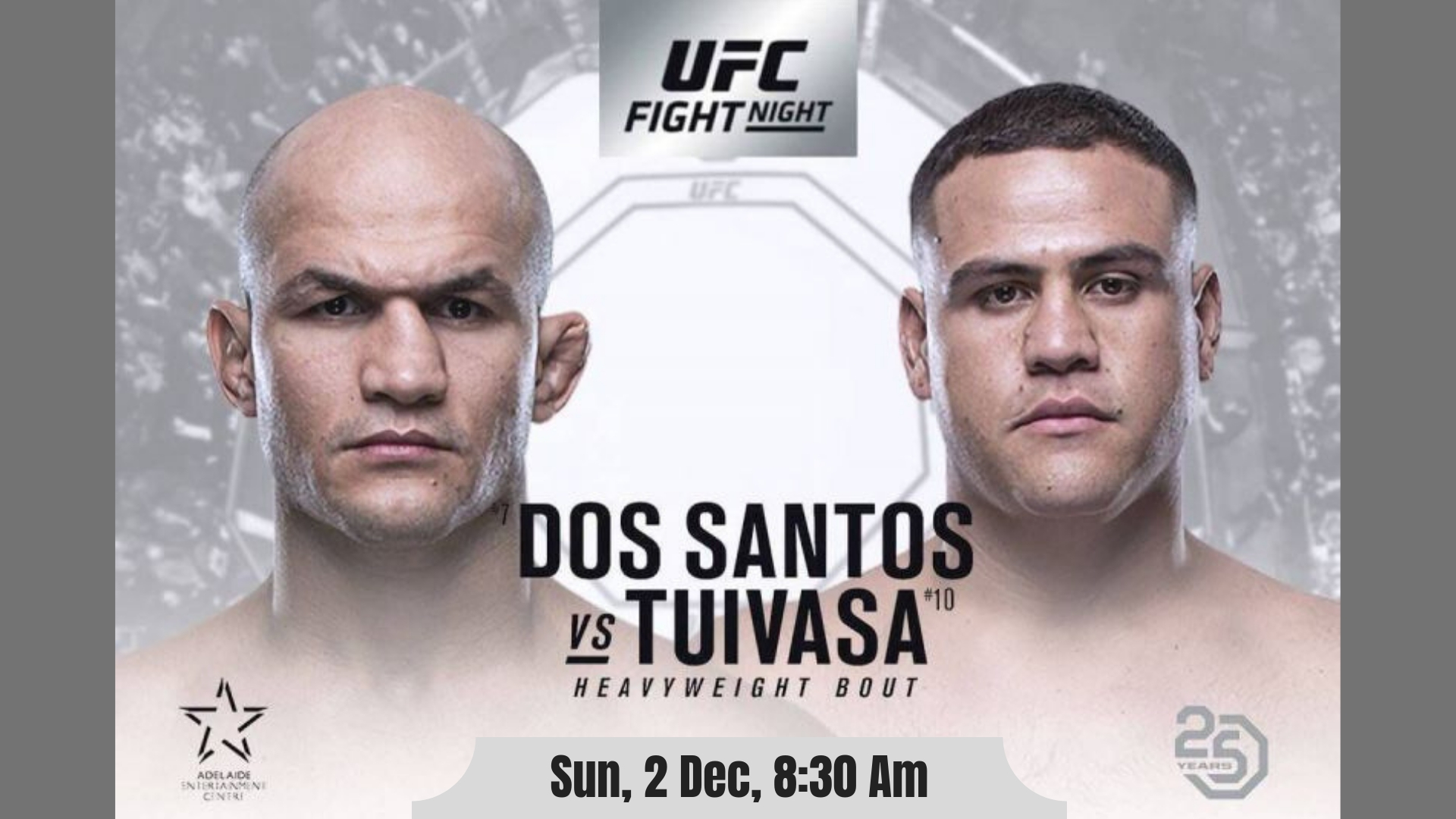 The fights from UFC’s 13th tour to Australia on 2nd December will be held at Adelaide Entertainment Centre. Fans are in for a treat this weekend as two of the hardest hitters in the Heavyweight Division take the center stage. The main event takes place between former champion Junior Dos Santos and homecoming rising star Tai Tuivasa in a five-round battle followed by another Heavyweight Bout between UFC veteran Mark Hunt and future title-contender, Justin Willis.

Junior Dos Santos is one of the most technically proficient boxers to ever step inside the Octagon. The “Cigano” has alternated wins and losses over his past nine UFC fights but is coming off a dominant performance in his last fight against Blagoy Ivanov at Fight Night 133 which has helped him retain the No.7 spot in the official ranking of UFC roster. The Brazilian’s combination of range and boxing options has helped him land 12 knockdowns in UFC Heavyweight division so far. This weekend “Cigono” will have to face the hostile crowd when he goes up against the home-grown Australian Tai Tuivasa.

The Australian Heavyweight hopeful faces his stiffest challenge to date when he faces the former Heavyweight Champion, Junior Dos Santos in Adelaide. The undefeated Aussie is coming off a three-fight UFC winning streak in the Heavyweight Division and is one fight away from being tied with Daniel Cormier who currently leads the board with a four match unbeaten streak. Tuivasa has earned nine of his ten career victories by knockout in Round 1 and the biggest win of his combat sport career came at UFC 225 in June where he defeated Andrei Arlovski.

The Cigono has too much experience to make any mistakes and has the power to shut the lights out with one shot, but Bam Bam has the explosiveness and athleticism to finish all his fights in blink of an eye.

Hunt is an old school fighter and will look to bounce back from a pair of tough losses as he takes on Justin Willis, who might be future title – contender in the division. Hunt is well known for his concrete chin and blistering power but the Super Samoan’s record inside the Octagon has been very inconsistent. Even at the tail-end of his career, Hunt is looking to get back into the win column so any fighter who underestimates him could be in for a long – or potentially very short – night.

Justin Willis makes only his fourth UFC appearance and will be well-aware of the threat and weaknesses of his counterpart. Justin Willis has started his UFC career with 3 straight wins similar to Tai Tuivasa and will be confident of adding the Super Samoan to his record.  The American trains alongside Heavyweight champion Daniel Cormier which has helped him grow his endurance and strength to compete in this division. If Justin Willis can take out Mark Hunt in Australia, his name will gain a lot of credibility and recognition within the UFC roster