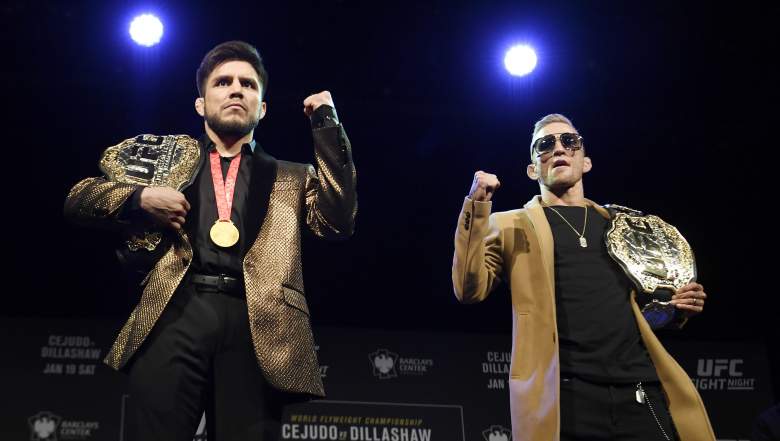 Glover Teixeira defeated Karl Roberson via Submission in Round 1

The late replacement Karl Robertson meant business the moment he stuffed the initial takedown attempt from the veteran Teixeira and landed some heavy elbows to the side of his head sending him crumbling to the ground. Teixeira was in a bad spot as he took some nasty elbows from the top, but the Brazilian dug deep and turned the tables around as he secured the top position. From there on it was all Teixiera, who succeeded with the arm-triangle choke on the second attempt and made Robertson tap out at 3:21 secs of the first round. With this win, Teixeira has now finished 24 of his 28 opponents and is just behind Jones at9 in the most finishes in the light heavyweight division

Paige VanZant defeated Rachael Ostovich via Submission in Round 2

The much anticipated and talked about fight between the two flyweights lived up to the expectation until it lasted. Rachael took the center of the stage and drove Paige to the ground over and over again until she got her takedown and dominated her for the entire first round. Rachael displayed slick striking and quick movement from her last fight as she was able to easily control the much experienced Paige. But in the second round, Paige bounced back and scored her own takedown after eating some nasty strikes from Rachael. Once she got her back, Paige just went in for the arm bar and forced Rachael to tap it at 1:50 secs.

That's it!@PaigeVanzant gets the tap in round 2!

Nothing but respect between two world class athletes. #UFCBrooklyn pic.twitter.com/zXwPTtQLmo

Not knowing whether the flyweight division would still be there this year, Benavidez made sure this fight had all the good things to remember. He impressively outworked Dustin Ortiz for the entire 15 minutes of the fight in the striking and ground game. Benavidez’s grappling was on point as he stuffed take downs, neutralized the offense and socred six takedowns. He landed a big left hand that dropped Ortiz in the late first round. Ortiz managed to get hold of a rear-naked choke in the final seconds of the second round, but Benavidez avoided the pressure with his wrestling skills. Benavidez and Ortiz earlier met in 2014 and the fight ended in the same fashion.

Ortiz tries to sink in the RNC, but Benavidez survives until the end of the round! #UFCBrooklyn pic.twitter.com/IApDnDXfpR

Gregor Gillespie defeated Yancy Medeiros via TKO in Round 2 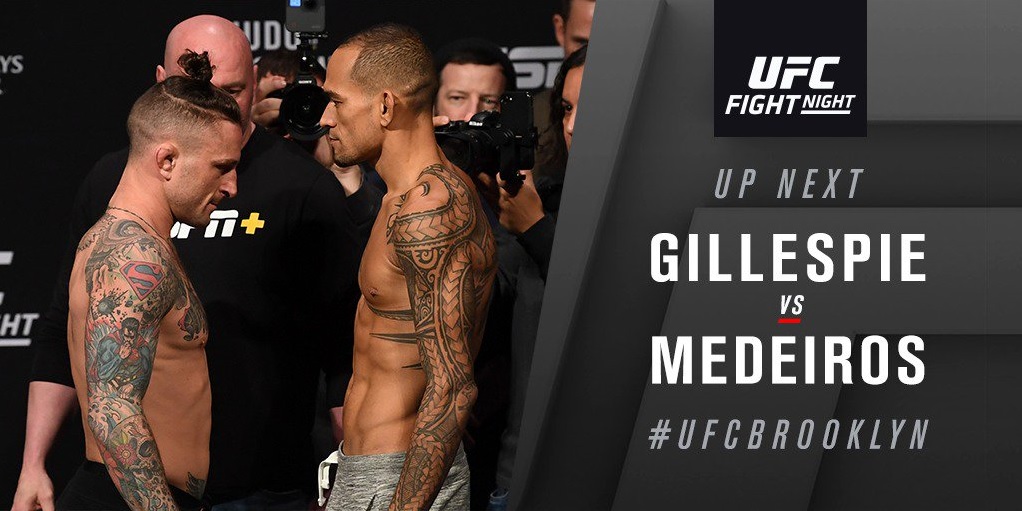 Gregor Gillespie was in no mood to have his perfect 12-0 record tarnished as he welcomed the welterweight into the lightweight division. He made Yancy pay for every offense with his takedown once he got hold of the Hawaiian. Gillespie smothered Yancy in the first round and continued the onslaught as he secured nine takedowns in two rounds. Every time Yancy stood back up, he was taken down again and again until his energy was drained out of his system. With 55 strikes compared to 1, Gillespie completely dismantled Yancy on the standup and once he got hold of the dominant position getting Yancy’s back, he rained down punches leaving him unable to defend with his face planted to the mat. With this victory, Gillespie improved to 13-0 and 6-0 in the UFC.
https://twitter.com/ufc/status/1086846131357642753

Allen Crowder defeated Greg Hardy via DQ in Round 2 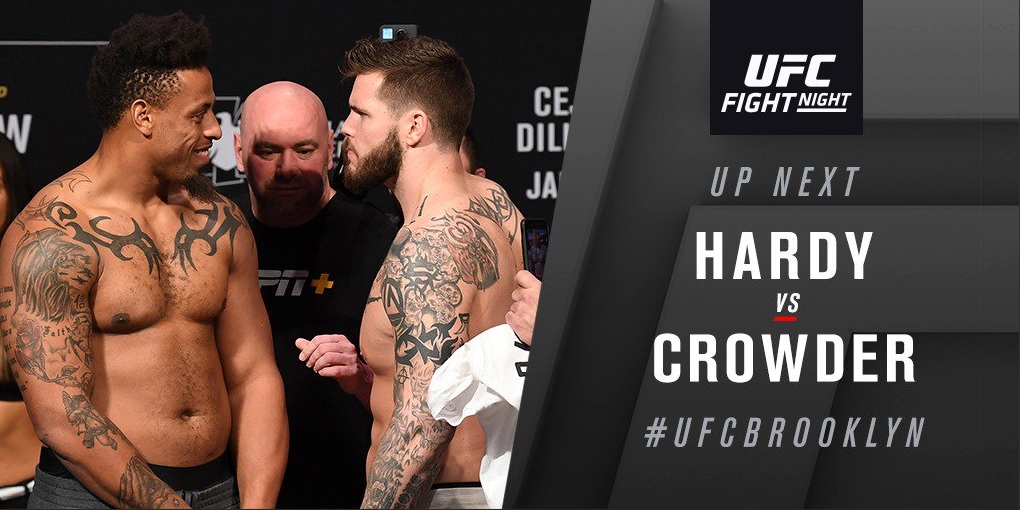 Looks like controversy loves to follow Greg Hardy and tonight it was inside the octagon when the fight ended on controversial note. The former NFL All-Pro, Greg Hardy made his UFC debut but landed in soup due to an illegal knee. Greg Hardy opened the first round on a strong note with his pressure giving no room for Crowder. But the resilient heavyweight took down Hardy and transitions from side control to a crucifix position. By the end of the first round, both the fighters looked gassed out and Greg Hardy for the first time stepped into the second round. With a second wind, Crowder made a comeback but Hardy landed an illegal knee to the side of Crowder’s head as looked to get back up. Crowder improves to 10-3 (1 NC) while Hardy tastes defeat for the first time.