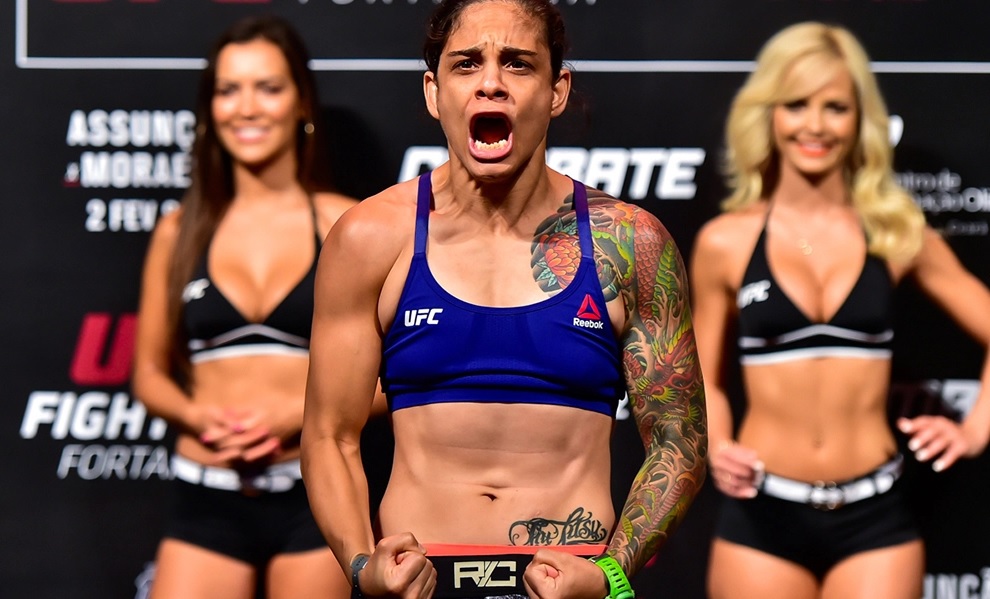 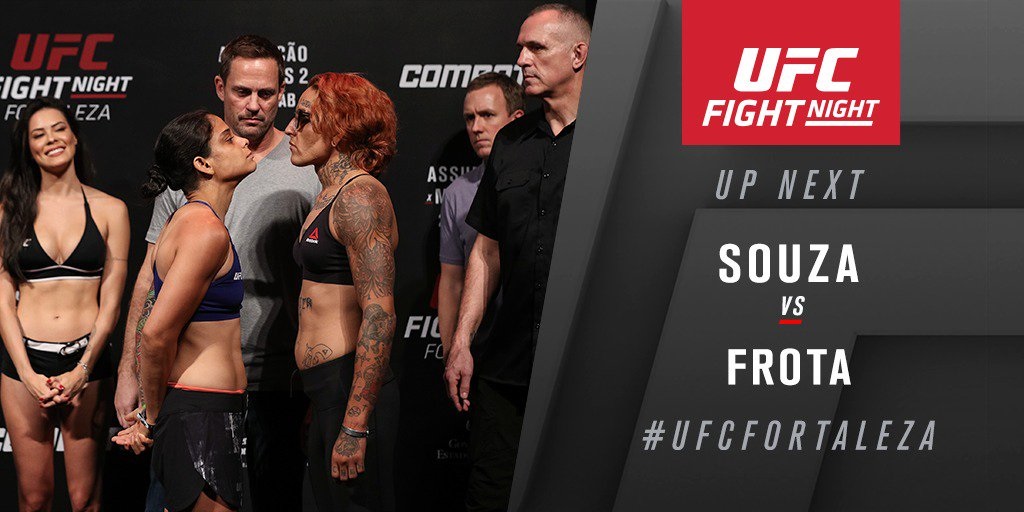 The undefeated Sarah Frota was already in on the wrong side of the fight as she first missed weight by 7 lbs and then had to forgo 20% of her purse for her scheduled strawweight matchup against Livi Renata Souza. Frota did look like the bigger fighter in the cage but it didn’t mean anything to Renata who used her takedowns and submission attempts to drain the last ounce of energy from Frota. Renata kept herself busy after scoring a quick takedown in the first round and working for armbars and chokes. Frota managed to flip the position but Renata continued to do her work from the bottom. Frota had her chance to shine as she pushed forward and landed some clean combos in t he second round, but the relentless Renata almost finished her with a rear naked choke int he final seconds.

With this win Renata, extends her record to 13-1, with four straight wins as she picks up her second win inside the Octagon and handed Frota her first professional loss.

We head to the third and final round! #UFCFortaleza pic.twitter.com/PQeaK7Zvwh