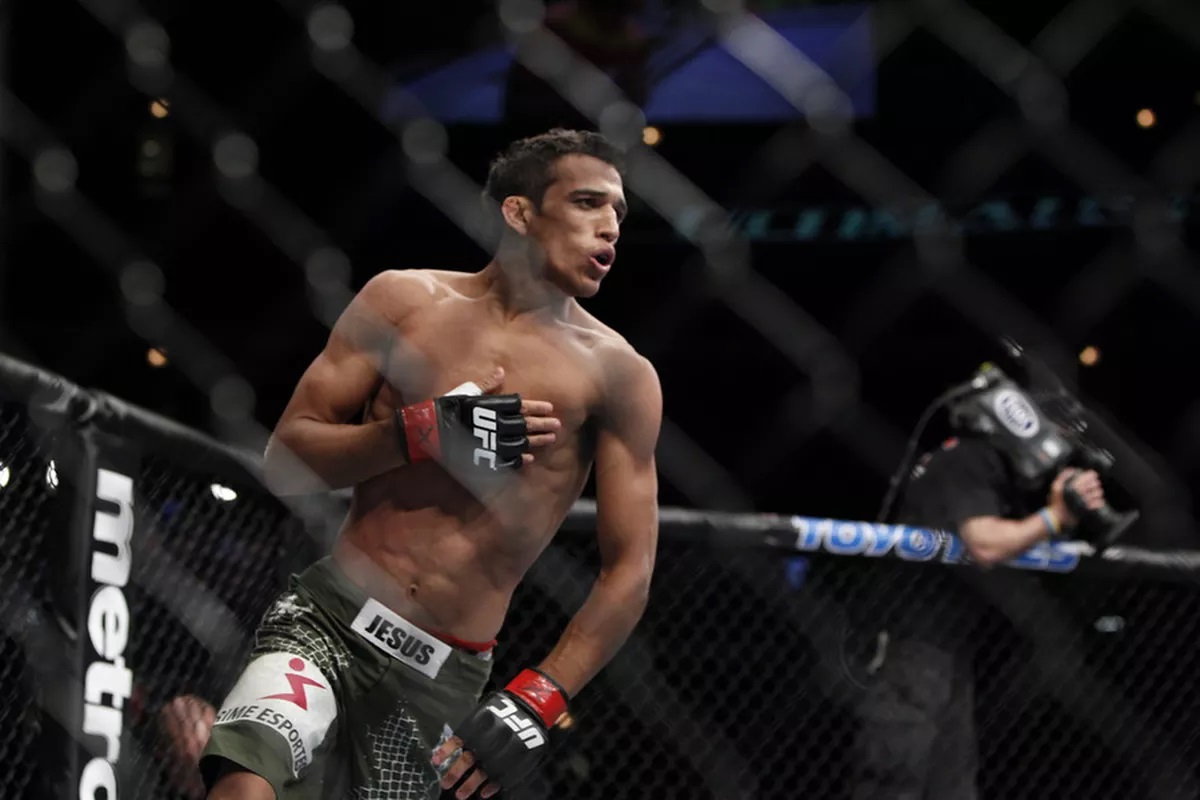 Charles Oliveira made a huge statement after he secured his record 13th submission win against David Teymur in the lightweight matchup. But it was not so easy to get his fourth submission win in the past eight months. Charles had to deal with an early eye poke and by the time he recovered, another eye poke got things to halt. Once Charles recovered he was all fired up and took the fight to the next level with his strikes. Teymur did his part to keep Charles at bay, but in the process got rocked with a forearm shot to his chin and got into survival mode. Charles secured a nasty anaconda choke as Teymur turned around to clinch him and made him tap at the 55-second mark of the second round.  Oliveira, has now won four straight while Teymur had an eight-fight win streak snapped.and lost for the first time in his four UFC bouts.