After a split decision loss in his UFC debut back in 2015, Santos went on a six fight win streak that saw get wins over noteable opponents like Omari Akhmedov, Keita Nakamura, Lyman Good and Max Griffin. A win over Millender would mark another feather in Santos’ cap and he made sure it happened with his signature move. Millender anticipated that sooner or later a takedown was coming his way, but Santos surprised him by taking down in the opening seconds of the first round and once he got Millender’s back it was all over.
https://twitter.com/ufc/status/1104580374145916929
https://twitter.com/ufc/status/1104580662625890304
19
SHARES
ShareTweet 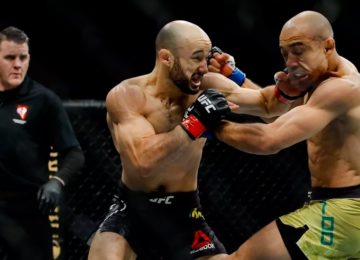 Posted by Sohail Syed - December 15, 2019 0
The weight cut for Jose Aldo might have been an easy one, but facing the former title challenger Marlon Moraes… 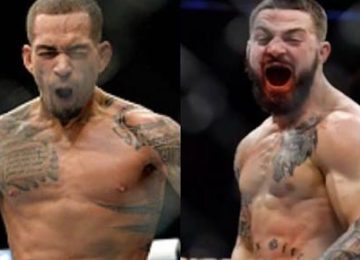 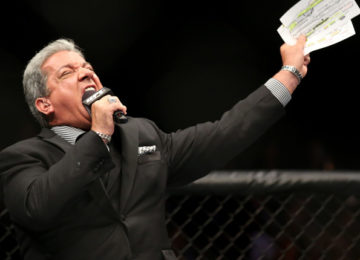 UFC 221 fighters give their thoughts about ‘legend’ Bruce Buffer

Posted by Aditya Rangarajan - February 7, 2018 0
A man who often flies under the radar despite being an important fixture in all UFC pay-per-view cards, Bruce Buffer… 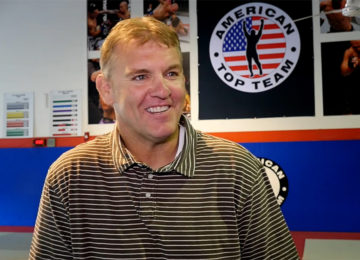 Posted by Jay Rock - May 16, 2019 0
Last month in an amazing five rounds of war, UFC featherweight champion Max Holloway moved up in weight class to… 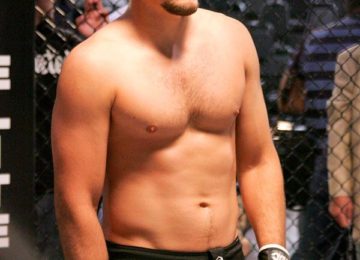 Nick Diaz wants to return in fighting, clearing up issues with USADA.

Posted by Santanu Roy - January 4, 2018 0
Nick Diaz is looking for a potential return to action soon. The only thing that’s in his way is a…