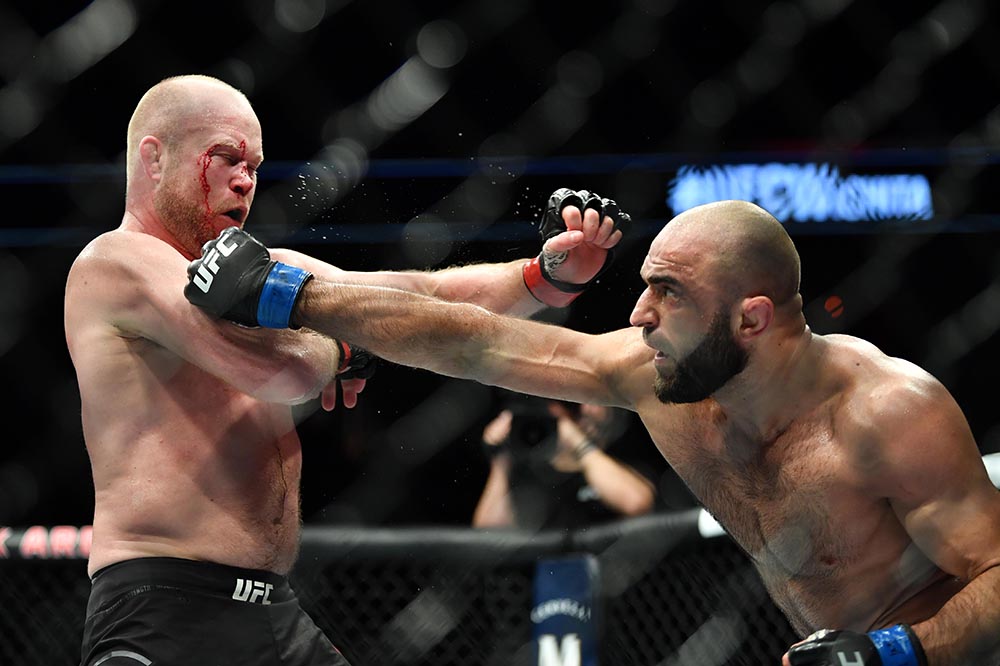 The main event kicked off with a middleweight bout between two very inactive fighters making their comebacks after a long absence from the octagon. A classic striker vs. striker match up, this fight ended up being played entirely on the feet as both the middle weights looked to knock each other with their massive power. Tim who’s now in his last leg of the career was looking for a win where he could walk off into the sunset with his hand raised. But the Russian Wolverine brought the fight to the Barbarian with this diverse striking and broke his nose with a straight right in the second round. A late resurgence by Tim in the third round as he marches down and forced Omarito circle away and adopt a back footwork as he ate some decent shots and leg kicks from Tim. But it was too late as the scorecard was heavily in favour of Omari who did a good job of countering Tim in the final round. With this win, Omari extends his win streak to three while Tim losses his second straight fight.
https://twitter.com/ufc/status/1104554589775224832
https://twitter.com/ufc/status/1104556343208210433