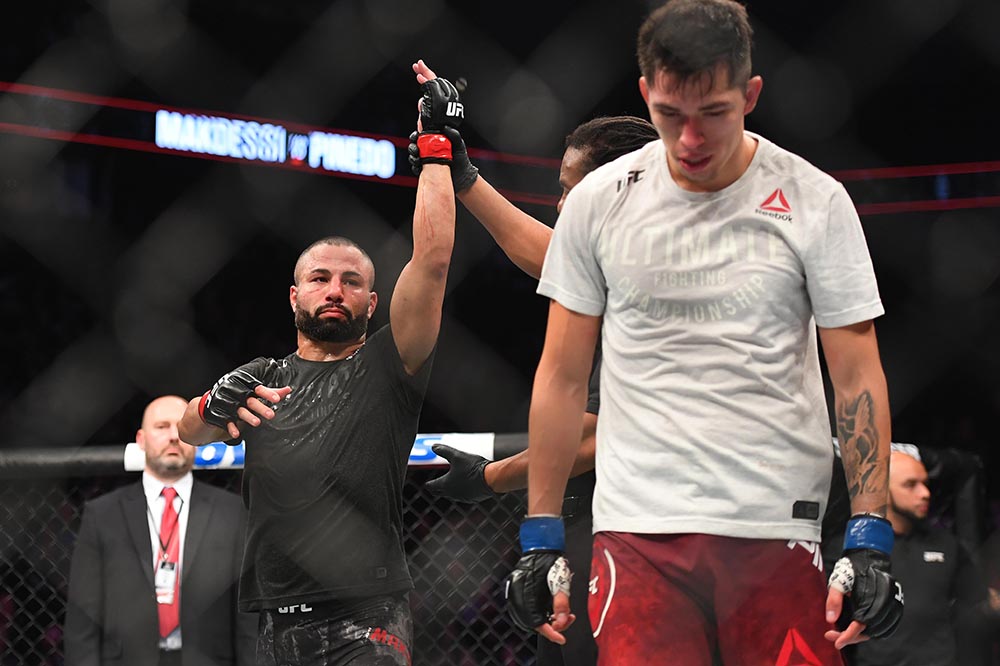 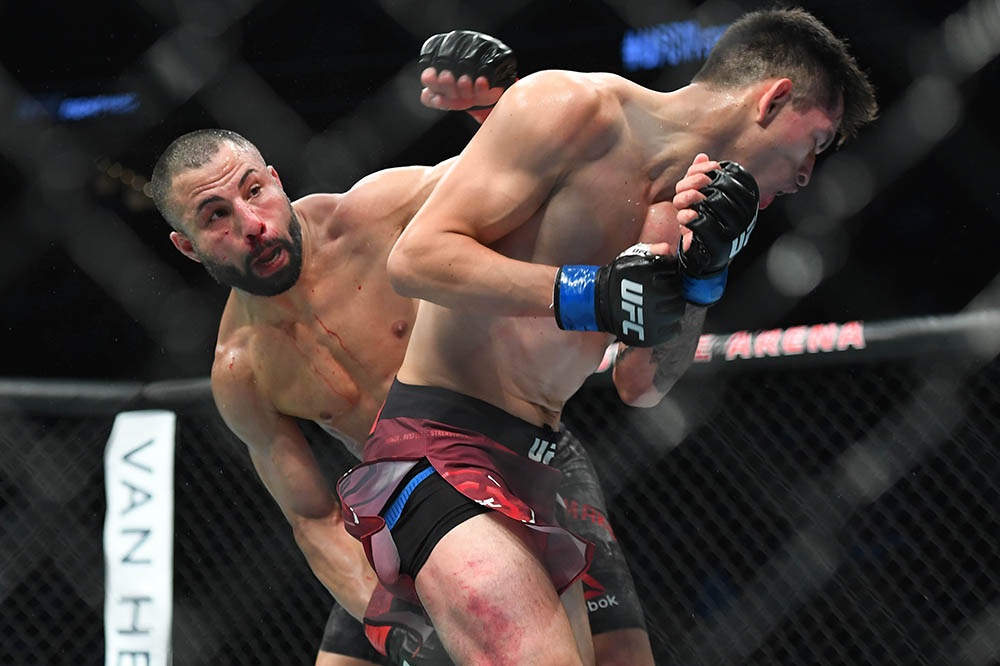 John Makdessi handed Jesus Pinedo his first UFC loss after a three round carefully fought fight. Though the fight did not live up to the other fights on the main card, but it sure did good for John who is now on a three fight win streak. Both the lightweights were careful and hesitant to engage in the opening round making the crowd grow restless. John landed some leg kicks just to show his activity but Pinedo was completely against moving forward and engaging with his opponent. The slow paced fight continued into the second and third round with the same level of engagement. The crowd had it enough and began to boo at both the lightweights. Pinedo opened up in the final moments of the third round, but it was too late.
https://twitter.com/ufc/status/1109634562961752064
https://twitter.com/ufc/status/1109636671731986433