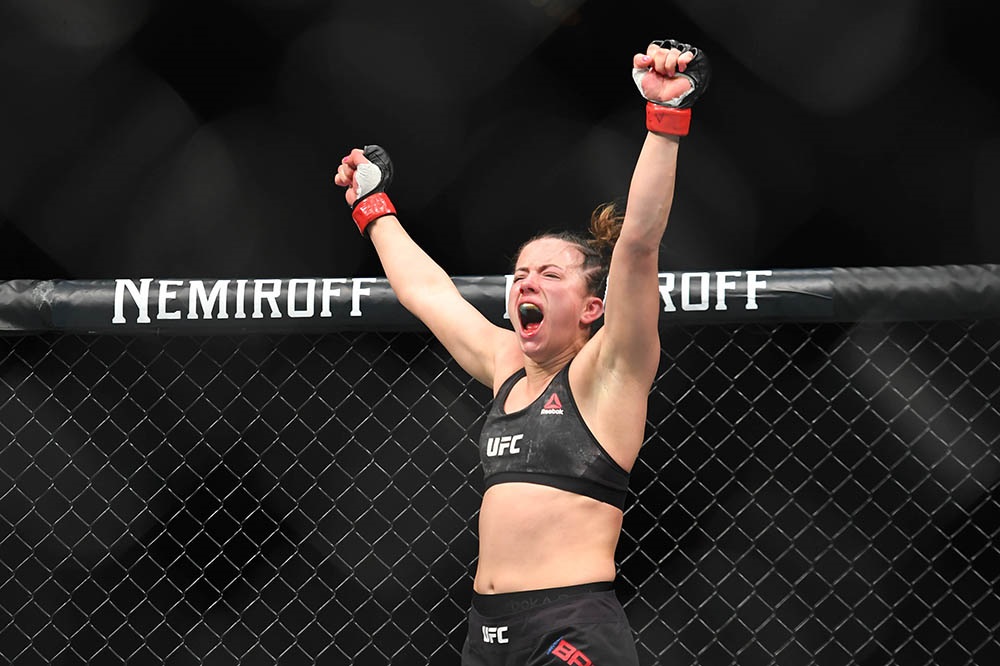 Maycee Barber defeated J.J. Aldrich via TKO in Round 2

With less than six months into making her UFC debut, Barber the 20 year old strawweight prospect has racked up two dominant wins via TKO, both coming in round 2. The win tonight didn’t come easy as Barber had to initially struggle against Aldrich who entered this bout with a three fight win streak. Aldrich bought in her usual aggressive fight game from the first round and scored a big knockdown with a solid left. Aldrich continued to put pressure with her offense, but Barber found her way and began utilizing her kicks to stay in the fight. With growing confidence, Barber began executing her game plan of fighting in the pocket where she landed nasty elbows. A big right hand from Barber turned tables as Aldrich was left staggered and unable to defend the barrage of punches leaning against the cage. referee Keith Peterson stepped in to stop fight at 3:01 secs of round 2. With this win, Barber keeps her record intact to 7-0 while Aldrich snaps her three fight win streak.