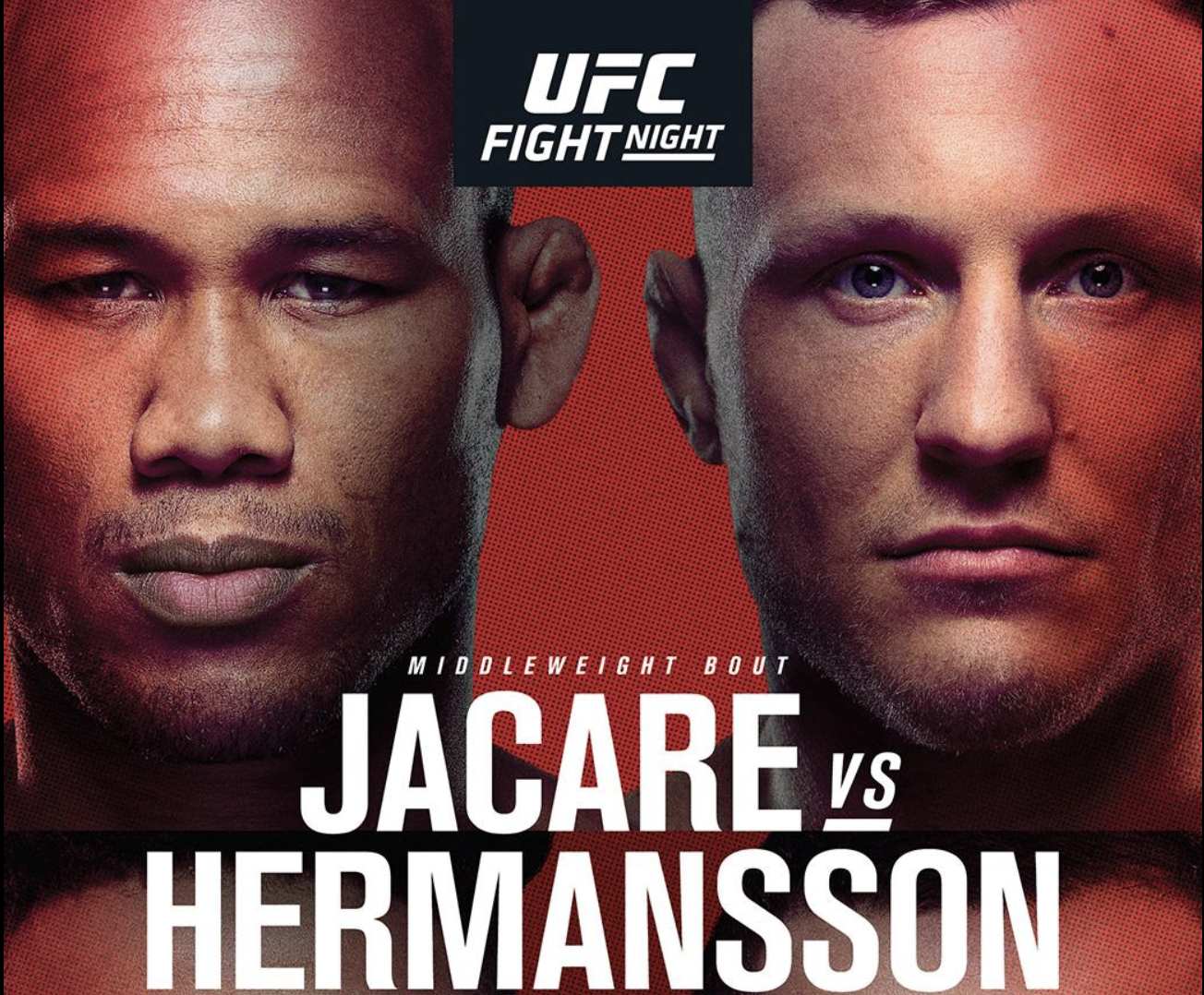 UFC returns to Florida for the first time in nearly seven years for this weekend’s UFC Fight Night 150 event, which takes place at BB&T Center. Ronaldo “Jacare” Souza, who is ranked no.4 in the UFC middleweight rankings, faces the no.10 ranked Jack Hermansson in the main event that could hugely impact the Middleweight Division. Meanwhile, in the co-main event, former NFL star, Greg Hardy and Dimitry Smoliakov are looking for their first win inside the UFC Octagon since their debut. This fight card also features multiple high-level fighters across a variety of weight divisions looking to continue their ascent in the rankings.

Perennial top five-ranked middleweight fighter Ronaldo “Jacare” Souza will attempt to secure his first UFC title shot when he headlines UFC Fight Night 150 in Florida. The Brazilian is coming off a huge win against former middleweight champion Chris Weidman at UFC 230 through a third-round knockout. Jacare has won three out of his past five fights and his two losses have come at the hands of Kelvin Gastelum and Robert Whittaker,the top contenders for the middleweight belt. If Souza can beat Hermansson convincingly as he beat Chris Camozzi and Tim Boetsch, a title shot for ‘Jacare’ may finally be in the cards.

Less than a month after tapping out David Branch in 49 seconds to earn his third straight victory, Jack “The Joker” Hermansson steps up to take Romero’s place opposite Souza in a contest that has an “Old Guard vs. New Blood” feel to it. Hermansson is in red hot form and has started to build a reputation as one of the most dangerous finishers at 185 pounds after wins over Thales Leites, Gerald Meerschaert and David Branch, all by knockout or submission. He has only lost two of his nine UFC fights and now Hermansson will attempt to get the biggest win of his career while facing one of the best middleweights in the world in Jacare to get his fourth consecutive win.

Ex-NFL player-turned-UFC heavyweight Greg Hardy didn’t get his UFC career off to the start he wanted after suffering a disqualification loss to Allen Crowder as he delivered an illegal knee on his debut back at UFC Fight Night 143 in January. Greg will look to earn his first win in his new training backyard at Fort Lauderdale, Florida.

Dmitry Smoliakov arrived to the UFC in 2016 with a record of 8-0 in MMA, but is yet to register his first win inside the UFC Octagon. His two UFC fights were against Luis Henrique in 2016 and Cyril Asker in 2017 which he lost through submission ad knockout respectively. Smoliakov is known for his grappling game on the ground with five career submission wins and that’s where he will look to take this fight while trying to avoid the knockout power of Greg Hardy.