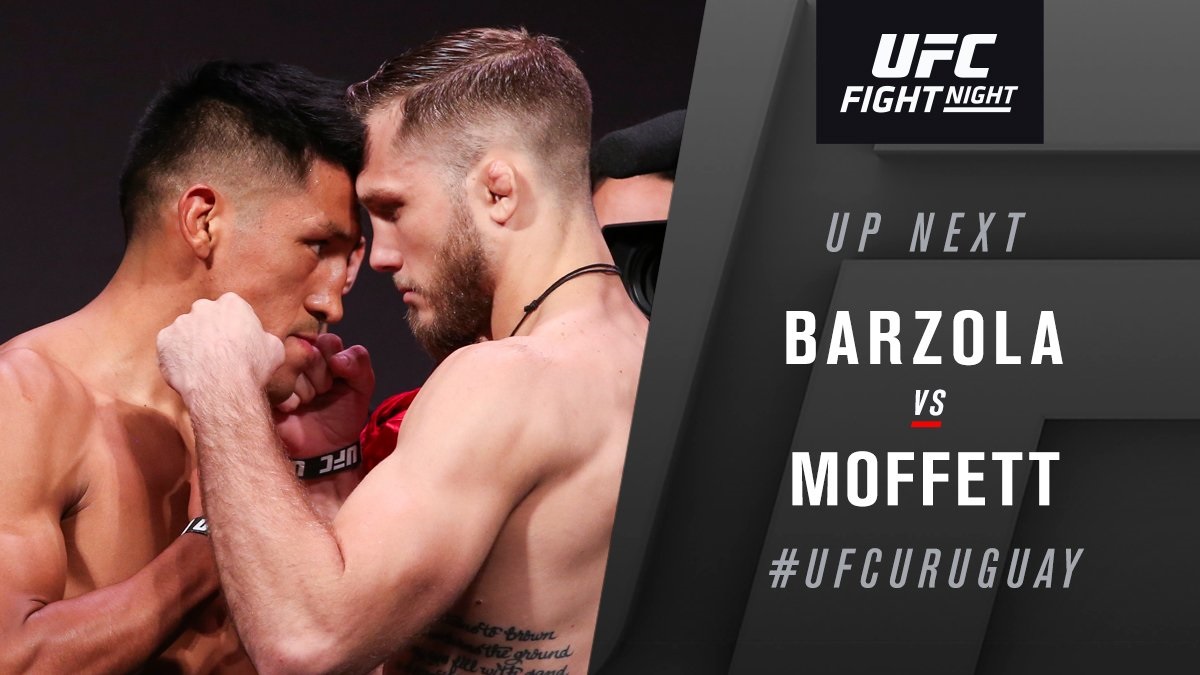 Enrique Barzola stepped into Octagon with the intention to get back to his winning ways after he snapped his four fight win streak earlier this year. The former TUF: Latin America 2 lightweight tournament winner, Enrique had to deal with the initial aggressive approach from Moffett as he landed some nasty leg kicks. Enrique was patient enough to weather the storm before he landed his own combinations. As the fight progressed, both the fighters continued their high pace strikin, but it was Enrique who’s punches did the damage. With the fight moving into the final round it seems as if the pace slowed down and neither of the fighters committing to push themselves and rather being selective in their output. But a last minute take down from Enrique sealed the fate of the fight.