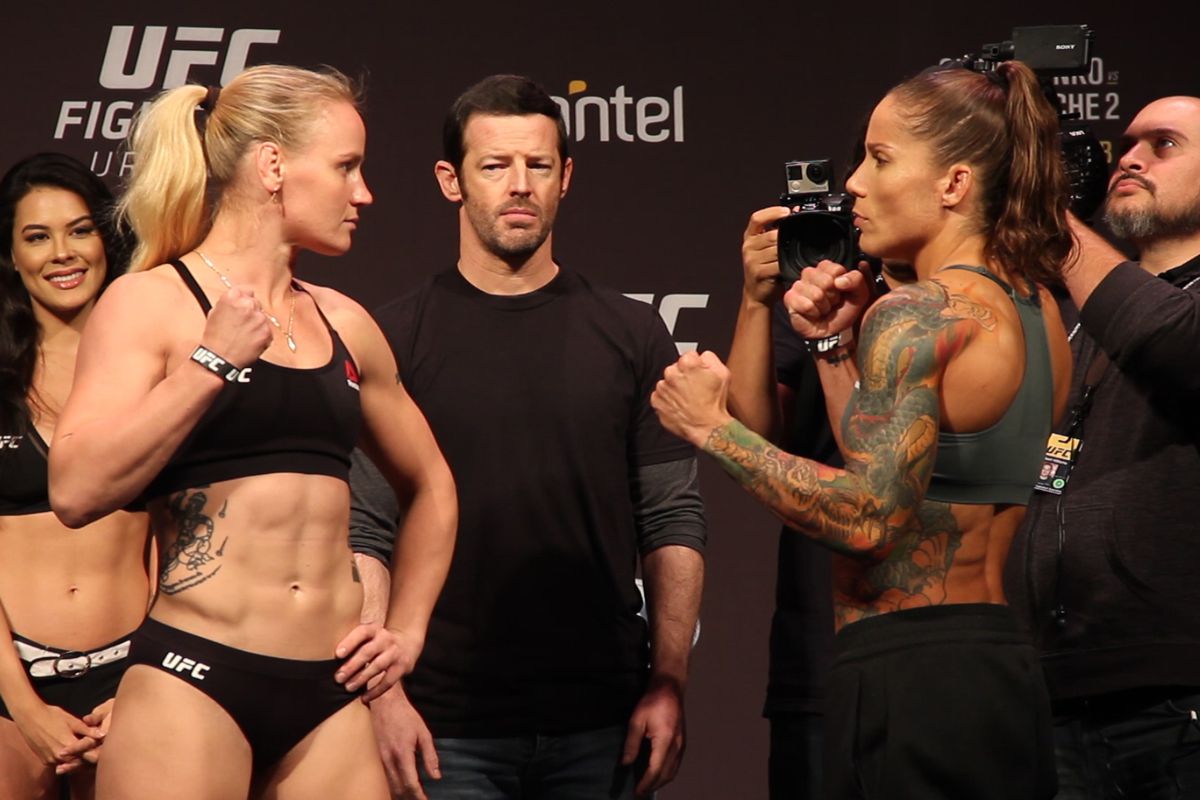 A pair of highly anticipated fights are headlining UFC 156 at Antel Arena, Uruguay with Valentina Shevchenko facing Liz Carmouche in the main event and Vicente Luque facing Mike Perry in the co-main event this weekend.

With just nine weeks from her recent victory in the flyweight division,  Shevchenko returns hungry in search of her second consecutive title defense with a strong adrenaline of revenge against Carmouche, the woman who handed her the first loss of her MMA career. On the other hand, we have Liz Carmouche with more than six years’ experience of fighting in the UFC, coming into this fight night on the back of a two fight win against Lucie Pudilová and Jennifer Maia. The Shevchenko- Carmouche fight would be an interesting fight for fans as they both have leaped past a good amount of time with a lot of experience and improvement, since the last time they met.

In the co-main event we have Vicente Luque, “The Silent Assassin,” who has posted a 9-1 record over his last 10 fights, comes to this on the back of a five-fight winning streak. By contrast, Mike “Platinum” Perry has won six and lost four in his last ten UFC appearances and remains one of the most captivating and discussed fighters in the division.

Both men are always looking to finish their opponents and are known for ‘abrupt endings’, so it’s going to be a treat for the audience to keep their eyes glued for an action-packed contest this weekend.