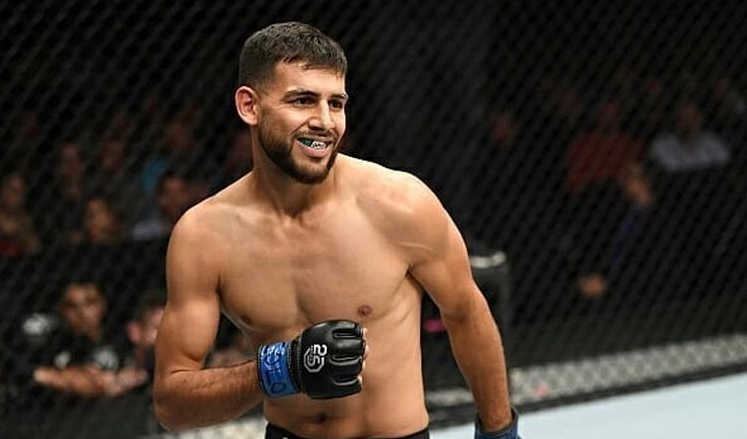 The UFC jabs its way into Mexico City on September 21st. Mexico City Arena should be packed-out in order to see a great line up featuring several Latino fighters.

The card is headlined by two co-mains, Alexa Grasso vs. Carla Esparza, and Jeremy Stephens vs. Yair Rodriguez. The UFC odds have both of these fights tightly lined. There is no clear favorite in the Stephens-Rodrigue fight and Alexa Grasso is just a slight favorite over Esparza.

Alexa is Guadalajaran, so she should get a lot of support in Mexico City versus the American. She’s the No. 9 ranked strawweight and has only taken two losses in her professional career. One to Felice Herrig and most recently to Tatiana Suarez, who would be most likely fighting for a belt if she wasn’t injured. Speaking of Suarez, she was also the last person to defeat Carla Esparza.

Carla Esparza comes from a pure grappling background. She’s wrestled – varsity– in high school and now holds a brown belt in Brazilian Jiu-Jitsu. She’ll have a distinct advantage on the ground against Alexa Grasso, but she isn’t very comfortable standing up. Her style is to close distance and strike from the clinch, which is exactly what she’ll have to do if she wants to beat a powerful striker such as Grasso.

Grasso is no slouch on the ground either, she holds a purple belt in BJJ So she has quite a few years of Jiu-Jitsu training. Still, of they go down to the matt, the combination of advanced Jiu-Jitsu and wrestling from Esparza could create problems for Grasso. She’ll want to stay standing and take advantage of superior boxing skills with footwork and managing distance.

This is one of those fights that could go either way. If Esparza fails in her takedown attempts, she’ll likely end up losing the fight. If she gains mount on the matt, she’ll likely win. I think this one goes to a decision. 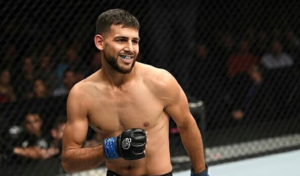 Stephens is a veteran with 44 professional fights under his belt. His last appearance was at UFC 235 where he took a loss to Zabit Magomedsharipov. What he gives up in height and youth to Yair Rodriguez, he makes up for in octagon experience. Rodriguez has 13 fights to his name and at 26 is seven years younger. He also has nearly three inches height advantage over Stephens, but Jeremy has long arms, and their reach is identical.

Both fighters are all gasoline, with a flashy, skid row style. Rodriguez has the ability to pull wins out of a hat. His last fight, almost a year ago, was against the Korean Zombie. And by all accounts, Yair was on the losing end of an incredible battle when he unleashed an elbow, similar to one of Magic Johnson’s old-school no-look passes, that critically caught the KZ and KO’d him with one second on the clock in the final round. Amazing.

Stephens has a ton of experience and can work a technical game plan. But he tends to get overemotional and start dropping bombs. He has created many a knockout this way, but it has also been his demise. Guys like Moicano and Magomedsharipov picked him apart. But, Rodriguez loves to brawl, so I don’t see Yair, sitting back and playing a calculated game once the fight gets heated. We should expect an all-out war from this one.

All though I believe it will be a hard-fought victory, it will probably go to Rodriguez … probably.

UFC: Anthony Pettis wants to fight Diego Sanchez by the end of 2019

Previous articleUFC: Anthony Pettis wants to fight Diego Sanchez by the end of 2019
Next articleJoanna Jedrzejczyk reveals why she turned down Weili Zhang fight three times!