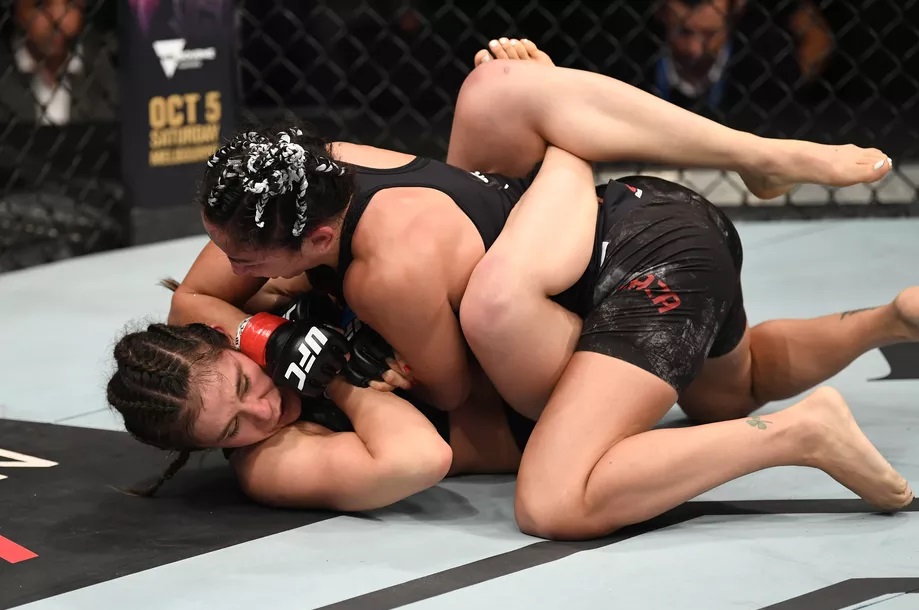 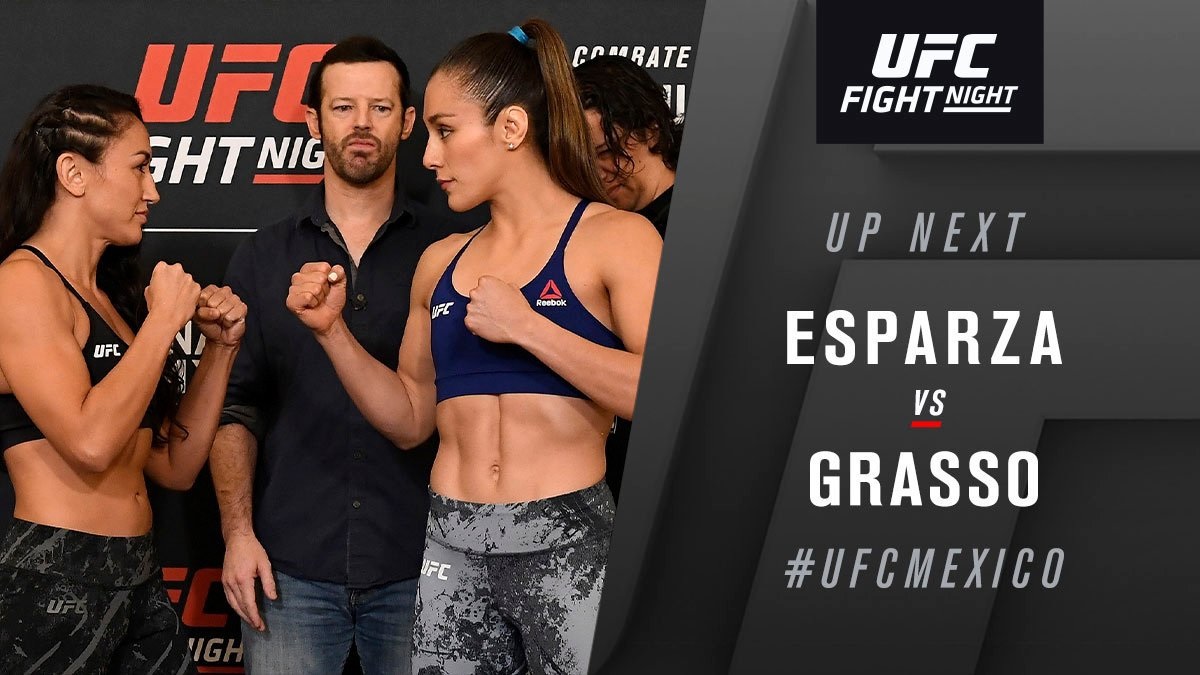 In the co-main both the female fighters put on a thrilling fight that kept the crowd at the edge of their seat for the entire three rounds.

The fight started with both the straw weights exchanging strikes on the feet. Esparza, the former strawweight champion found an opening to execute a powerful take down but, Grasso almost reversed the positions. Esparza  finally secured the top control but after a short tussle, Grasso got free to get back to her feet. Grasso then started making use of her improved boxing and her powerful punches began causing problem for Esparza.

Esparza continued with her ground attacks in the second round & secured a single-leg take down. Esparza almost latched onto the back of Grasso but she again scrambled back to her feet. After trading some heavy shots, Esparza took Grasso down for the fourth time. In the final round, Grasso realizing she was behind the score cards came out wild swinging that caught Esparza in the flurry. When Esparza change levels and went for a take down Grasso was ready to defend and in the process caught her in a nasty arm bar attempt that almost got her arm. Esparza managed to survive despite her hyper extended elbow. With seconds remaining both the fighter’s began landing bombs at each other as the crowd stood from the seats to cheer them up.