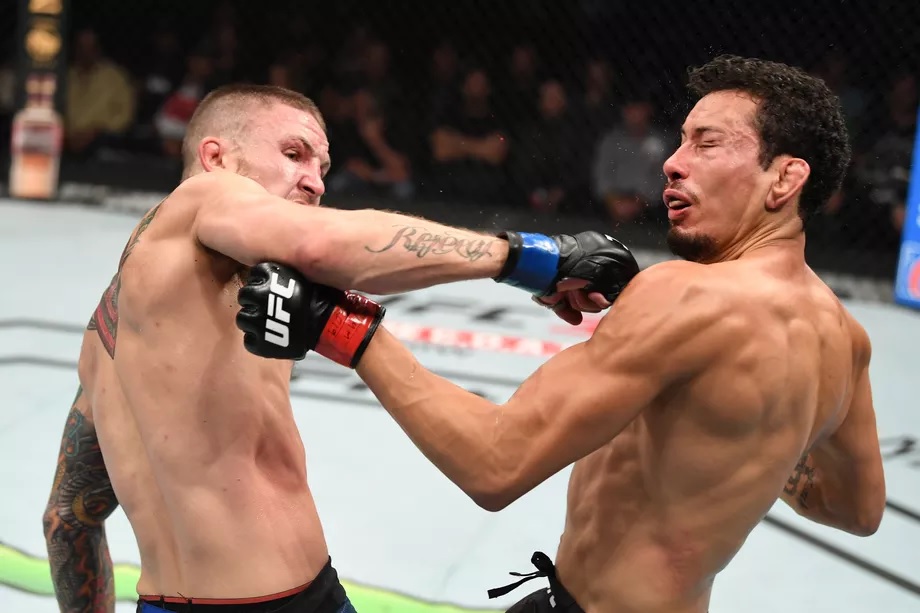 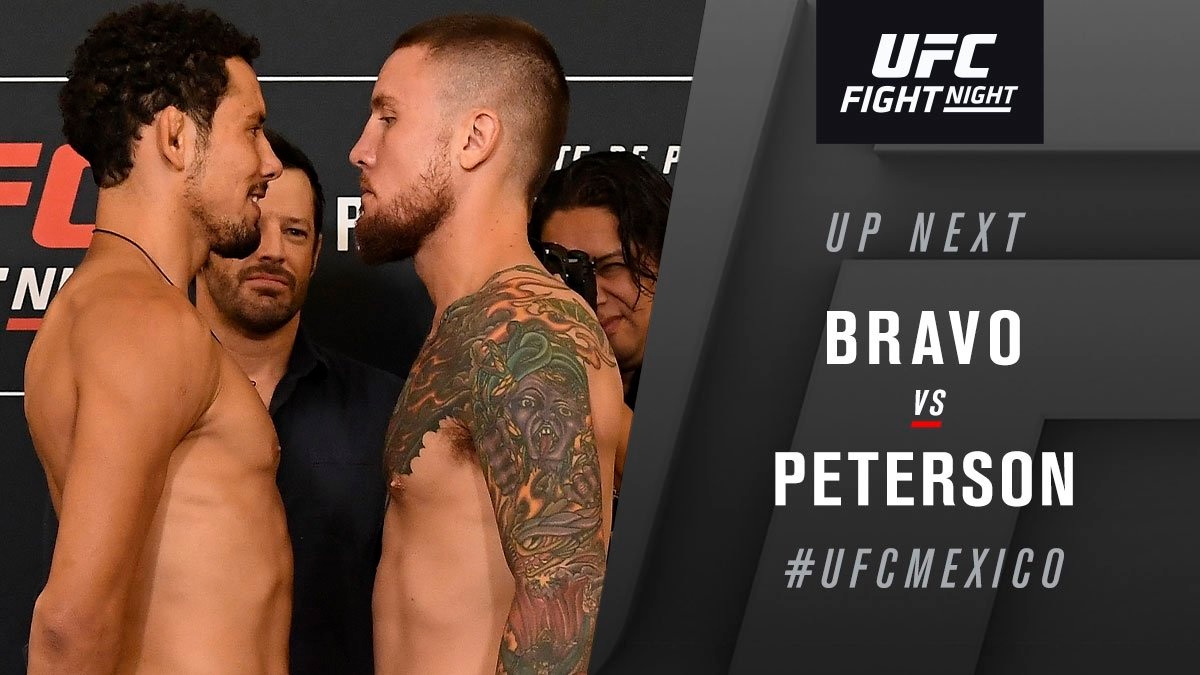 The main card kicked off with a ‘fight to secure their jobs’ as both the featherweights Steven Peterson and Martin Bravo had their backs to the wall coming off two straight losses. Without wasting any time, they both start out fast, swinging for the fences at one another. Peterson landed the first kick and sees more opportunities to time few more. Bravo quickly secured a take down but gets caught in the guillotine choke. Peterson could not capitalize on the position and Bravo escapes to stand up. What ensues is a back and forth action as they take turns to crack one another to end the first round with dynamic action. Bravo continues with his game plan; take Peterson to the ground and secured a take down. But the American got back to his feet and begins to trade with the Mexican. Just as Bravo attempts a spinning back fist, its missed the mark. Peterson does his own spinning back fist from the other side and perfectly lands the back of his fist at 1:31 into the second round. Bravo is out cold. The crowd goes silent. Peterson had just landed a highlight reel spinning back fist resulting in the biggest win of his career.