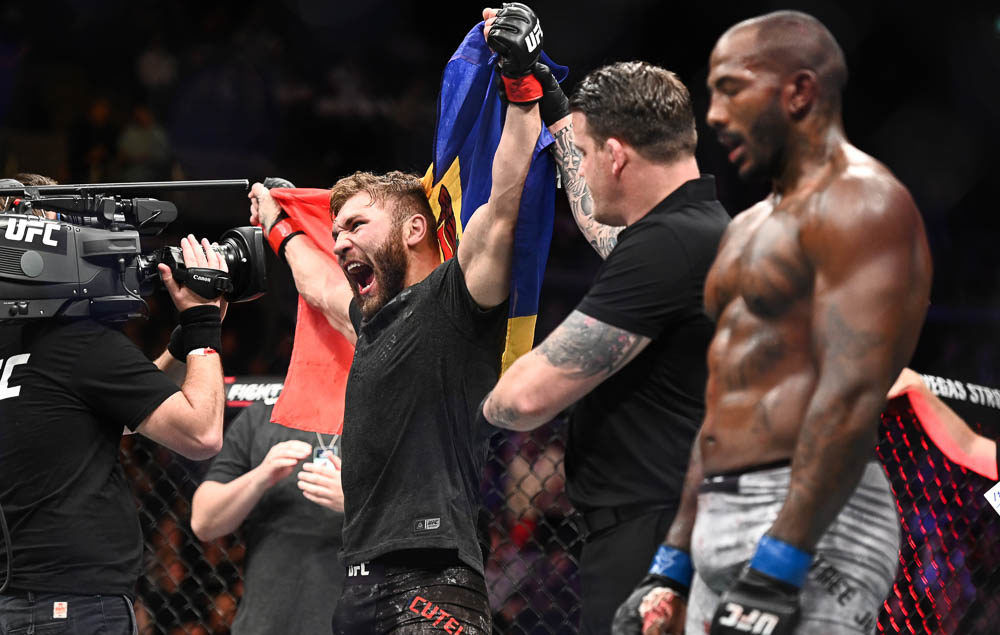 Ion Cutelaba lives up to his nick name with a first round win over a formidable striker.

Using his wrestling as a primary weapon, Ion Cutelaba neutralized the ferocious striking which Khalil is known for and took the fight to the ground. Right from the thudding kick Khalil landed, it was evident Ion was in no mood to stand and trade with him. After catching the body kick, Ion took Khalil to the mat and tried to keep him there. But Khalil managed to get up quickly. Ion was persistent to pull Khalil down and secure a top position. Once he got that, he unleashed an assault of elbows & punches from the top. Khalil took some serious damage and could not get himself out of the position. After seeing enough, the referee had to step in and stop the fight at 2:14 secs of the first round.