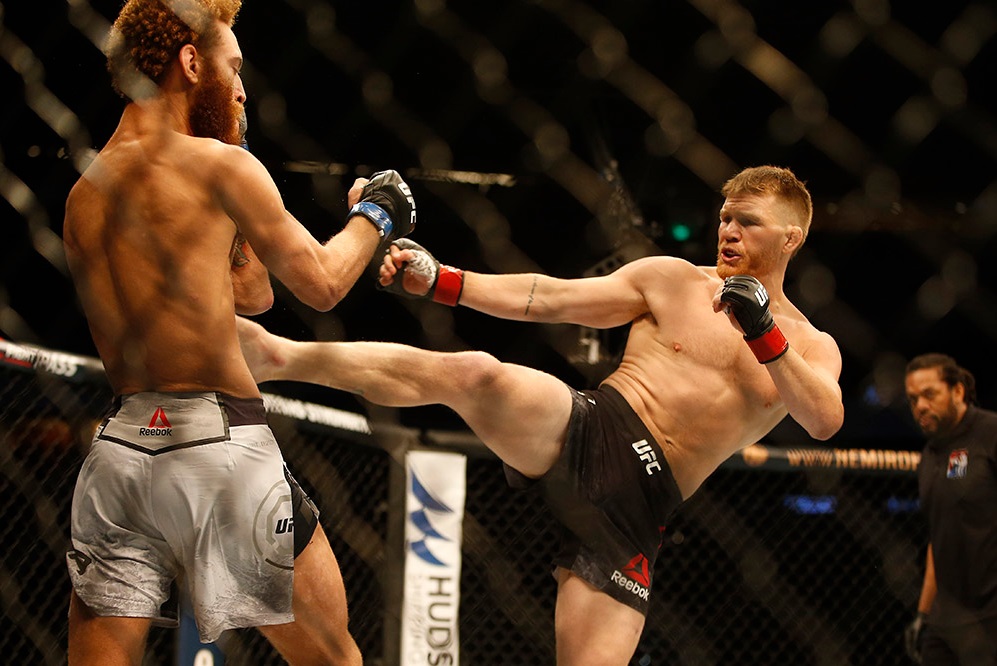 When Matt fought and won in DWTN Contender Series (Season 1) back in 2017, he wouldn’t of thought it would be an uphill battle right away. After suffering a KO loss in just 60 secs of the first round, Matt then lost a majority draw after a closely fought war against Lando Vannata. But the Serra-Longo team standout is known for his strong will and quickly rebounded with a win early this year. He displayed the same fighting spirit against Luis Pena as he grilled him right from the start with several leg kicks. “The Steamrolla” landed two huge hooks that just missed Pena, but he compensated them with another set of leg kicks. In the second round, Pena takes up the charge and rushed from his corner clipping Matt. Pena took Matt to the ground and as he caught him flush and quickly went for a kimura. A back and forth action ensued as both the light weights tried to deploy their game plan on one another on the stand up and the ground. But after a very close fight, the judges scored it in the favour of Matt Frevola.