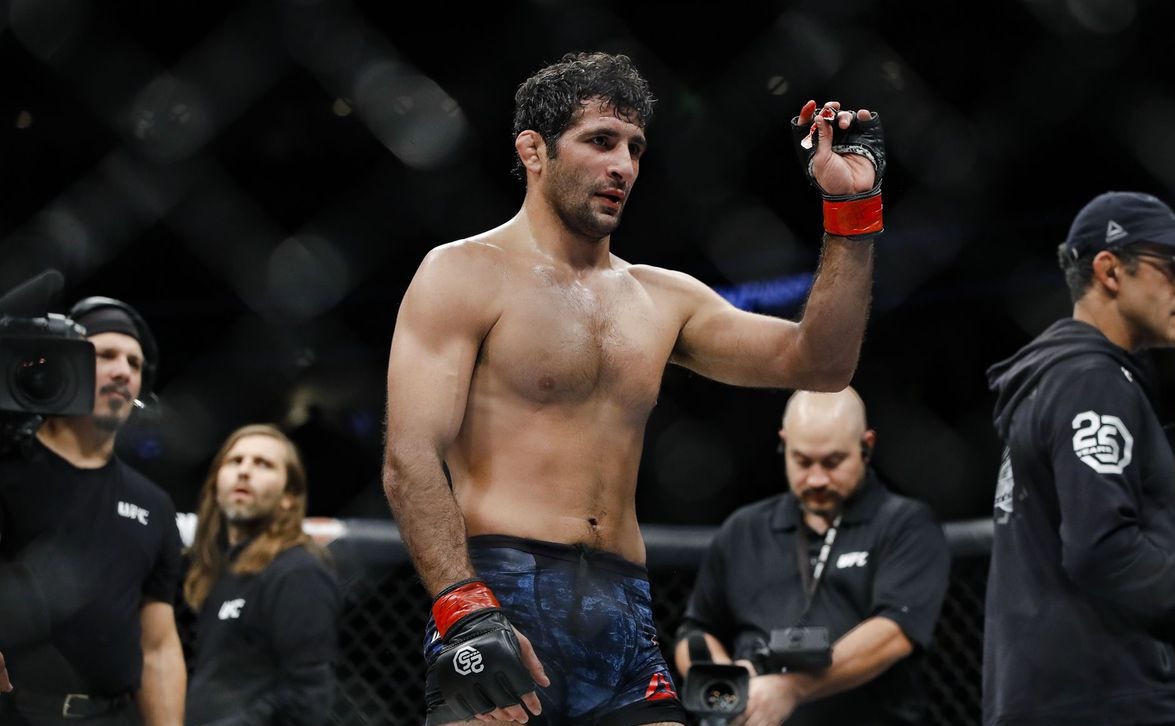 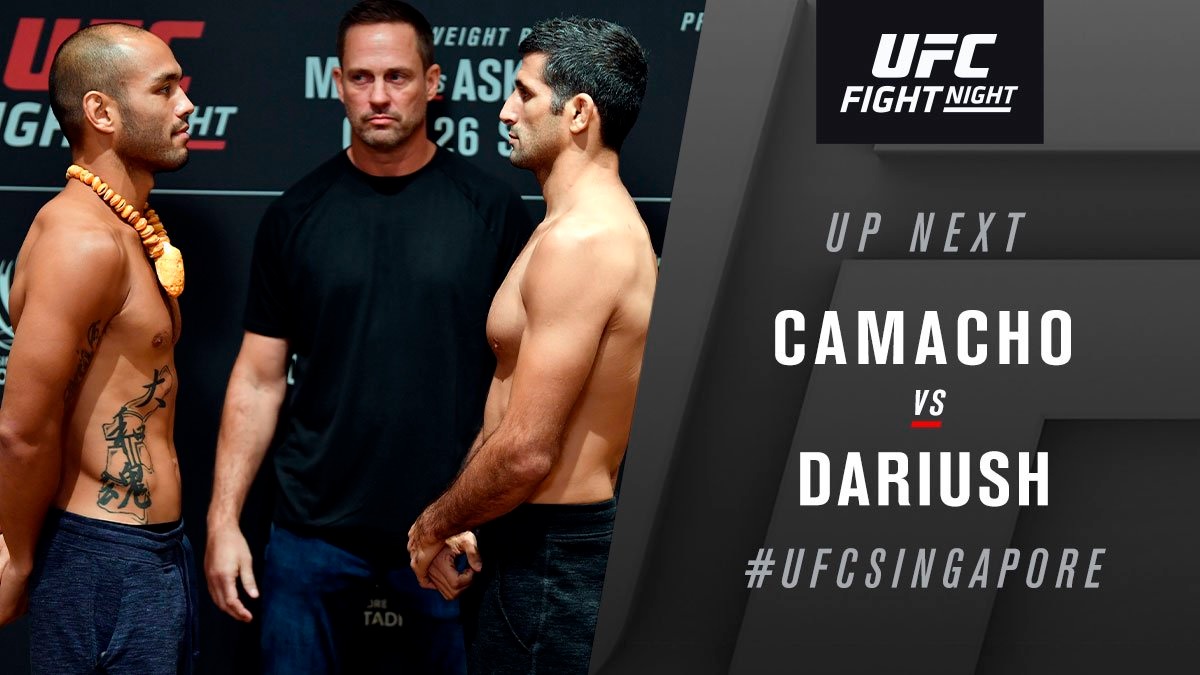 Lightweight Frank Camacho made his UFC debut back in 2017 in the Singapore Stadium on a very short notice. Though he lost his debut fight, it earned him the fight of the night bonus. But since then, he has gone 2-2 inside the octagon and now looks to improve his record against a 15 fight UFC veteran Dariush. It’s a tough match up and any slight error could lead up to a disappointment. But Camacho is not someone who puts up boring fights. As the round opens, he presses forward to pressurize Dariush. They end up in a clinch and Dariush attacks the body and as they separate lands a thudding body kick that leads to a clean take down. Dariush sees opening and quickly spins to secure Camacho’s back. Within seconds he wraps up RNC with a body triangle locked in and forces Camacho to tap at 2:02 secs of the very first round.

Textbook 📚@BeneilDariush gets the takedown, puts his hooks in and sinks in the RNC! #UFCSingapore pic.twitter.com/FHCxrJNHHr