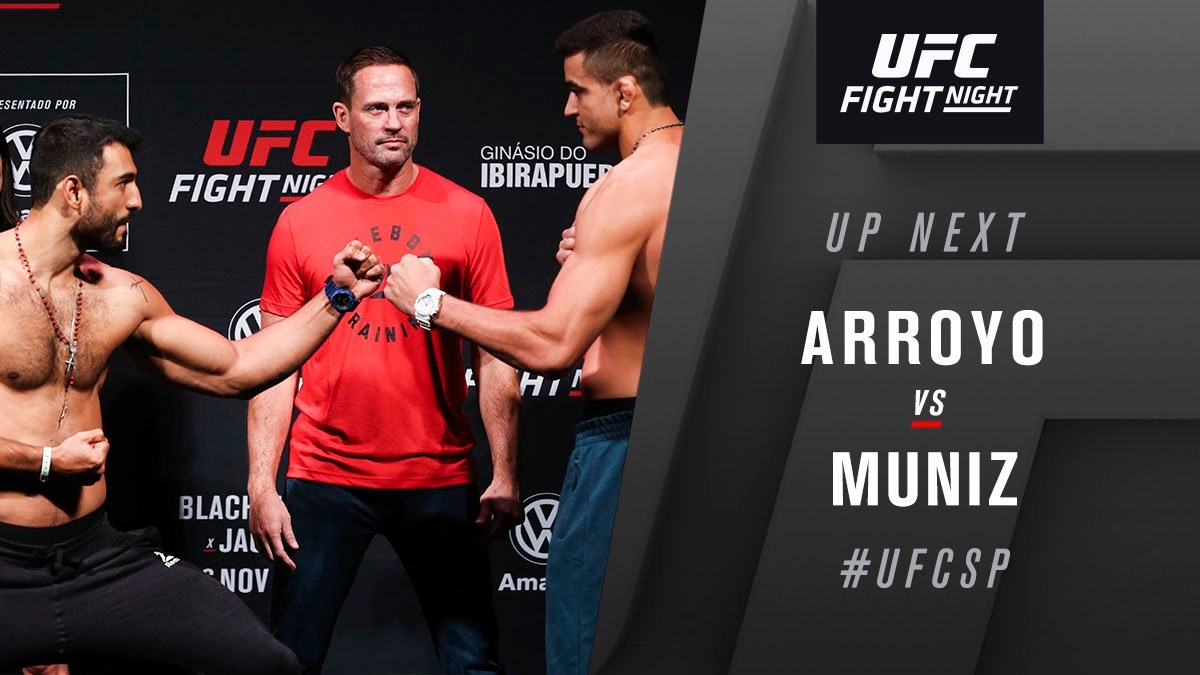 Middle weights Antonio Arroyo and Andre Muniz both were signed in the Contender Series this summer and in Sao Paulo made their UFC debut against each other. Arroyo started fire fight by blitzing Muniz, as he landed a big kick followed by hard punches that got his attention. Arroyo then proceeded to take Muniz down but instead got tangled in an armbar. Arroyo was able to get out of it but Muniz took him right back down. Muniz used his crisp striking to work his way in on Arroyo early in the second round and from there on he tried on a neck crank, rear-naked choke attempt and then to a mount. With the first and second round being exciting rounds, the third ended up on brink of being a slow action paced dance. Even the crowd began booing relentlessly seeing the hesitancy between both the fighters.