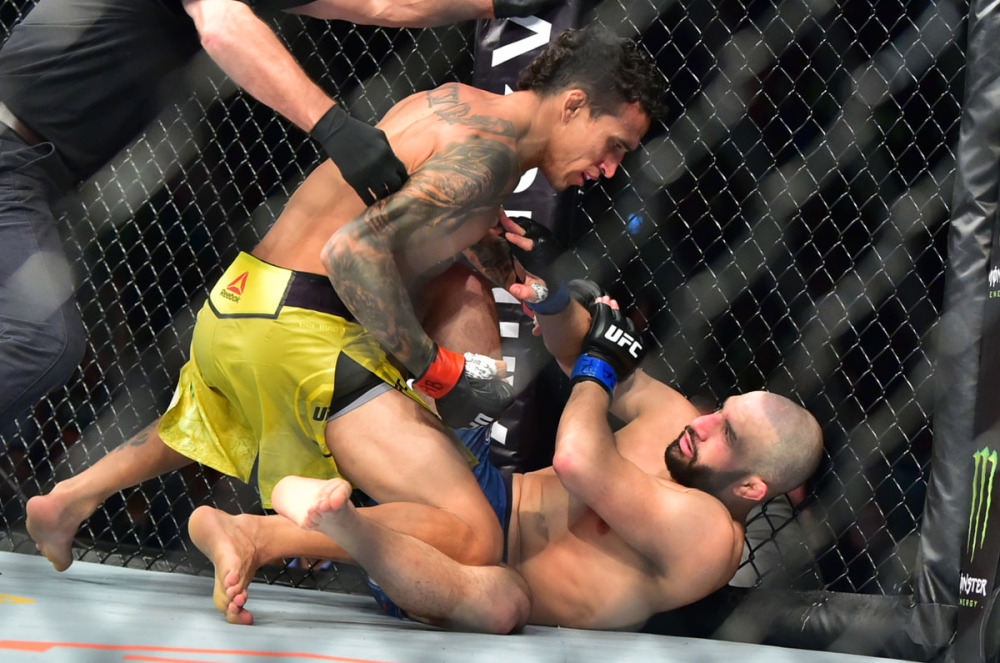 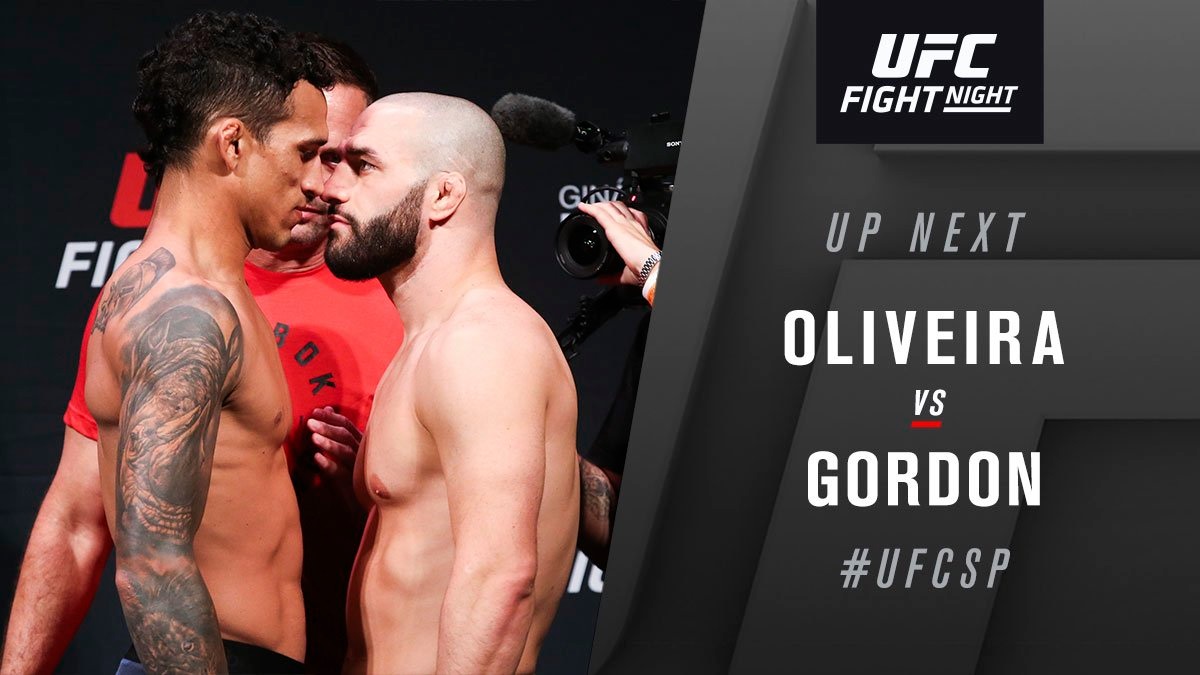 Charles Oliveira is very well on the road to create record inside the octagon as the UFC veteran stepped in for his 23rd UFC fight. That figure coincided with another milestone – He went 23 professional fights and nine years without winning by knockout. But the Brazilian changed it after scoring a first round knockout over Gordon.

His victory came through when Oliveira attempted a take down but after a scramble both the lightweights began exchanging leather.A solid right hand counter stunned Gordan and by the time he recovered Oliveira had landed a vicious uppercut that sealed the deal.

With this win, the 30-year-old Brazilian rides a six fight win streak over the past two years.

It doesn't need to hit the ground!