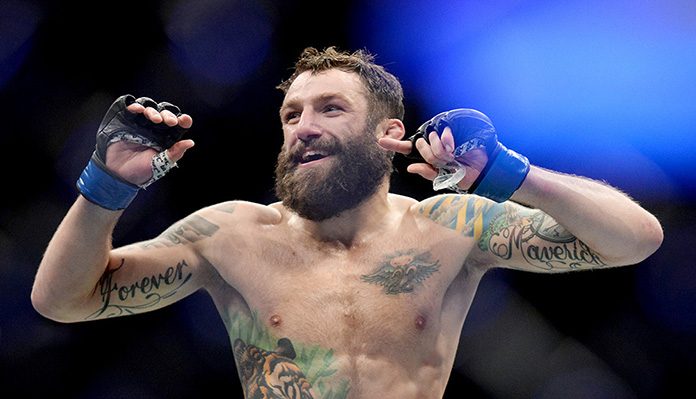 The comain is on deck! 😯

In the co-main event, Chiesa met his biggest test in the form of RDA, who brought his usual aggression and pressure. Chiesa worked up the distance and pressured the former lightweight champ up against the cage. He quickly took the back and began working on the RNC. RDA escaped the position relying on his experience and one he was back on his feet unleashed a couple of kicks. In the second round, Chiesa wanted to clinch more and secure a take down but RDA was smart enough to avoid them. Chiesa stuck to his gameplan but could not land any take downs. In the final act, Chiesa picked up a quick takedown and hold down RDA from half guard. Chiesa even managed to attack the far arm for a submission but RDA escaped and attacked Chiesa’s leg. Chiesa got a top position and began to punch away as the final seconds closed in.