UFC Fight Night 166 start time, who is fighting tonight at ‘Blaydes vs dos Santos’ in Raleigh 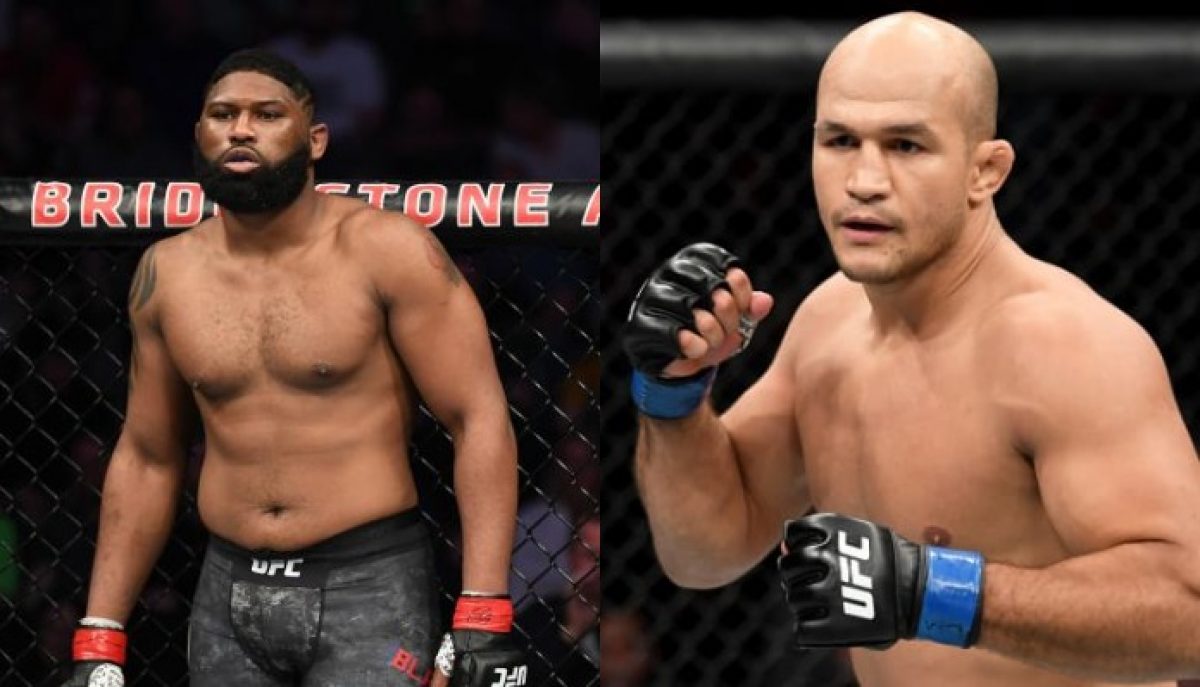 MMA fans are all geared up to witness another interesting fight which might have some implications on the heavyweight title this year. UFC is making its first appearance in Raleigh this weekend featuring Curtis “Razor” Blaydes and Junior dos “Cigano” Santos for the main event. Adding to the excitement, the co-main event will feature Rafael dos Anjos who will face off Michael Chiesa under the Welterweight Bout category to grab their titles. 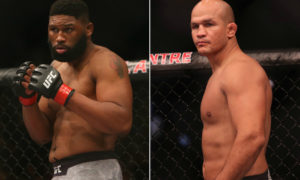 After a blockbuster evening with Conor McGregor last weekend, UFC fans are all set to witness some fireworks in the octagon with a stellar line up for the weekend.

Fight Night 166 is welcoming a tremendous main event fight between Junior Dos Santos and Curtis Blaydes which might not be a complete #1 contender’s fight but could have major title implications for 2020. Curtis “Razor” Blaydes enters on a two-fight winning streak, after his last victory over Shamil Abdurakhimov at UFC 242 in September. Blaydes, with his unmatched boxing range, is one of the best wrestlers to have come against Santos since the latter’s clash with Miocic in 2017. He’s ridiculously powerful, sneakily quick and truly devastating once his opponent is down.

The former Heavyweight champion, Junior dos “Cigano” Santos, on the other hand, is back after three straight wins, including back-to-back finishes of Tai Tuivasa and Derrick Lewis to re-establish himself as a title threat in the heavyweight ranks. Essentially, Dos Santos who has excellent footwork and a stiff jab tends to wilt and run out of steam if an opponent can corral him into the fence and rough him up close. This is a classic prospect vs. veteran fight to maintain the position in the ever-shifting heavyweight landscape. Both men envision themselves fighting for championship gold in the not too distant future, so UFC fans can expect a spirited affair to close out the night at PNC Arena this weekend.

The co-main event this week is a reminder of the abode of talent that exists in the Welterweight Bout division as Rafael dos Anjos is all set to face Michael Chiesa at the octagon this weekend.

The co-main event featuring Rafael dos Anjos (RDA) and Michael “Maverick” Chiesa is predicted to be a big fight given the fighters’ set of strengths and skills. A victory in this one would certainly make inroads for Chiesa to enter into the title contention, whereas Dos Anjos, on the other hand remains to be one of the most dangerous fighters out there at 170lbs.

Critics say that Chiesa who is an overall grappler, has excellent positioning, patience, and back-taking skills, whereas RDA, who has a unique striking fashion, heavily relies on his power, which gets him blown up entirely and ending up in a submission after being exhausted.

It’s said that RDA is a more nuanced striker who hits harder, but he’s still a shorter fighter attempting to get into range against someone who is the absolute best with his groundwork unloading heavy combinations on her opponents without slowing down at all.

Where does Cris Cyborg fit into the GOAT debate ahead of Bellator title fight?

Previous articleWhere does Cris Cyborg fit into the GOAT debate ahead of Bellator title fight?
Next articleAnthony Smith vs Glover Teixeira booked to headline UFC Lincoln