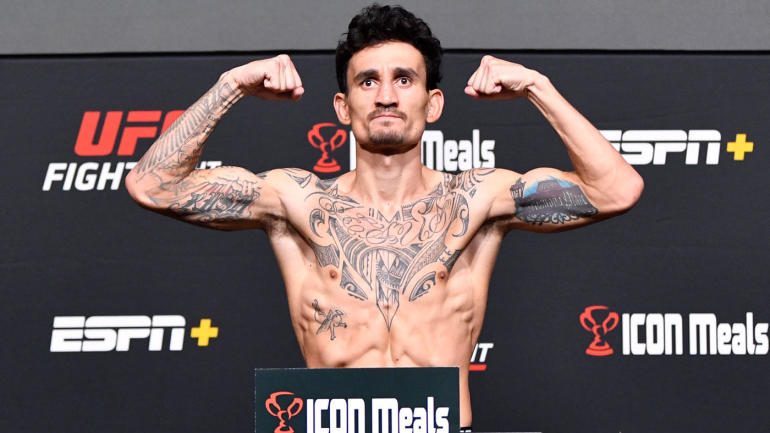 Max Holloway is once again climbing the padder towards a title shot at the UFC featherweight championship with the brilliant performance he put up against Yair Rodríguez in the main event of UFC Fight Night 197 which took place at the UFC Apex facility in Enterprise, Nevada. In his second win this year, Holloway defeated Rodríguez via unanimous decision 49–46, 48–47, 48–47.

The bout started off with Rodríguez picking up the pace, landing a combo of strikes on Holloway and even though it looked overwhelming for the Hawaiian at first, ‘Blessed’ gradually made things even and ended the first round with a brutal right hand that left Rodríguez with a cut under the eye.

Holloway started to land heavy punches on Rodríguez in the second round while the latter kept targeting his opponent’s leg, but ‘El Pantera’ was seemingly slowing down and eventually hit the canvas in the third as Holloway went in for a submission. Rodríguez was able to get back up on his feet and return a heavy barrage of punches on Holloway.
However, ‘Blessed’ had already taken the grip of the fight, using his grappling technique mixed with heavy strikes, and both fighters went into the final round swollen and with several cuts. With the fight reaching its final horn, it was Holloway who won the judges’ favour with all three of them scoring him 49-46, 48-47 and 48-47.

“All love to Yair, this guy is a beast,” Holloway said after the fight, “to be the best, you have to beat the best. And the best is Blessed. They can come after me, baby.”

Previous articleKhabib Nurmagomedov to Tony Ferguson: ‘For the last three years Tony Ferguson you never won a single round in the UFC’
Next articleChael Sonnen lashes out at Max Holloway: He got blessed by being a pain in the a**