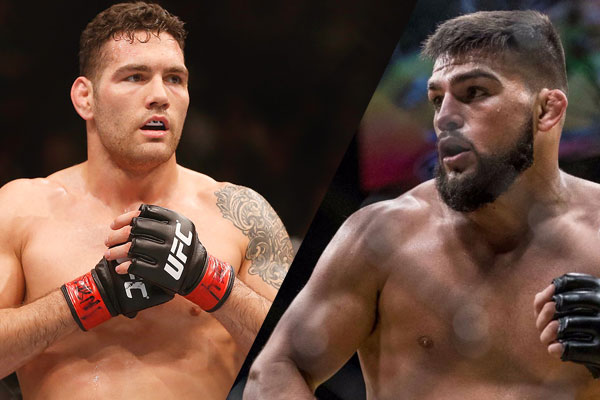 The fifth straight UFC event this month is taking place this Saturday, 22nd July for the first time at Nassau Coliseum in Long Island, New York and despite having local favourites on the card, this event has so far unable to garner the attention like the previous cards. So, let’s dive in and take a first-hand look at this weekend’s UFC event.

Who would have thought that the guy who beat Anderson Silva twice in a row, won the middleweight championship belt with an undefeated record, defended it twice would now be battling for his stay in the UFC. Chris Weidman enters the main event with a three-fight losing streak, his back against the wall and with another loss against the young gun Kelvin Gastelum would not only drop from rankings but also put him in a danger zone. Since moving up to middleweight, Kelvin Gastelum has amassed a 3-0 record and is confident to be the next in line for a title shot after defeating Weidman. Hopefully cutting weight would not be an issue for Kelvin, but can he really hang with a top middleweight like Chris Weidman for five rounds remains to be seen. For Chris, there is nothing that would surprise from Kelvin’s arsenal of strikes and wrestling. If only he could find his timing, rhythm and deal with the basic jab cross set ups then he would have his hand raised in the end. 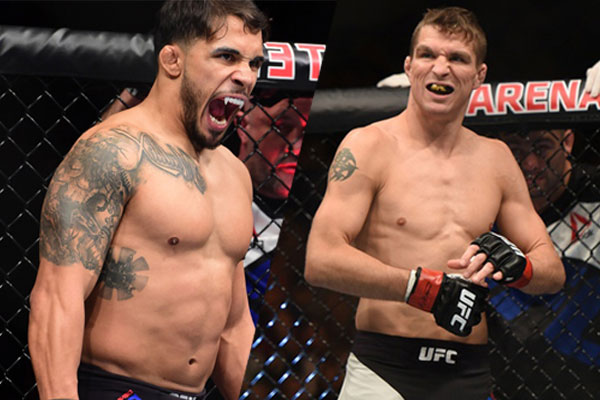 Another NY native Dennis ‘The Menace’ Bermudez fights in the co-main event against Darren Elkins. Both these featherweights are have gone the distance in their previous bouts and another back-and-forth action fight is in store given their toughness, durability and ground game. Bermudez 2-3 in his last five fights, with his previous loss to Korean Zombie via KO. Darren on the other hand, had a remarkable comeback in his previous fight against Mirsad Bectic, when he KO’ed his opponent in the third round after being far behind the scorecard. 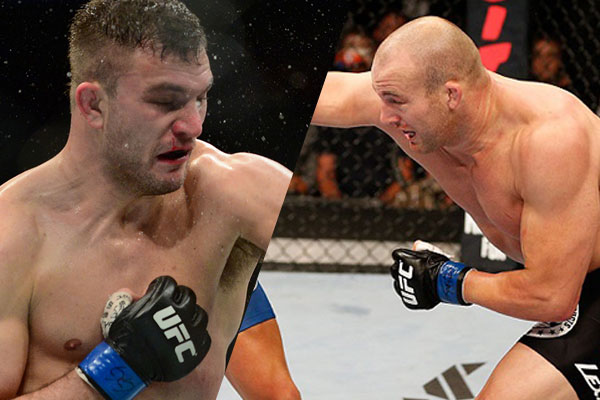 Gian Villante, the training partner of Chris Weidman has had mixed results (5-5) in his ten fights in the UFC and so does Patrick Cummins (5-4). Both these light heavyweights have not been able to get the wins against bigger name fighters. With his training camp going along with Weidman’s Gian should be well prepared in the ground game defending Patrick’s take downs rather than the striking. Patrick is susceptible to take hits easily, has a large hole to full in his striking but if he can absorb the beating, get through and stick around then he would grind the opponents to a decision victory. Gian must utilize his cardio economically and defend against Patrick who statistically lands the highest rate of 6 takedowns per fifteen minutes of fighting in the UFC. 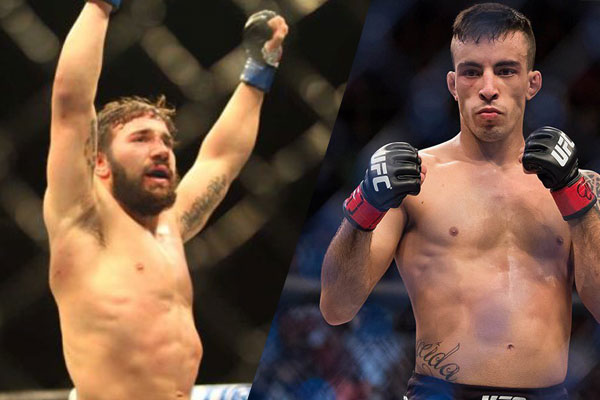 The nearly perfect fight record of both these bantamweights makes it hard to miss this matchup. Jimmie Rivera enters the fight with a 19-fight win streak in six different organizations. Thomas Almeida was on a 20-fight win streak until he got knocked out by the current bantamweight champion Cody Garbrandt in the first round. Thomas has a striking advantage with his Muay Thai background and has finished 17 of his fights via strikes with high volume punches and kicks. Despite winning majority decisions in his career, Jimmie has proven that he can stand and trade with the best in the division. Thomas the taller fighter will look to capitalize his longer reach against the stout Jimmie Rivera who would look to put on pressure by mixing his strikes with takedowns.