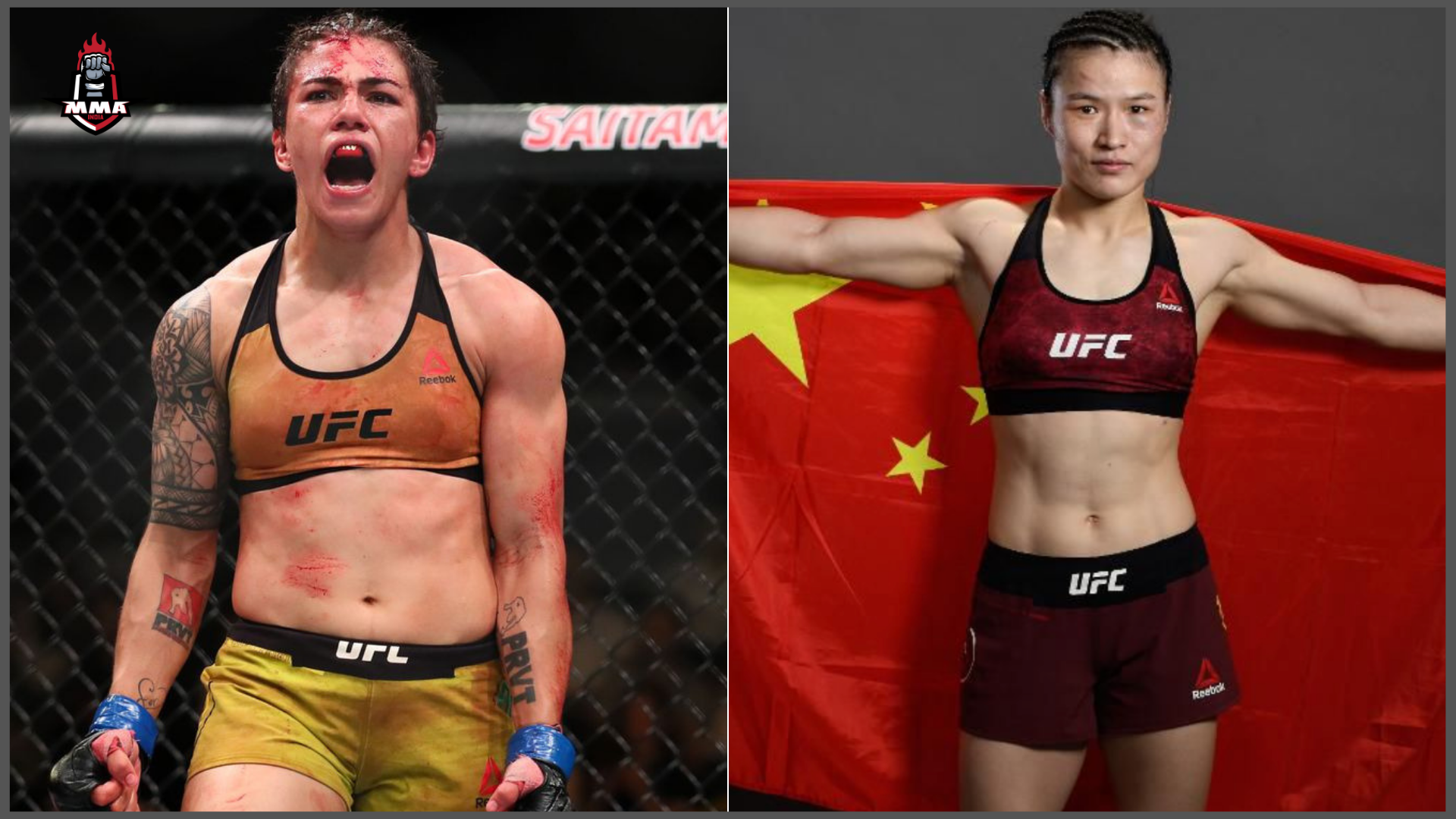 UFC FIGHT NIGHT® SHENZHEN sponsored by AirAsia will feature the historic first-ever world championship bout in China between two of the best female fighters in the world as UFC strawweight champion Jessica Andrade faces China’s own top-ranked challenger Zhang Weili. Andrade (19-6, Brazil), a UFC competitor since 2013, is on a four-fight win streak that includes three Performance of the Night awards culminating in winning her title by defeating former champion Rose Namajunas earlier this year. Zhang (19-1, China), undefeated across 19 bouts and known as the best female fighter in China, has surged into the worldwide top ten in just one year of impressive UFC action.

In the co-main event, the most prolific Chinese fighter in the UFC, Li “The Leech” Jingliang (15-5, China) will get a chance at a ranked bout against UFC number 14 welterweight Elizeu Zaleski Dos Santos (21-5, Brazil). Li scored Performance of the Night awards for his incredible knock outs in UFC Beijing and UFC Shanghai. Dos Santos is on a seven fight win streak that includes three performance awards for his exciting style.

REMAINING BOUTS ON THE CARD

Two Koreans are debuting in UFC on this card. At middleweight, Park Jun-Yong (10-3, South Korea) makes his UFC debut against Anthony Hernandez (6-1, USA) in the American’s second time in the UFC. At light heavyweight, Jung Da-Un (7-5, South Korea) will face stand in Jamahal Hill (6-0, US) who just won on Dana White’s Contender Series.

Two Russians will engage in action, as Damir Ismagulov (17-2, Russia) will take on Thiago Moises (11-3, Brazil) at lightweight, and hot prospects Movsar Evloev (10-0, Russia) and Mike Grundy (11-1, UK) meet in the featherweight division.

When the lights come up, the music starts pumping, and the action begins, there is nothing like the energy of a live UFC event.

“For people who have haven’t seen one of these events yet, it is the most exciting live sporting event you will ever see. And we have two of the most exciting female fighters in the main event for the world title, it couldn’t be better.”