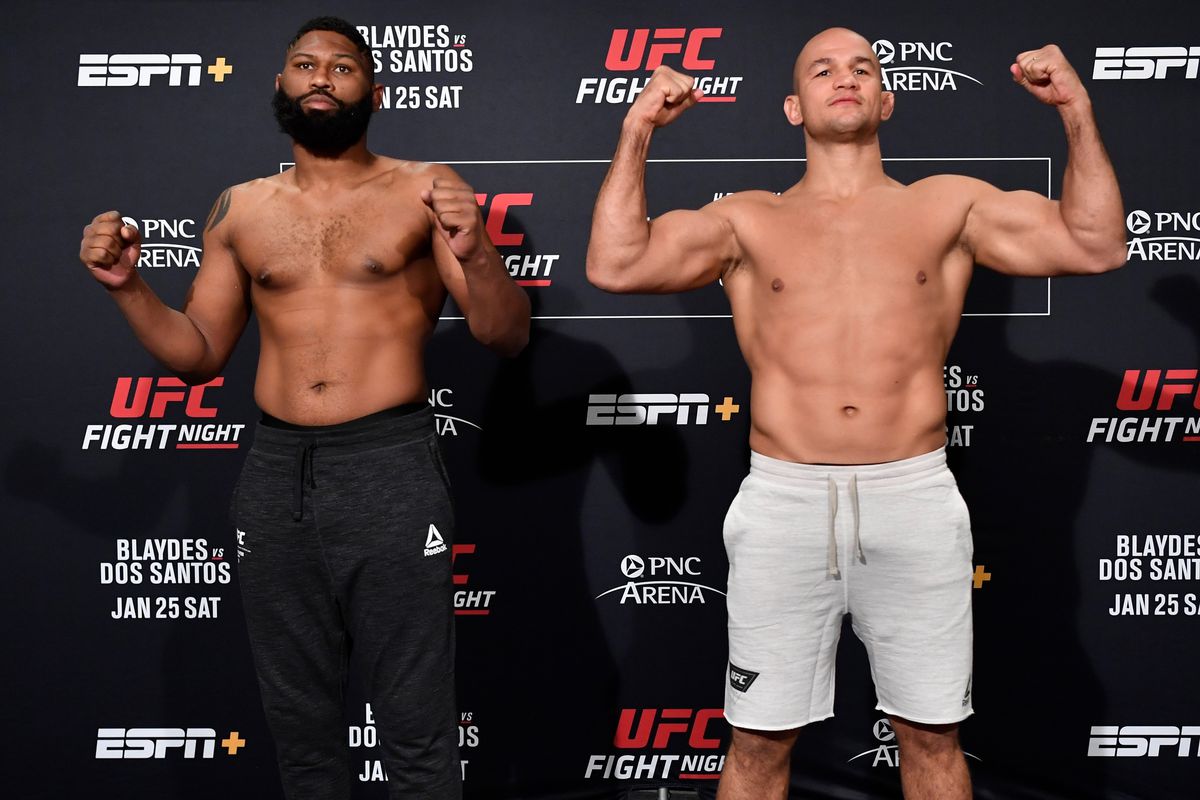 Jamahal Hill was without a doubt the man of the moment as he controlled the entire stand up with his crisp striking and light foot work. Right from the first round, Hill showed up to fight as he constantly landed punches from his range. Hill put up a lot of out put in the first round, which could affect his speed in the later rounds. Stosic is fully aware where the fight is heading, decided to charge forward looking to land, but eats a counter. As the fight moves in the second round, Hill lands punches to the body and head then adds up kicks to the midsection too. Stosic is struggling to beyond Hill’s aggression but ends up eating a front kick to the body. Stosic is having very little success so far. Just as the third round begins, the corner’s advice to take Hill down resonates with Stosic, who drives in for a take down and lands it. He begins to to land some big shots and Hill shows urgency to get back up and manages to drive to his feet. Hill continues to land some big shots but Stosic ends up securing another take down but the clock runs out.

Angela Hill defeated Hannah Cifers via TKO in Round 2

Angela Hill competed four times in 2019 and was more than willing to step up when Hannah’s opponent pulled out in the days leading up to the fight. Looking to make a quick turn around and confident of picking up a win over Hannah, Hill fully capitalized this opportunity to kick start her 2020. In the first round, both straw weights exchange a series of punches but Hill with her reach advantage gets the most of it. Hannah is struggling to get inside and land any of her strikes on Hill. Her attempts to clinch get sidelined as Hill’s Muay Thai background is making her difficult to even get close to her. Hill ends the round with a right hand and a spinning back fist that lands clean. In the second round, Hannah senses urgency and begins to throw leg kicks and punches in bunches. Hill relies on her Muay Thai to clinch Hannah and then proceeds to sweep her onto the mat, landing in side control. Hill gets the full mount and is in a dominant position. Big elbows and punches land on Hannah who struggles to defend. Hill is known for her ground and pound and as she lands few more brutal elbows ref watches closely. As Hannah starts to bleed, the ref stops the fight at 4.26 mins of the second round.

Alex Perez just needed half round to get his fifth win inside the Octagon. After landing a leg kicks, Perez lands clean combination of punches that lead him to a take down from the clinch. Once he was in the half-guard position he set up an arm triangle choke. Perez then adjusted his position to make is a bit tighter squeezes Espinosa until he goes into sleep at 2.33 secs of the first round.

HE'S OUT! 🤯@AlexPerezMMA with an absolute masterclass finish!

The comain is on deck! 😯

In the co-main event, Chiesa met his biggest test in the form of RDA, who brought his usual aggression and pressure. Chiesa worked up the distance and pressured the former lightweight champ up against the cage. He quickly took the back and began working on the RNC. RDA escaped the position relying on his experience and one he was back on his feet unleashed a couple of kicks. In the second round, Chiesa wanted to clinch more and secure a take down but RDA was smart enough to avoid them. Chiesa stuck to his gameplan but could not land any take downs. In the final act, Chiesa picked up a quick takedown and hold down RDA from half guard. Chiesa even managed to attack the far arm for a submission but RDA escaped and attacked Chiesa’s leg. Chiesa got a top position and began to punch away as the final seconds closed in.

Curtis Blaydes defeated Junior dos Santos via TKO in Round 2

GET TO YOUR TV!

#3 Ranked heavyweight, Blaydes claimed he would get JDS ont he ground in the first round using his wrestling but he had to struggle to keep up with his word. But in the end, he didn’t had to use it to win the biggest win of his career. Blaydes was pressuring JDS right from the start and looking for a take down. JDS was aware and kept his hands low. He looked to land his signature right uppercut but missed his mark. JDS landed some heavy blows that changed Blaydes’ mind from striking to look for take downs. JDS was smart enough to evade and stuff his attempts while looking for a big shot from his right punch. The turning point came in the second round when Blaydes faked a take down and hurt JDS with a crushing right hand following up with couple of knees to the head. JDS was hurt badly and covering up himself. A barrage of right hands against the cage saw JDS crumbling in pain and the referee stopping the fight at 1.06mins of the second round.