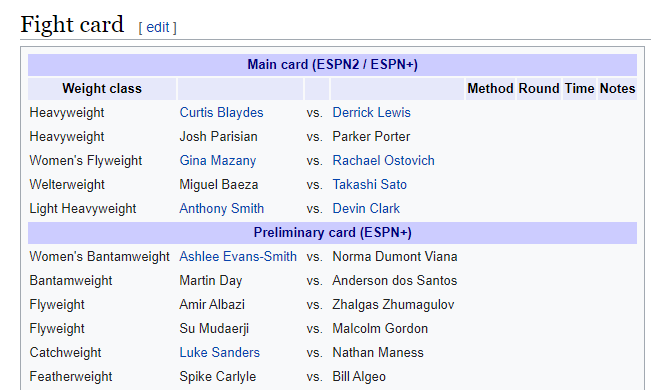 UFC heavyweight contender Curtis Blaydes has given a controversial comment regarding some female fighters. He said that he has issues with the female fighter who ‘sell their body’ for better placements in the organization.

The 29-year old heavyweight took to social media and called out some of the female fighters. He, however, made it clear that he had no issues with the female getting preferential treatment based on their skills or their hard work. 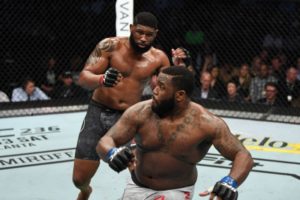 “I’m a girl dad so lemme make this clear I’m not against female athletes getting publicity and media push and love from fans when it’s deserved and earned through legitimate hard work and grinding,” Blaydes said(transcript via MMA Mania).

“My issue is why do so many female athletes complain and gripe about being overly sexualized by fans/media but then at the same time many of them are profiting off said sexualization thru media endorsements, high profile placement on fight cards, and overall popularity which leads to many other financial opportunities?”

“I don’t hate hustling either like if that’s how a female wants to pay her bills thru her body which is what many strippers do and I have no problem with either hustle but you can’t live life that way and expect to garner the same type of respect and love that real grinders get,” he added.

Blaydes then named top strawweight fighters Paige VanZant and Rachael Ostovich. He said that both female fighters are only at the UFC roster because of their looks.

“So you telling me Paige Vanzant and Rachel Osto-whatever actually deserve time remain on the UFC’s roster for their ‘athletic achievements’ and their not just on cards for their sex appeal?

“Cause if I’m wrong about that then I guess the whole premise of my original statement is wrong and I apologize but if you’re a legit fan of MMA you couldn’t possibly believe the two females I mentioned are on the roster for anything other than the fact they look good in bikinis.”

Do you guys agree with Curtis Blaydes?